Next day it was time to see...ALLIGATORS!!!
We are in Florida after all. :)

I got the advice from one of our colleagues in Orlando to go to Lake Jesup, the "most densly populated alligator lake in eastern USA".
Sounds good (but scary) - so I went there - and to the Black Hammock. 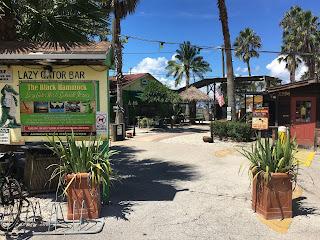 We set off in this loud air boat och started sniffing the shoreline. 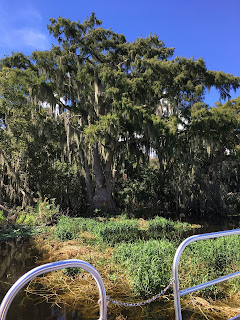 No alligators so far, but...cows! 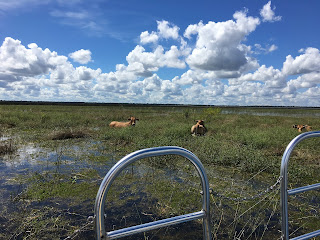 Apperently they don't scare easily. If an alligator comes...they just kick it. The alligators do not dare to come close.
Killer Cows! :)

Sadly this was pretty much all the animals we saw during the boat ride. It's not alligator season so they were all under water so I did not get to see any at all. :(

There was one or two baby alligators at the landing site for the boats though. Always something.

During the evening, me and one colleague that was still lingering around took the car to Cape Canaveral.
SpaceX was about to launch a rocket!

One single Falcon 9 was to take a Telstar 18 Vantage satellite.

The same Orlando colleague with the suggestion of Lake Jesup gave us direction to a great place to watch the launch - and he told us to be there three hours before the launch window.

About one hour and 15 minutes into the launch window - they launched. 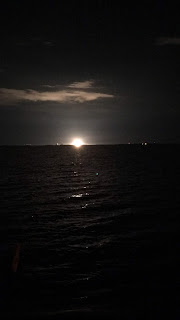 OMG! It was incredable! 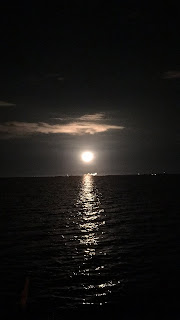 Even if it was just one Falcon 9 rocket - and it was a night launch - and that the rocket would not return and land where we would see it - it was without a doubt the highlight of this trip.
And most likely the highlight of the year for me. 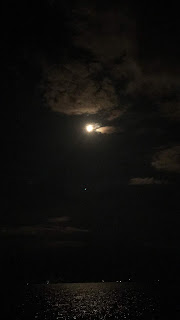 I never thought I would ever get to see a launch. So lucky to be in the right place at the right time. Woohoo!

Afterwards we took some time just to catch our breath again and then we drove back to the hotel for some well deserved sleep.
Posted by Halo at 10:59 am

Awesome! I am truly jealous of you. To see a launch is very high on my bucket list...