My plans for today was to get to the top of Lycabettus Hill, the highest point in Athens (277m above the city).

There is a funicular going up there, but what's the fun in that?
(usually plenty by my experiences from other funiculars...  :)

However I decided to walk up.

This is how part of the track looked like: 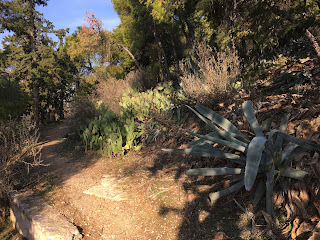 But eventually the walk path got a little better. 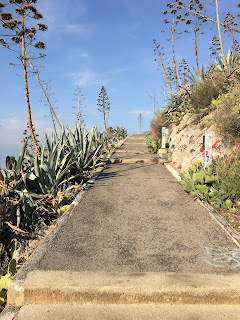 It took about an hour to walk from my hotel to the top.
And it was exhausing, at least the first part of the hillside which was pretty steep.

But eventually, I got there. 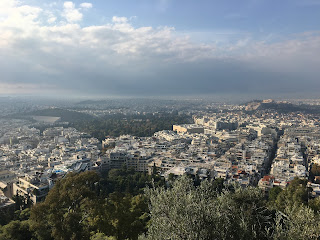 The view up here is spectacular, you can see pretty much all of Athens. Well worth the walk up.

I spent a few hours here; reading, having lunch (kebab in pita bread) and watching the view. Very calming.

Then I walked down again to the busy streets and back to the hotel where I hovered for several hours.


At night I went out for some dinner; I went to a restaurant (which I never found out the name of) and ate lamb in lemon souce and had a ”black beer”, the greek Fix Dark.
The beer was by far the best here so far, but that does not really say anything. But at least it tasted something!
The food was ok.


When I got to the hotelI went to the bar on the roof for some Ozo and a plate of cheese and stuff. Nice end to this day. 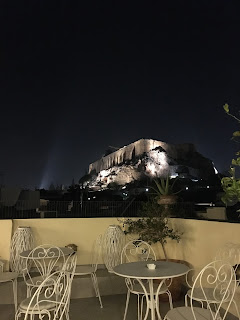