Got up really early (03:30) to get to the airport and catch a flight to CdG in Paris. There I transfered to another flight that would take me to Athens and make sure I could check off another item on my 21-list.

During the flight to Athens we flew over the beautiful Alps. 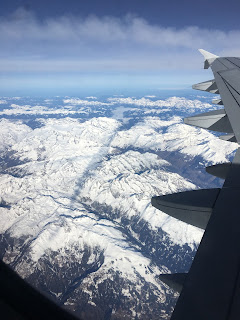 From the airport I took the Metro to central Athens,it was very easy find the way and get tickets.

I did however have a hard time finding the hotel; the streets we not easy to follow and the hotel sign was not very big. But eventually I was there; the Home and Poetry Hotel.

The staff were supernice and I got the room Solomos (they have named all their rooms after Greek poets).

Not stopping for long, I headed out again. I passed the Hadrian's Arch and got to the ruins of the Temple of Zeus. For such small remains, it was actually pretty nice. 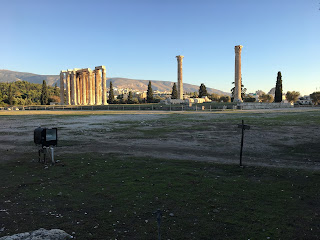 I walked on towards the Panathenaic Stadium, where the olympic flame is handed over to the host nation after been lit in Olympia and travelled over Greece to Athens. The tourch was actually handed over to South Korea just a month ago. 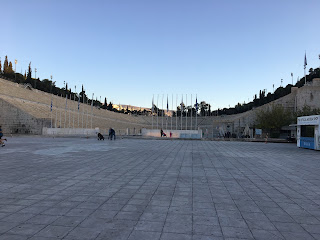 It's an amazing stadium where you really could feel wings of history.
And so much marble! 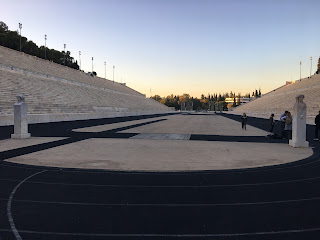 Then I walk across the National Garden towards my hotel. I first stopped at a restaurant (called Saita) where I had Sovlaki and tried the greek beer Eza.
The food was good! The beer not so much.

Back at the hotel just in time for some sleep.
Posted by Halo at 5:29 pm