After making short visits to Shanghai And Beijing the last six months; Hong Kong was last on my "China-list".
Here is what I did that weekend.


I landed in Hong Kong airport during the day.
After immigrations, I took the train straight to Hong Kong island - then a taxi to my hotel; 9 Boutique Hotel.
They had four rooms and I don't think I have ever had a smaller hotel room than this. 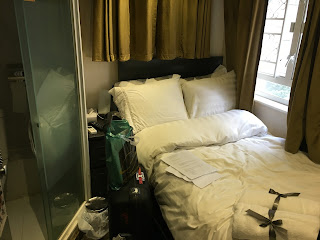 After a quick stop at the hotel, I went out to Hong Kong island again. 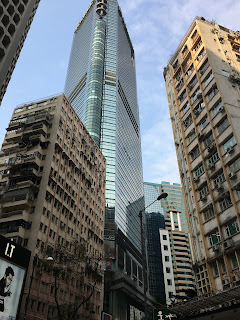 I took a taxi to the Victoria Peak tram station to ride the Peak Tram up the hill.

What I ment to do before I got here was to purchase a ticket to the tram online. But I never did and paid the penalty; standing more than one hour in line to the ticket office. 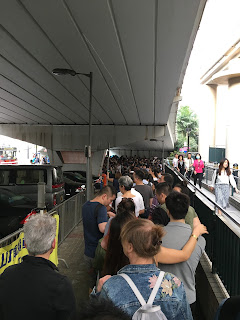 Finally I got to go! 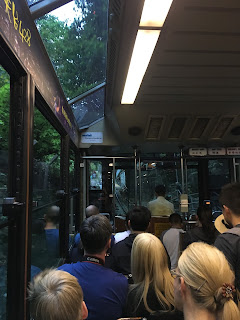 Up we went through the trees and to the Peak Tower.

It was a very nice view from the building! 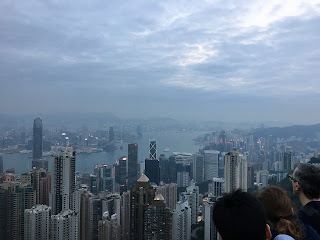 And it looked even better at night! 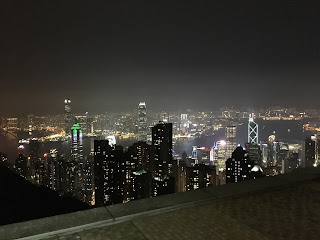 I ate at a japanese sushi restaurant at the top - not that good though. :(

It was a long line to get down as well; almost one hour,..

Then straight to the hotel to get some sleep.