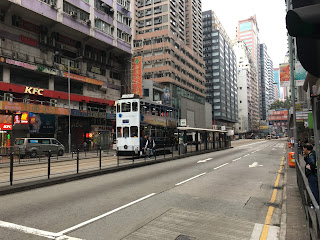 I walked to the subway station and took the train to Tung Chung; I am going to the Big Buddha statue the Tian Tan Buddha.

The cable car was not operational so I took bus 23 to Ngong Ping.
It was a beautiful ride through the lush, green mountains of Lantau island. 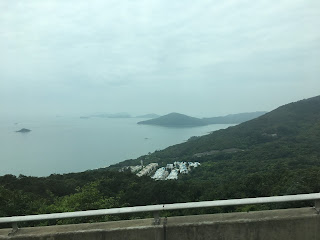 When we got closer we could even see the staue from afar: 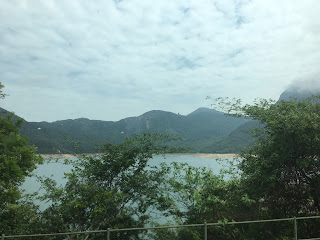 After about 50 minutes we had reached our destination and I was there! 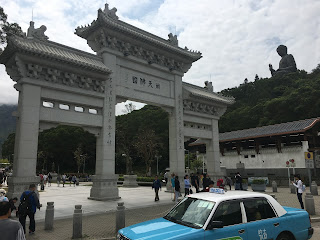 It took a few steps to get to the top, but eventually I got there. 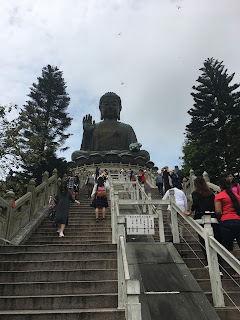 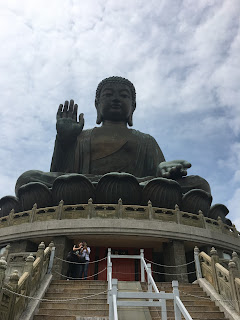 But it sure wasn't small.
Either way, it was cool to be here. :) 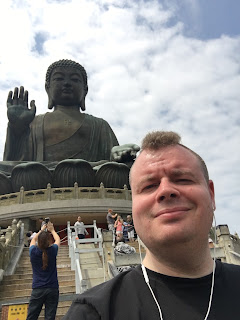 There were also some smaller statues around the Big Buddha. 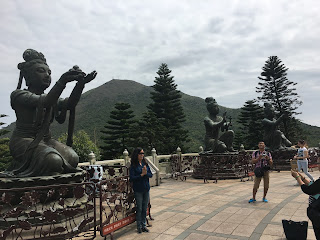 After seeing the Buddha, I took the bus back - and then the subway to Kowloon, which is the main land part of Hong Kong city. 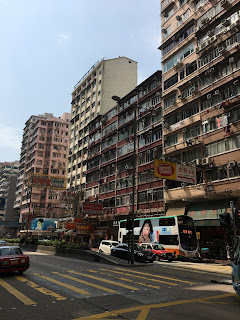 Here also smaller (and older) buildings could be found next to the tall skyscrapers.

I went through Kowlon Park and finally arrived at the The Garden of Stars.

Here they celebrate the movie starts of Hong Kong. There were a lot of hand prints from actors/actresses like Jackie Chan, Chow Yun Fat, Michelle Yeoh, Jet Li, Maggie Cheung and Raymond Chow.

But the main reason for being there is that they have a statue of the big hero; Bruce Lee 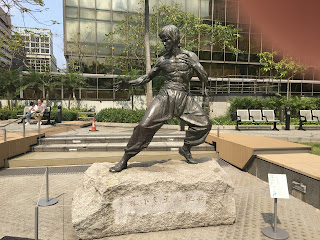 I also went to the pier and took photos of Hong Kong island; this is a panorama picture of said side:

After this I took the Star Ferry over to Hong Kong island.

I walk back to the hotel and... didn't really do that much more during this day (truth is I fell asleep at five in my bed and didn't wake up until around midnight).


Tomorrow I will go to inland China for work so this is the final day-report for this trip.
Posted by Halo at 9:00 pm