So my computer - or the hotel web server - doesn't want to play ball in Gibraltar. But now finally I have internet again. Let's just see for how long...

Up early to catch the air plane to Gibraltar at 8am.
The flight took about three hours and I continued read the book I started yesterday; "Metro 2033" by Dmitrij Gluchovskij (pretty good so far!).
After landing on this landing strip which is party built out over the water, we went outside and was greeting with hot air and nice weather. And just beside the landing strip, there stod the mighty Rock: 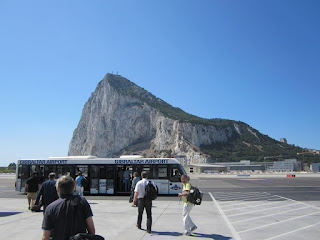 We entered the small airport terminal 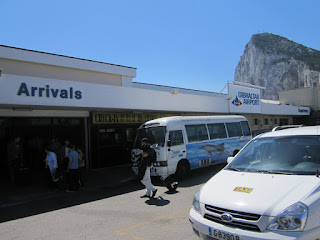 and the first thing that greeted you when you had passed customs was this poster (although this photo is taken elsewhere): 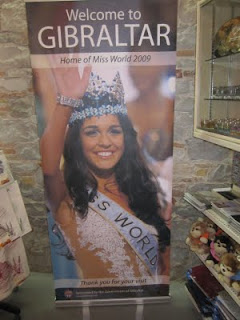 She looks cute and all, but it felt kinda strange that this is what they want to promote first for visitors to Gibraltar.

To get to the city of Gibraltar, you have to pass the runway. 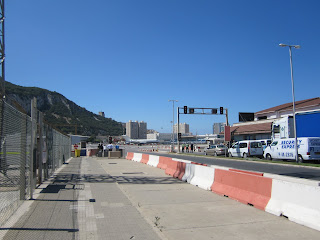 Yes, the mainroad between the airport (and Spain for that matter) and the city goes right over the landing strip. Apparently they close the road about 3-4 times a day to allow air planes to land and take off. How long varies but I would guess 20-30 minutes. They don't like it when planes are delayed...

I took a taxi to get to my hotel; the O'Callaghan Elliot Hotel, 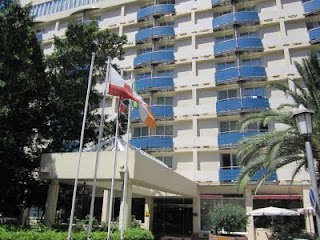 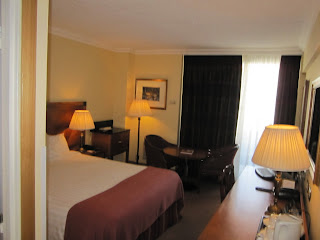 I put my bags in the room and went out to have a look around. 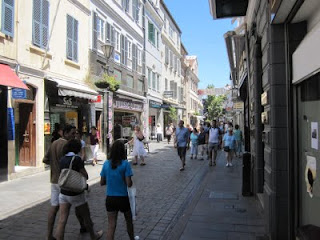 Gibraltar is very much like I imagined it; small and old. 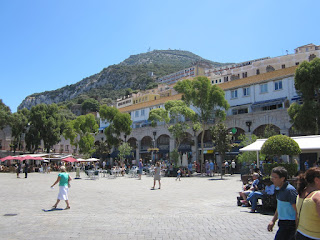 Apparently Dophin tours are common here so I figured I better try one. 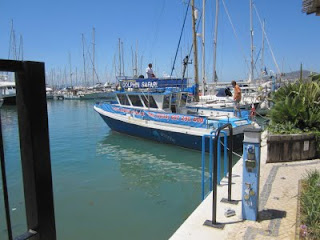 I went with the "Dolphin Safari" (there were a few to choose from) and it was OK. We saw about 10 common dolphins all in all (some was very tiny and had been born just days ago) so I can not be disappointed - but I was hoping to see other kinds of dolphins as well plus things like whales and fly fish (as was mentioned in the brochure!) 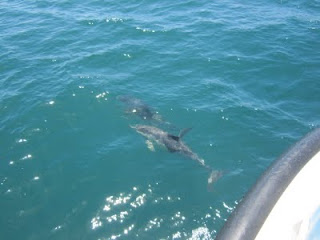 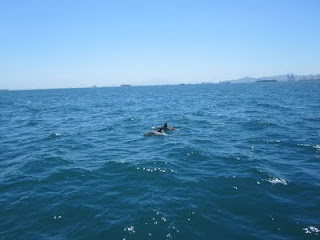 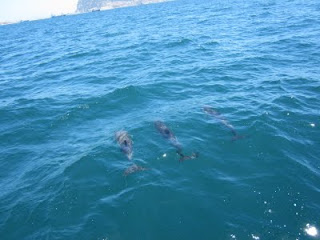 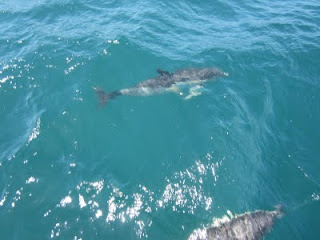 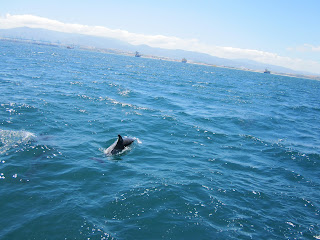 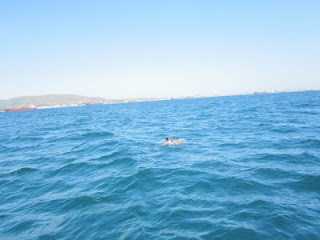 After about 90 minutes we were back on land.

Worth mentioning from the harbour was this big yatch called "Quantum of Solace" with the name written exactly like the Bond film with the same name: 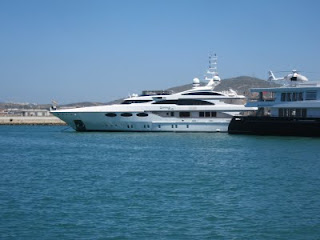 I went back to the city centre again and went to the Gibraltar Museum, which was OK (larger than it looked from the outside!). After this I ate Fish & Chips at The Angry Friar.

I continued walking across the city to look at "The 100 Ton Gun". It's a large gun that was built about 130 years ago to protect Gibraltar from invading ships. It was pretty big: 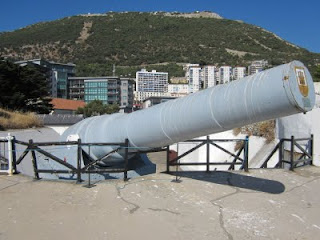 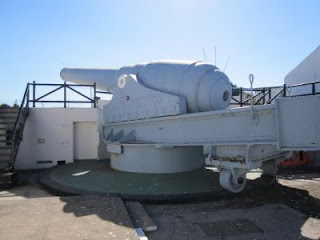 Then I walked back to the Hotel again and even went for a short swin in the Hotel's pool on the roof. It was nice.
Posted by Halo at 7:15 pm