Today it was time to go over the Strait and visit Morocco.
I had already understood that the boat from Gibraltar only went once a week so I had to go to Spain to get to Tanger.

So I took a taxi to the Spanish border and the taxi driver told me that I couldn't take a boat from the closest Spanish port, I had to go to Algeciras - so that's what I told my Spanish taxi driver once I passed the border and found myself a new taxi (the border is no problem at all by the way, despite the things I had read online before going here).

Then I got to the port at Algeciras and went to the ticket booth.
And there they told me that the ships departing from this harbour only went to Tangier Med - not actually Tangier.

I had my doubts (and still have), but I played along and it seems I had to go to yet another city; Tarifa, about 30 minutes with bus from Algeciras. But there was a bus leaving any minute and I would get to the 12:00 ferry with that.
So I waited.
Not long after this, they realized that the bus was nowhere to be found! (or had left early, not sure - not many of the Spaniards spoked English). So what now? First they suggested that I could either take the next ferry (at 14:00 which I thought was too late for me) or take a taxi to Tarifa (something I did not like since I was not about to pay even more for this trip).
But eventually they decided to put me and two others (older Mexican women) on a taxi and they would pay for it.
Good enough for me!

And then they couldn't find a taxi! Time was running out and it took them 15 minutes to get hold of one. We got to Tarifa just in time. 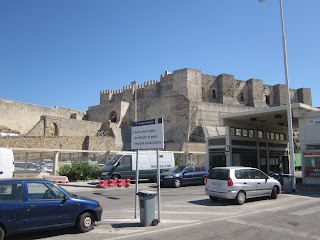 And after running around the terminal at Tarifa, I was finally on board the boat (catamaran) - and on my way to Tangier for more adventures! 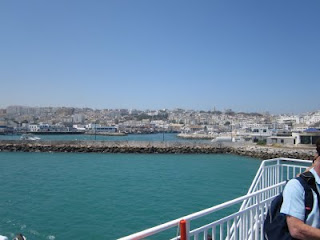 My plan was simple. Ignore all the group tours and pre-determined routes to "see all the sights". I was there for some Bond sightings! (and just generally see Tangier).
But this was also a big risk that I wouldn't see anything; all I really had was a few photos of houses taken on my TV screen while watching The Living Daylights. How would I ever find these places?

The solution came to me even better than I had imagined. And come over to me, he did. In tangier they have several private tour guide that does not work for companies or have tour groups.
And this guy recognized all of my photos!

So we set out in a taxi and he would tell me a lot of things about Tangier, showing me some interesting(?) places and views of Tangier 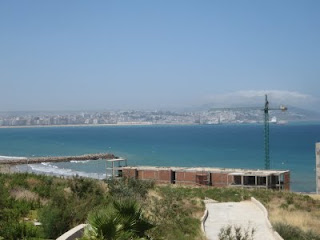 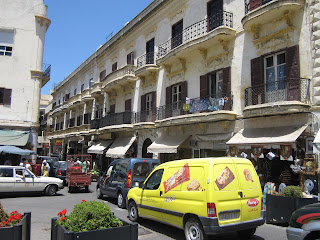 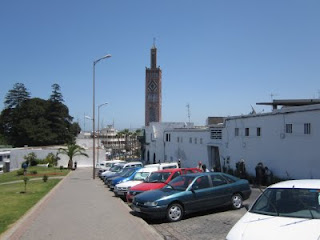 and then went to the places I really wanted to see; like the Grand Cafe de Paris 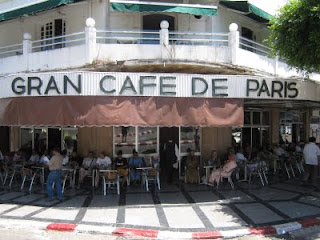 and this house which belongs to the Moroccan king (but is where Whitaker lives in The Living Daylight): 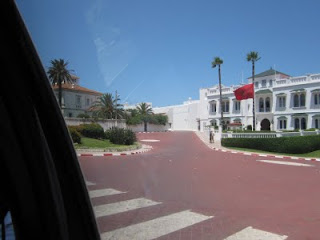 Then we went to the Medina (the big market district) where people tried to sell me things (and I bought only a few things, probably to a very high price, despite my successful bargaining). 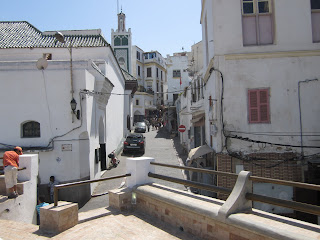 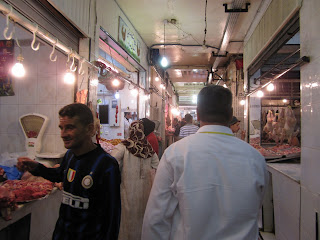 One thing I bought was a present for my girlfriend; a herb that will supposedly will cure snoring. :)
But here is how it looks: 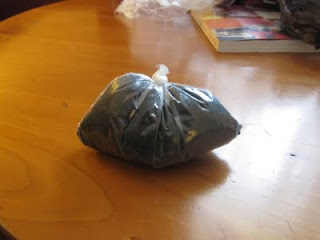 How will I ever get that through customs?? I can hear it now... "Mr Carlsson, could you be so kind and bend over?"

We also ate at a very small, but genuine restaurant. We shared both chicken and fish (I really hope the food was properly prepared and I don't get sick because of this).
But it was good - and really interesting to eat in this place. And of course there were not forks or knives, you ate with your hands.

Then it was time to go back (stayed in Tangier for about 4 hours in total). I thought before coming here I would stay longer to see it all, but my guide was very good - and I didn't want to get home too late.

My guide after me having worn him out after a hectic day: 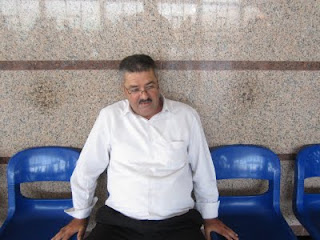 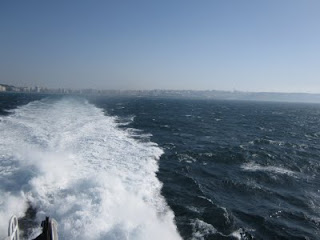 Then all the way back, using the same transportation as going to Tangier, except this time I really got on the bus Tarifa-Algeciras.

Came back to Gibraltar at about 21:30 and after looking around found a pub stilled served food; I found The Clipper and ate a nice burger.

Then back to my hotel. Last night in Gibraltar!
Posted by Halo at 9:27 am