Time to check out from the hotel.

I had a really nice stay here, I highly recommend it if you are ever in Vienna ("Hotel am Stephansplatz").
Since my flight does not leave until this evening, I left my luggage at the hotel and went out on the town.
I didn't really had any plans for today. I had gone through my ToDo-list faster than expected and the list was now empty.

But I had found a small Aquarium / Zoo - and it was located in an old flak tower here in Vienna so I figured I'd go there.
Zoo and Flak tower - two in one! :) 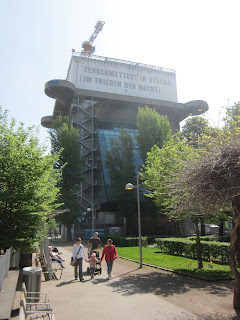 I started with the flak tower part and I went to the roof, where it was a very nice view of the city. However the flak tower exhibition was closed at the moment so there was not much else to see. :(

So I started to walk down and looked at the zoo's on each floor. Considering it's located in a flak tower it was larger than I had expected.
It had a tropic part with monkeys, turtles and birds - and many aquariums.

Here are some sea horses :) 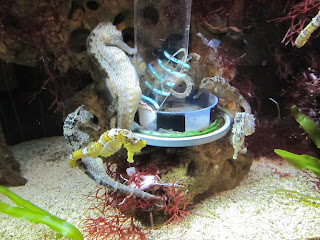 I was also lucky to see when they fed their giant snakes with (dead) rats. 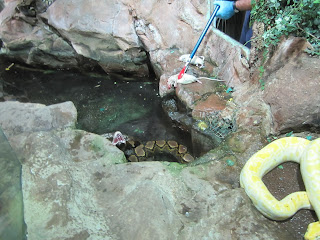 The whole tour didn't take that long though - and soon I was outside again, running out of ideas.

I figured I might as well have a look at the Albert Schultz Eishalle - the home of Vienna Capitals so I went over the Donau to see it. 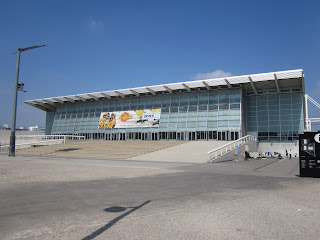 For some reason it has windows on the short sides (apparently the goalies can get the sun in their eyes during games!).

I managed to get inside and there was actually a game being played between Czech Republic and Russia! Not their official teams though, they looked way too old.
Not sure who was in those jerseys really... 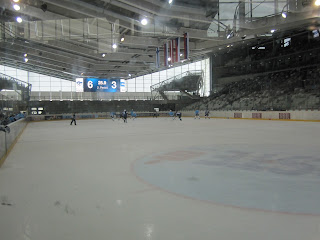 After this I went to the Naschmarkt to get something to eat, but I realized when I got there that it was closed on Sundays. :( 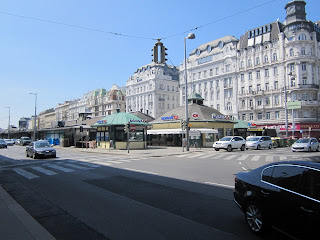 So I went to somewhere else and ate another Wiener Schnitzel (this time based on turkey according to the waiter).

After the meal I walked around a little more before I returned to the hotel to pick up the luggage.

Then I headed for the bus - and the airport - and home!