Usually I travel to places I want to see - and as a coincidence the same place usually happens to be a film location for some random James Bond movie. But this time it's different.

This time the only reason for this trip is to see James Bond locations - and mainly that of Piz Gloria; Blofeld's lair in 'On Her Majesty's Secret Service'. In real life a restaurant in the Alps called Schilthorn.
Since Bregenz is "close", I decided to go there as well - and hopefully get a real opera treat at the same time.

At Munich I transferred to a flight to Zurich. Once there I took the train to Bregenz; my main goal for today.
I had to switch trains twice; first time I had only six minutes to find my new train and get on it. The second time I only had three. Thankfully you can really trust the Swiss trains - I had no problems at either station.

At Bregenz, I went a little further; to a suburb called Dornbirn and my hotel for the night; Harry's Home Hotels.
I got room 234 and it was quite OK (once they cleaned my room which they hadn't when I arrived). 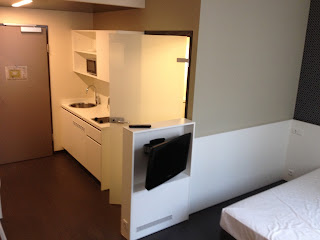 I went out for something to eat and found a nice place where I had a wienerschnitzen and beer. It was pretty good!

Back to the hotel I freshened up for tonight's festivity; to see the opera "The Magic Flute" on the Seebühne stage at Bregenzer Festspiele.

Now; this is the same place where Bond was in 'Quantum of Solace' (although they played Tosca at the time). I was very excited getting there.
My initial plan was to take a taxi back and forth to the opera, but I learned that taking the train took about the same amount of time and the train was free for opera guests (I live three minutes from the train at Dortbirn - and the Seebühne is another three minutes from the Bregenz station). So I took the train and was happy with that.

On site at the Seebühne, I recognize myself at once. It was just like 'Quantum of Solace' (although it felt smaller): 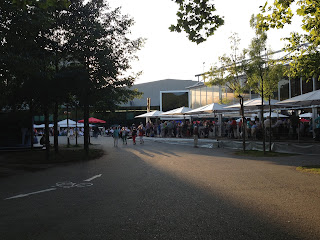 I looked around inside and found several places where they filmed; like here:


I also smiled my way into Greene's theatre box and was able to sit down for a little while. =) 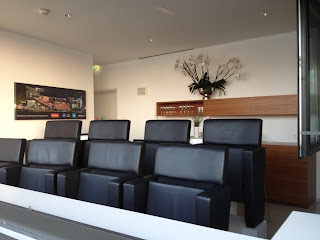 After all the Bond sightings, I changed focus to the opera I was about to see.

Here is some pictures of the scene: 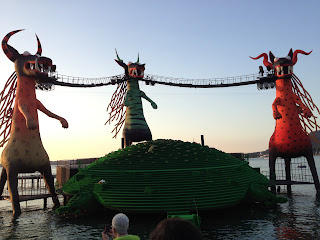 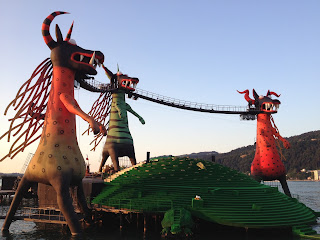 And then it started. And I was blown away.
This was something out of the ordinary. They really took advantage of the stage in the water - and what they have built on it. 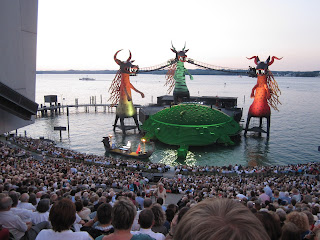 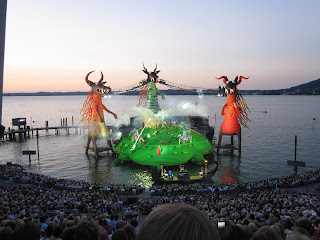 If you are an opera fan , it is your god-damn duty to see an opera here!

I am a bit worried though, seeing an opera here - will that make all future operas be... not so exiting? Like when you eat the perfect meal - and all the meals you will eat for the rest of your life will never reach that taste. You know what I mean?

After the opera, I took the train back to the hotel. I have another long day of travels tomorrow.
Posted by Halo at 2:24 am

It seems to have been a great start of the tour. I am really jelaous of your opera experience. I went to La Boheme at The Metropolitan I NYC a couple of years ago, and even though it was great to go to The Met, the show itself was somewhat underwhelming.