No plans for any Bond sightings today, but still a busy schedule.

I got up before 8am so I could go to Jungfraujoch early (the train takes two hours one way).

Unfortunately it was cloudy with a slight rain, but I was worried about not being able to see the view, but the weather forecast told me that tomorrow would be worse so I figured I might as well do it today.
Even though there were no clear sky, I still had a beautiful view from the train. 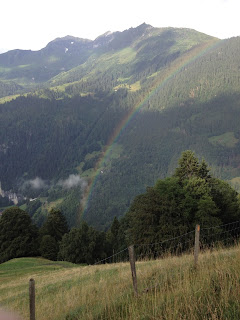 I travelled past Wengen, changed trains at Kleine Scheidegg and went up this amazing train ride.

The train to Jungfraujoch goes seven kilometres totally inside the mountains of Eiger, Münch and Jungfrau. It has two stations inside the mountains where you can get off and look out through several panorama windows.
Fortunately it was currently good weather conditions at this altitude: 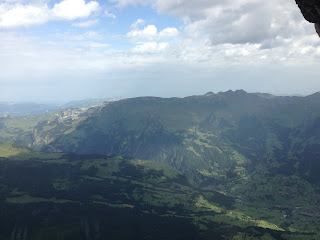 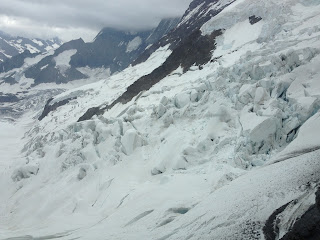 Then we reached our final destination; Jungfraujoch, a tourist site - as well as an research station (weather, environment etc).

I walked around the station and its tour. Unfortunate the weather up here was lousy again. It was cloudy and windy with rain so you couldn't see anything at all. 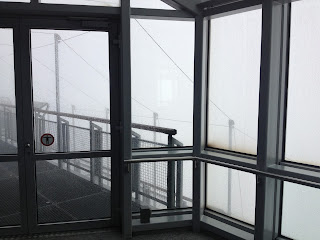 I still went out there to have a look though.

Note: When you go to Jungfraujoch, unless you are a viking, I suggest wearing warm clothes - especially in bad weather conditions like this.

I was the only one in the whole station wearing only t-shirt and shorts - and I still got out to have a look (many others peeked out the door and ran screaming back in again).
I think there were a few people thinking there were a mad man running loose.
It wasn't warm, but the coldness here never really bothered me.


Continuing the tour, I got to the Eispalats - a place that went through the side of the mountain and directly into the glacier outside. Inside the glacier they had cut out these maze-like tunnels - and in the walls they had made several ice figures. 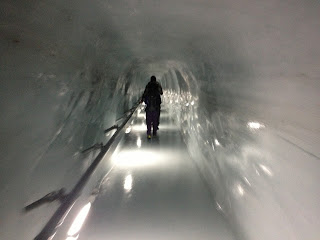 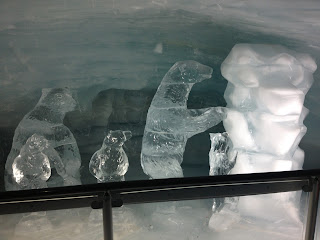 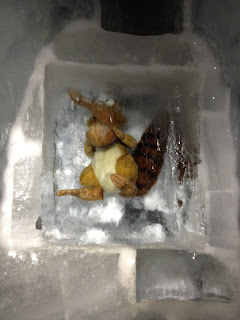 The Eispalats was really cool and alone worth the trip up (I mean, how many can say they have been inside a glacier?!)

After this I took the two hour train ride home again.
The part inside the mountain takes 30 minutes + the two stops at the panorama stations going up (five minutes each). Amazing accomplishment - and it was all made a hundred years ago!

Btw; why isn't this railway in the "Seven technical wonders of the modern world"??? It should!


Back home, another adventure waited. I had signed up for some canyoning this afternoon.

I went with a company called Alpin Raft (they also do other things besides canyoning) which were very good - I highly recommend them!

They had a few options of canyoning and I have chosen the shorter 3,5 hours tour, since I didn't have time for the longer ones (later I learned that the canyoning themselves were almost the same length, it just took longer to get the other canyons). 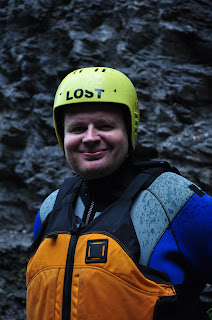 I went with two families from the US and our two tour guides from New Zeeland (Bez & Reuben) (plus the photographer Tat) and we had a great time! 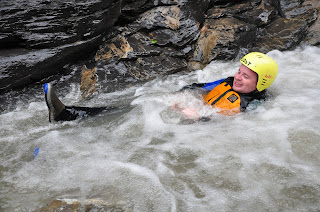 We repelled (around 9 meters), jumped (highest jump was about 6 meters) and slided down this canyon called Saxeten (I would guess the canyoning-part of the tour took almost two hours). 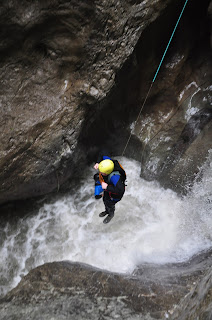 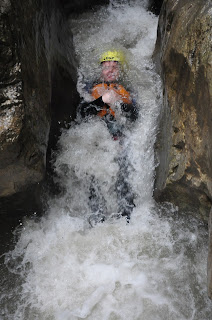 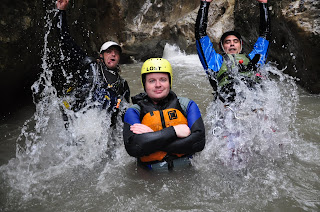 After this exciting trip I headed back to the hotel for some blogwriting, reading - and fooding.
Posted by Halo at 8:31 pm