Yesterday was a good day. Today was even better. Today I fulfilled a 20 year old dream. I visited Schilthorn aka Piz Gloria.
I don't know how to explain this to people that are not huge fans of James Bond, but Schilthorn really is the number one Bond location (to me at least). I can not think of any place more iconic, exotic and thrilling to go in my quest for Bond locations (the new MI6 building in London might come close in iconic, but hardly in exotic nor thrilling).
I actually feel a bit empty inside right now (but the joy to have been there easily overcomes the emptiness).

ANYHOW - this is what happened today:

I took the cable car + train to Mürren just before 10am. Going up there I am really enjoying the sights. Switzerland is one of the most beautiful countries I have even been to - it might even be #1. 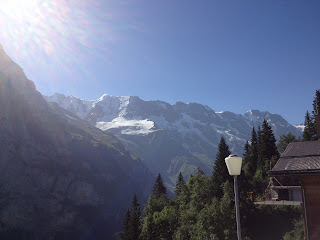 I walked through the small village of Mürren and got to the next cable car that would get me to Birg (you know - that was how far Campbell got when trying to follow Bond). 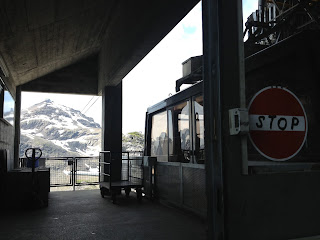 At Birg it was time to get the cable car to Schilthorn. This was it. Finally! The moment I had been waiting for so long. 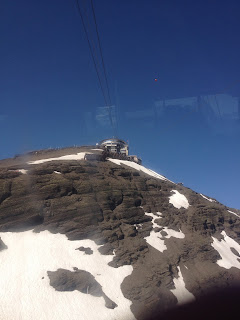 Now some information; since the opening of Schilthorn (which happened after the James Bond movie 'On Her Majesty's Secret Service' was shot there 1968/69) they never played heavily on the Bond-card, but that has changed now.
As of 2013 they go all out and have a large OHMSS-exhibition (under the old helipad) and many 007 things to buy. I wasn't sure if I would like that or not, but in my opinion they haven't crossed the line to cheesy (but were close several times).


My joyness were all over the place when I walked around up there, many things had of course changed in the last 45 years, but some had not - for instance the stairs were basically the same: 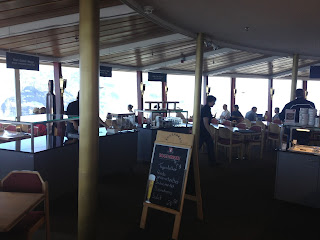 The helipad is not used any more, but still looks pretty similar: 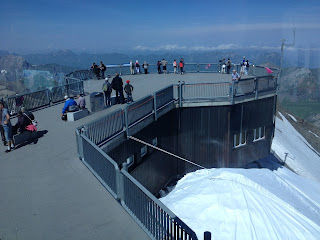 It's really hard to describe my feelings, but I was very happy (did I mention that already)?
I had some food in the revolving restaurant (48 min/round) and of course I bought some souvenirs.

Naturally I also looked a lot at the scenery which really was amazing: 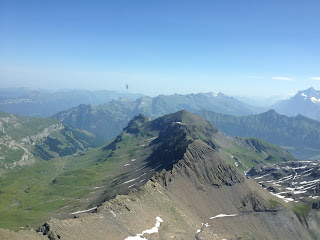 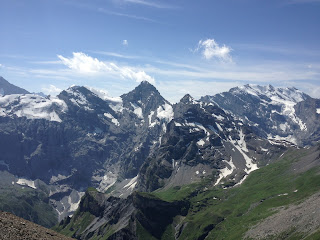 I spent around two hours up there I think.

Then it was time to head down again; I took another route back to Lauterbrunnen; this time via Gimmelwald and Stechelberg (pitstop for 'The Amazing Race' 14x01 for all you who do not care).

The reason for this was two-folded.
1) Another Bond location: 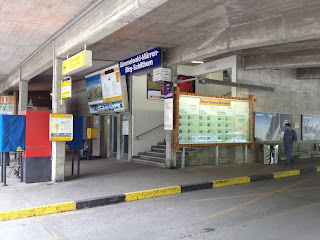 This I did, and it was really nice to see (a must if you ever come here!).
I tried to take pictures, but none of them made the waterfalls any justice - and it didn't have the roaring sound that completely filled the caves (the videos I made had the roar, but still no image-justice).


Then it was back to the hotel. I had actually planned to do some paragliding this afternoon, but unfortunately it was not to happen. Maybe I can do something else another day.


Oh yes! I asked the hotel manager about the Swedish Hockey sign outside the door and apparently Arne Norberg (the director of the "Swedish Hockey Pool") stayed at this hotel many times with his family and was friends with the manager here.
Didn't sound to me that it had that much to do with hockey though, more about business.
Posted by Halo at 9:09 pm