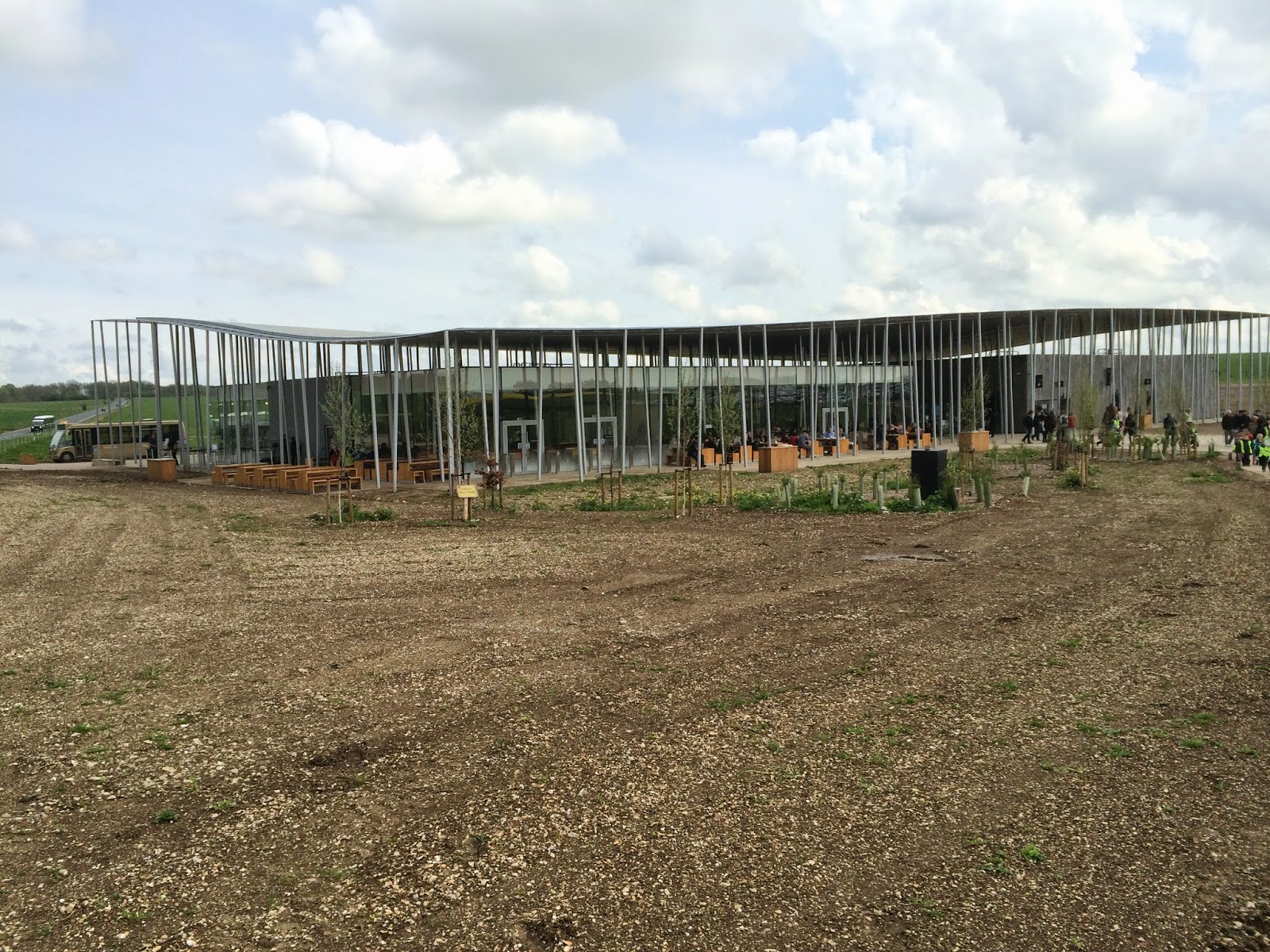 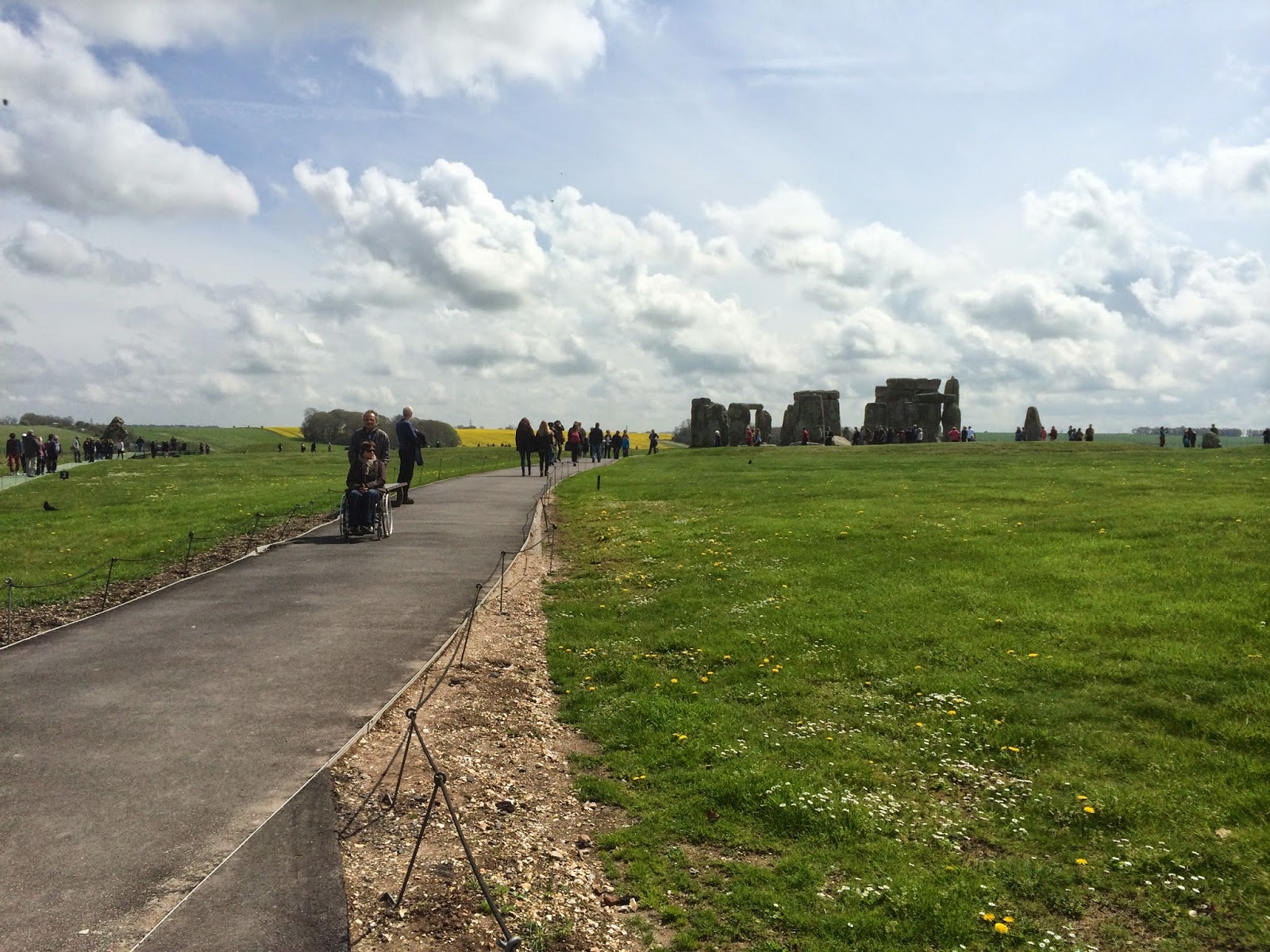 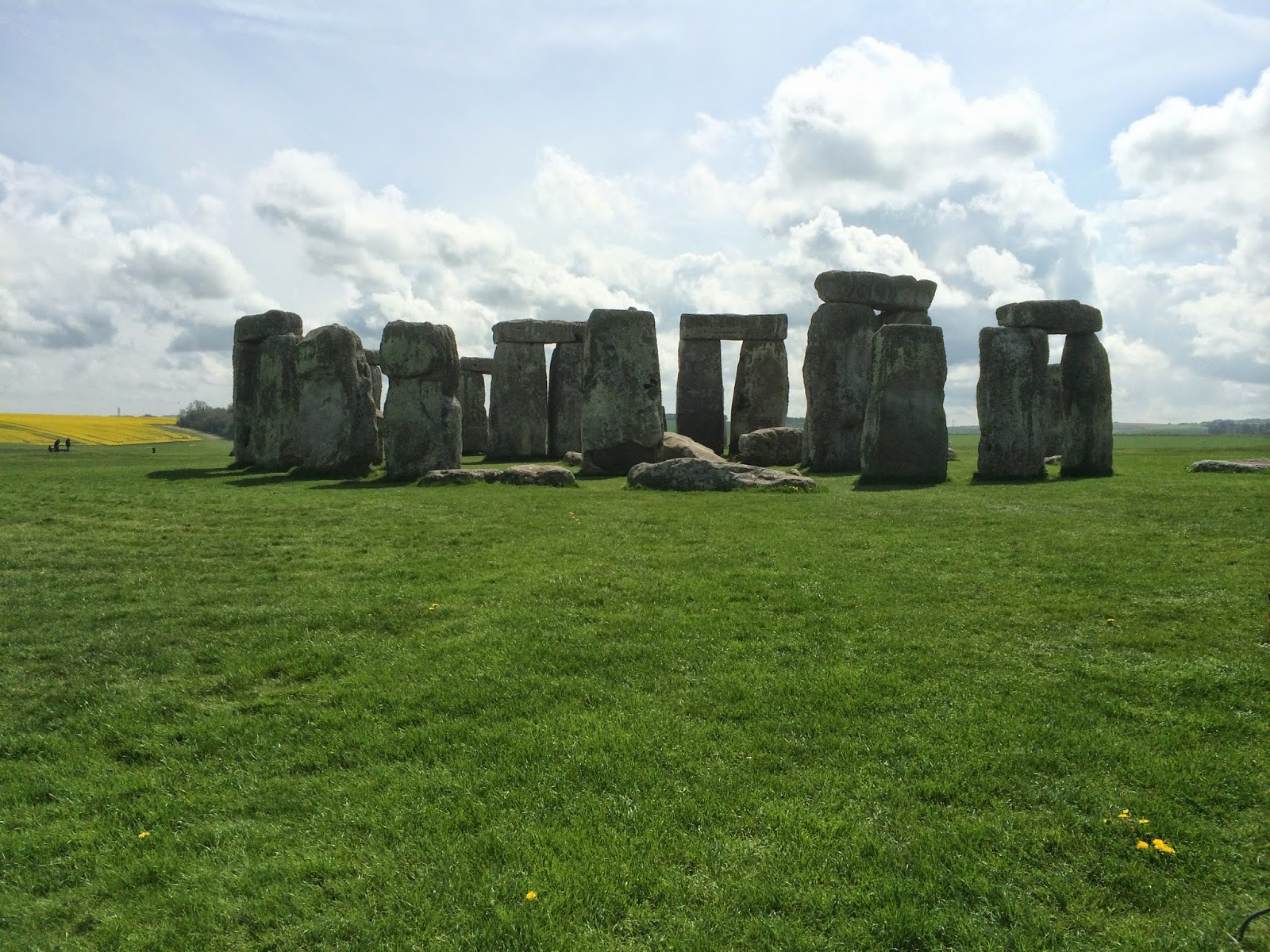 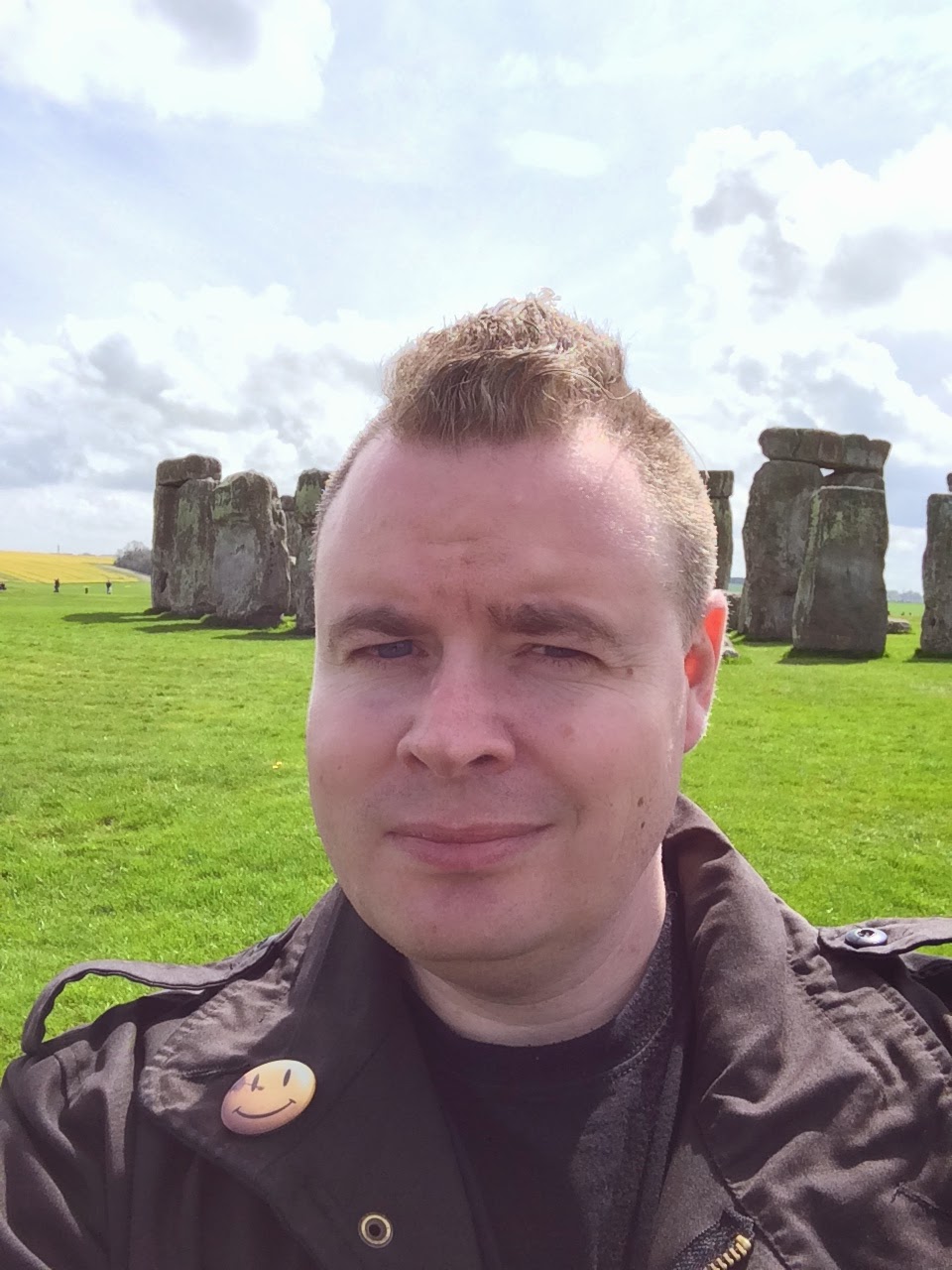 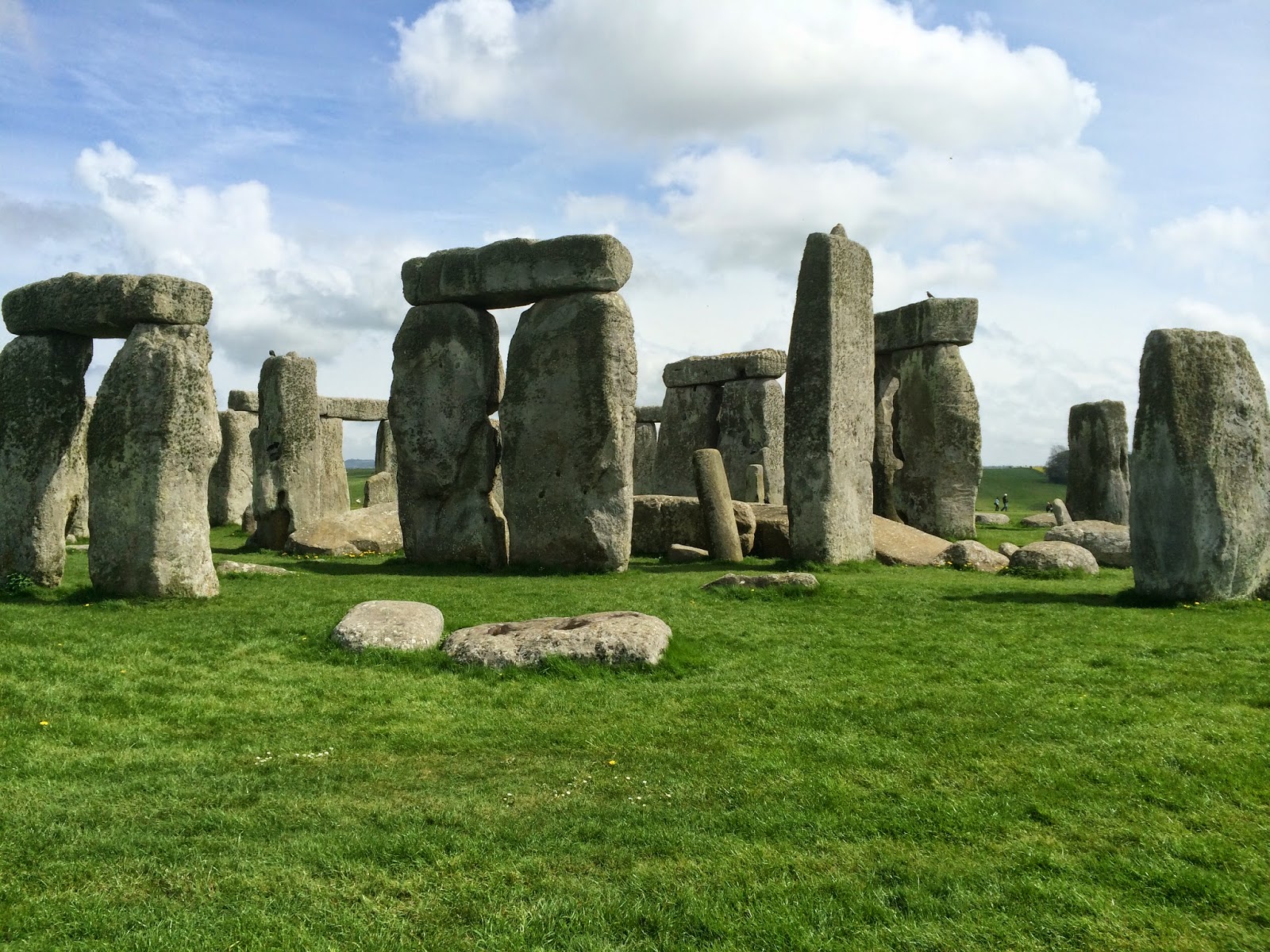 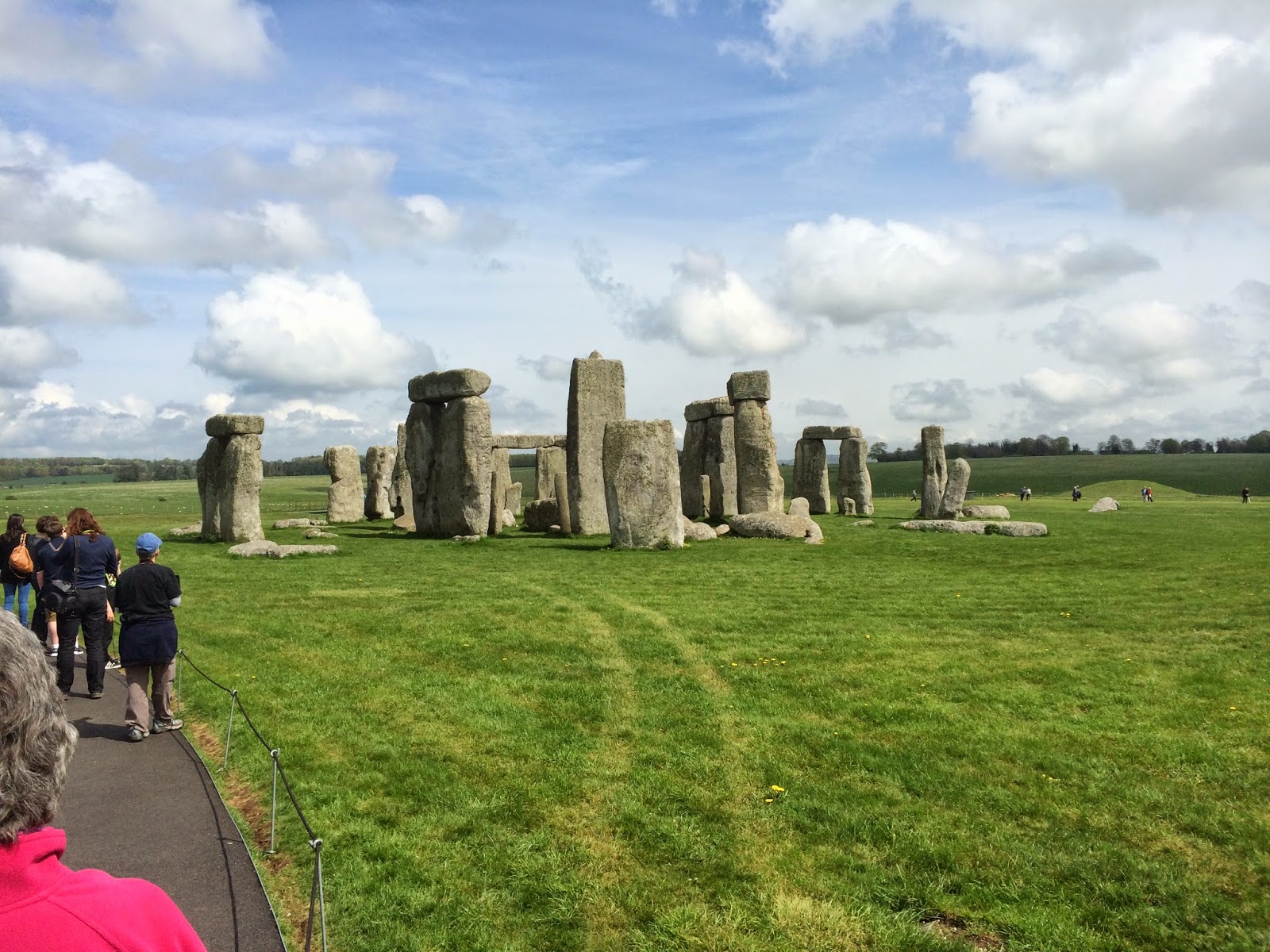 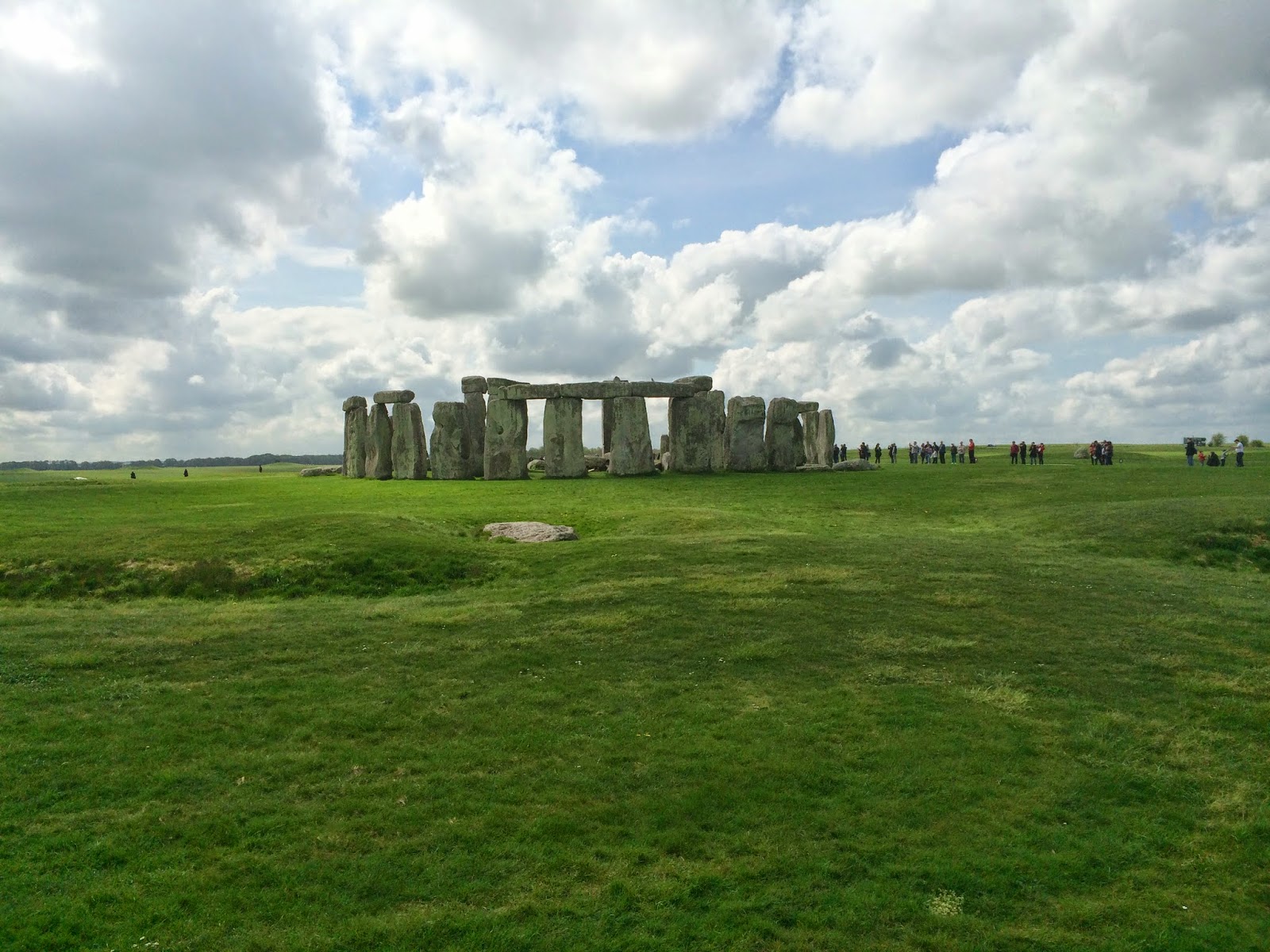 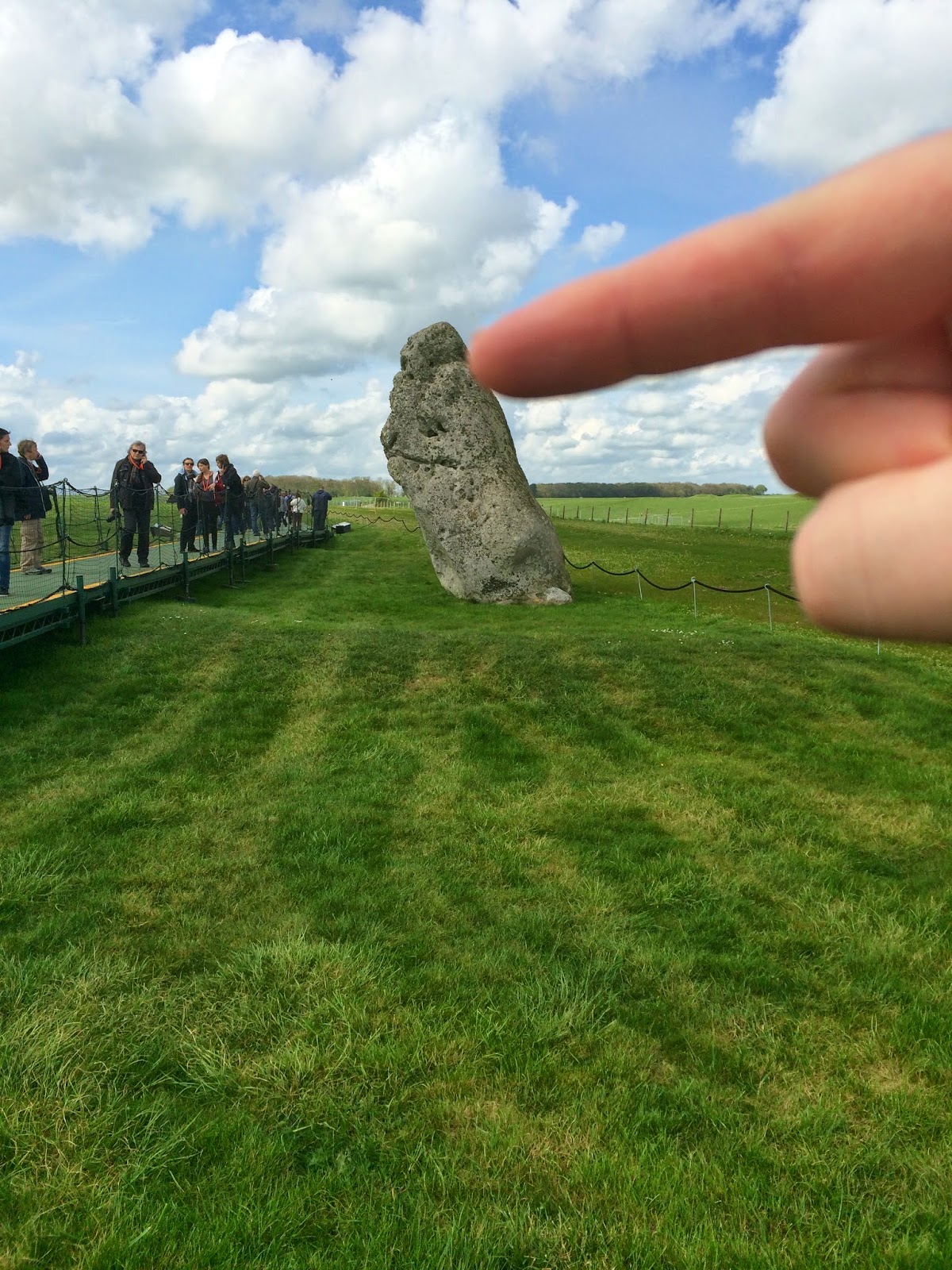 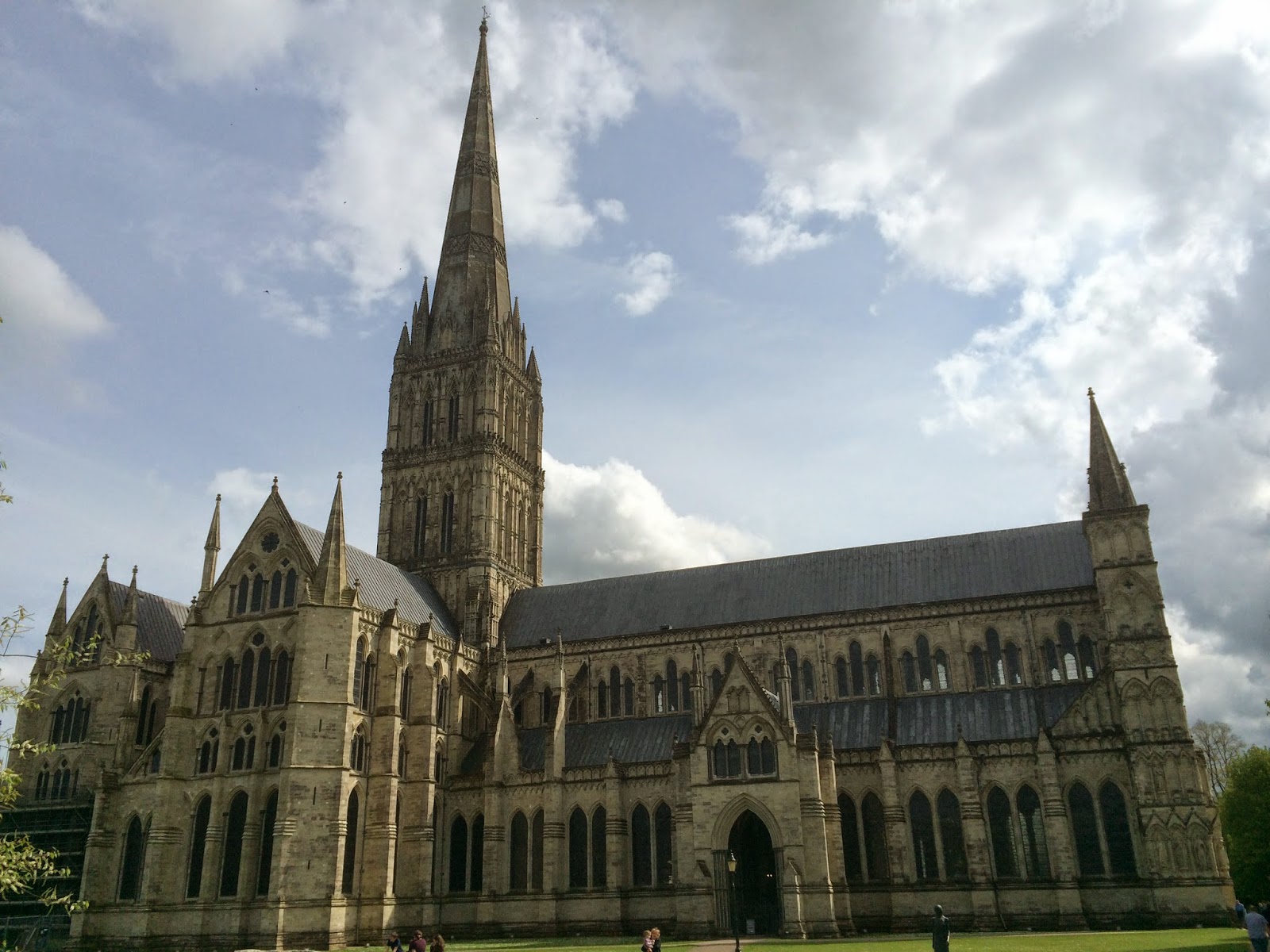 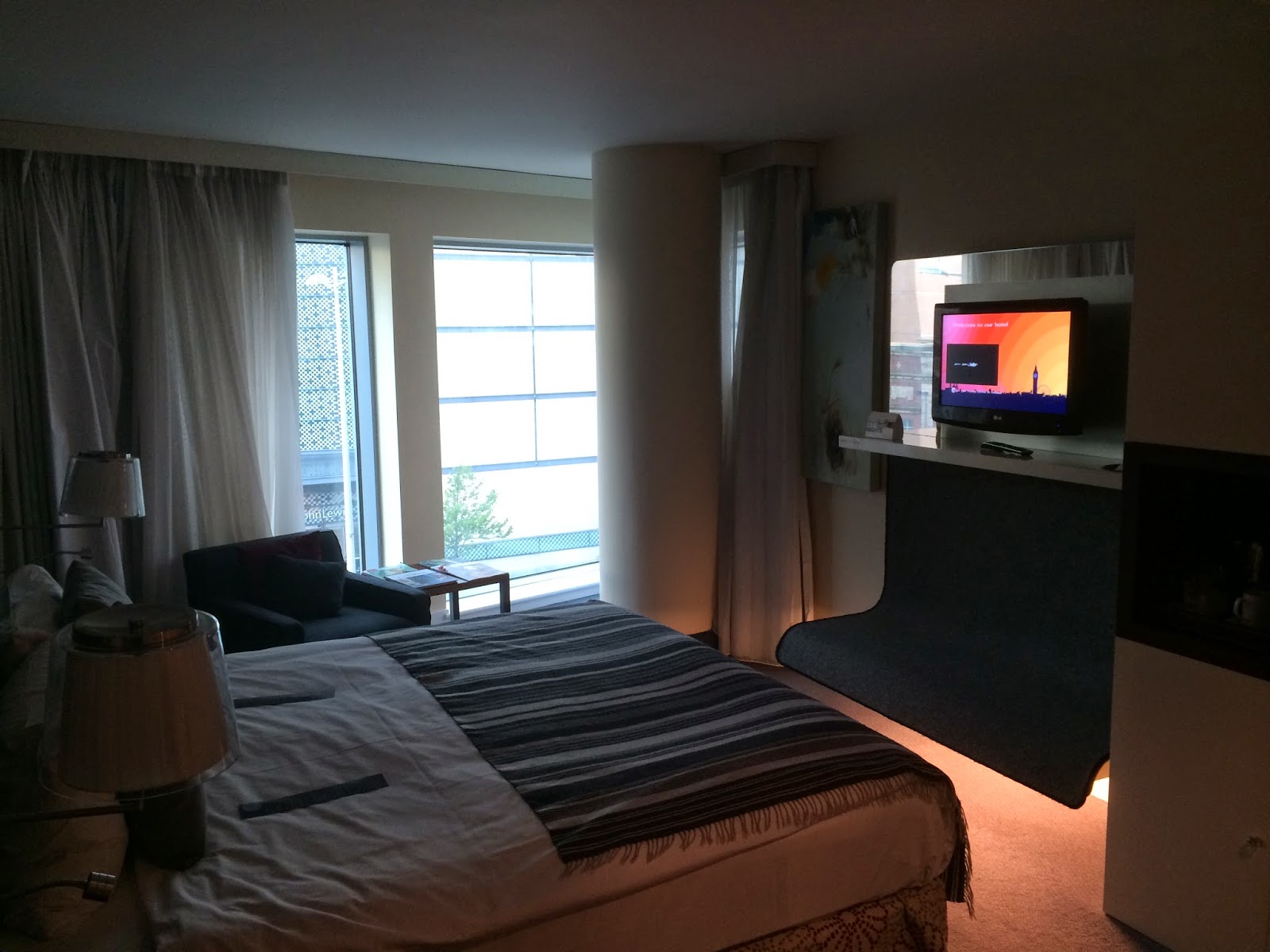 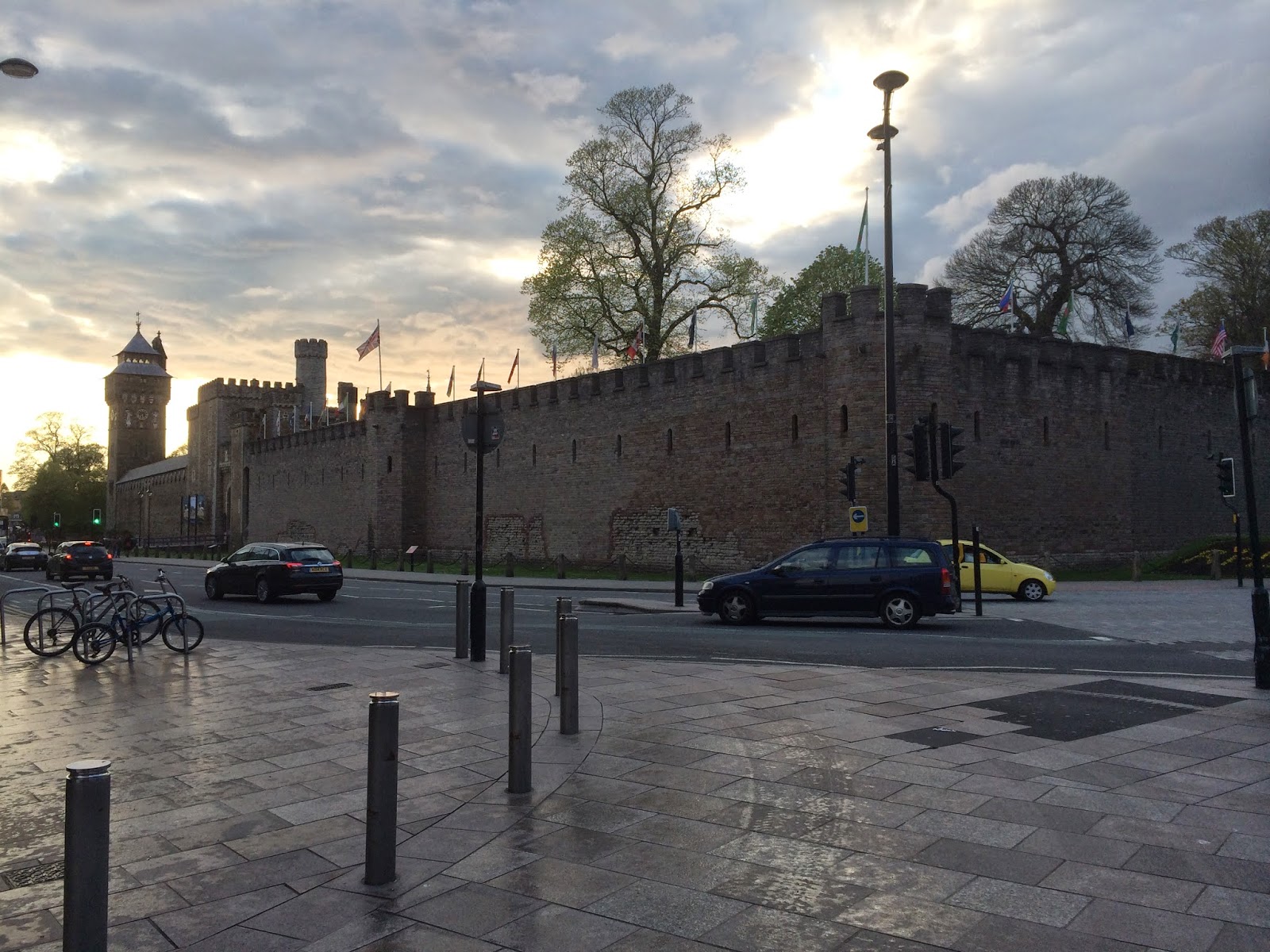 Time to meet the Doctor!!
I walked from my hotel to Cardiff Bay where I looked at the Millenium Centre and the entrance to Torchwood. 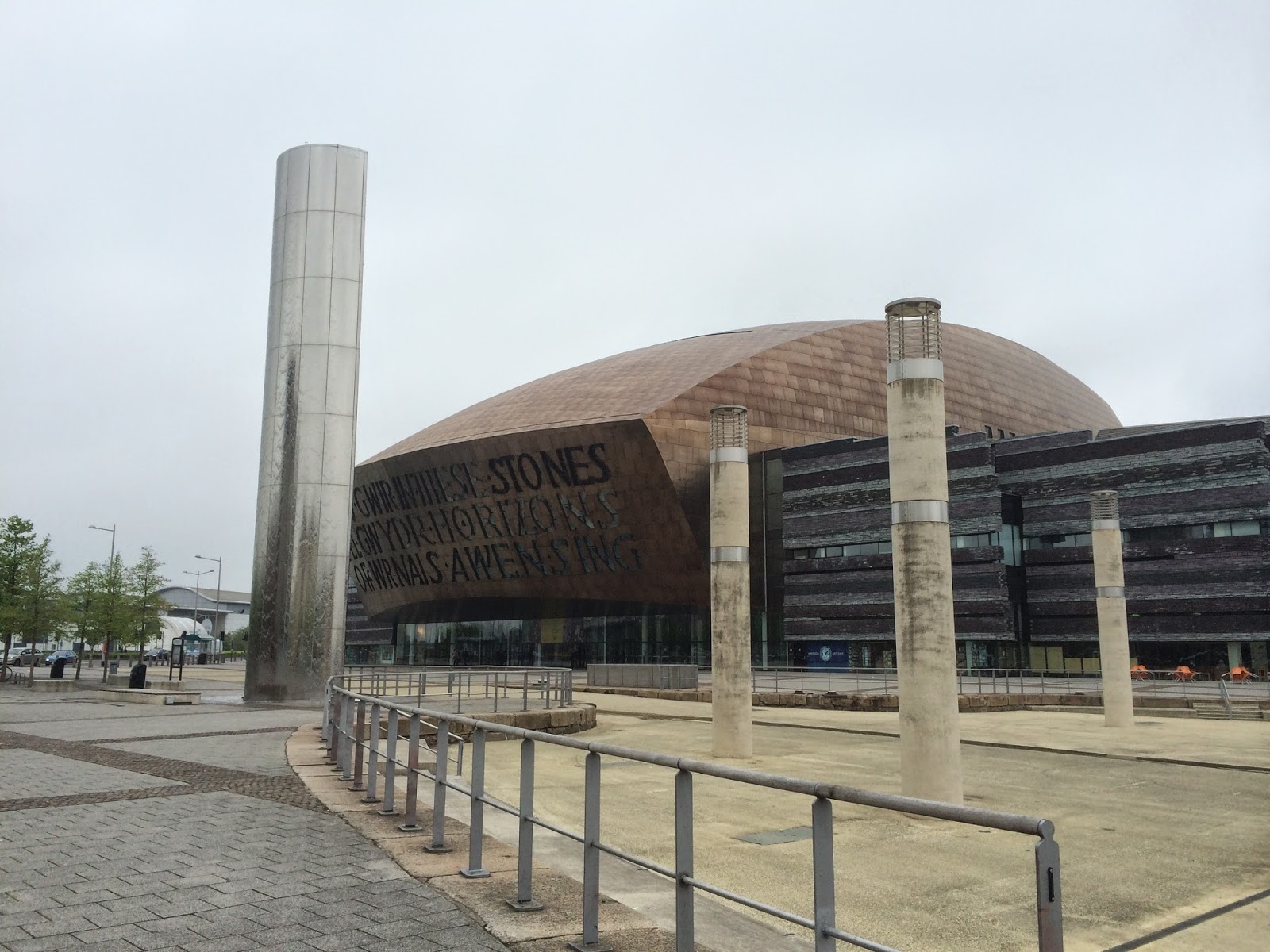 Then moved on to the second of the two goals of this trip; the Doctor Who Experience! 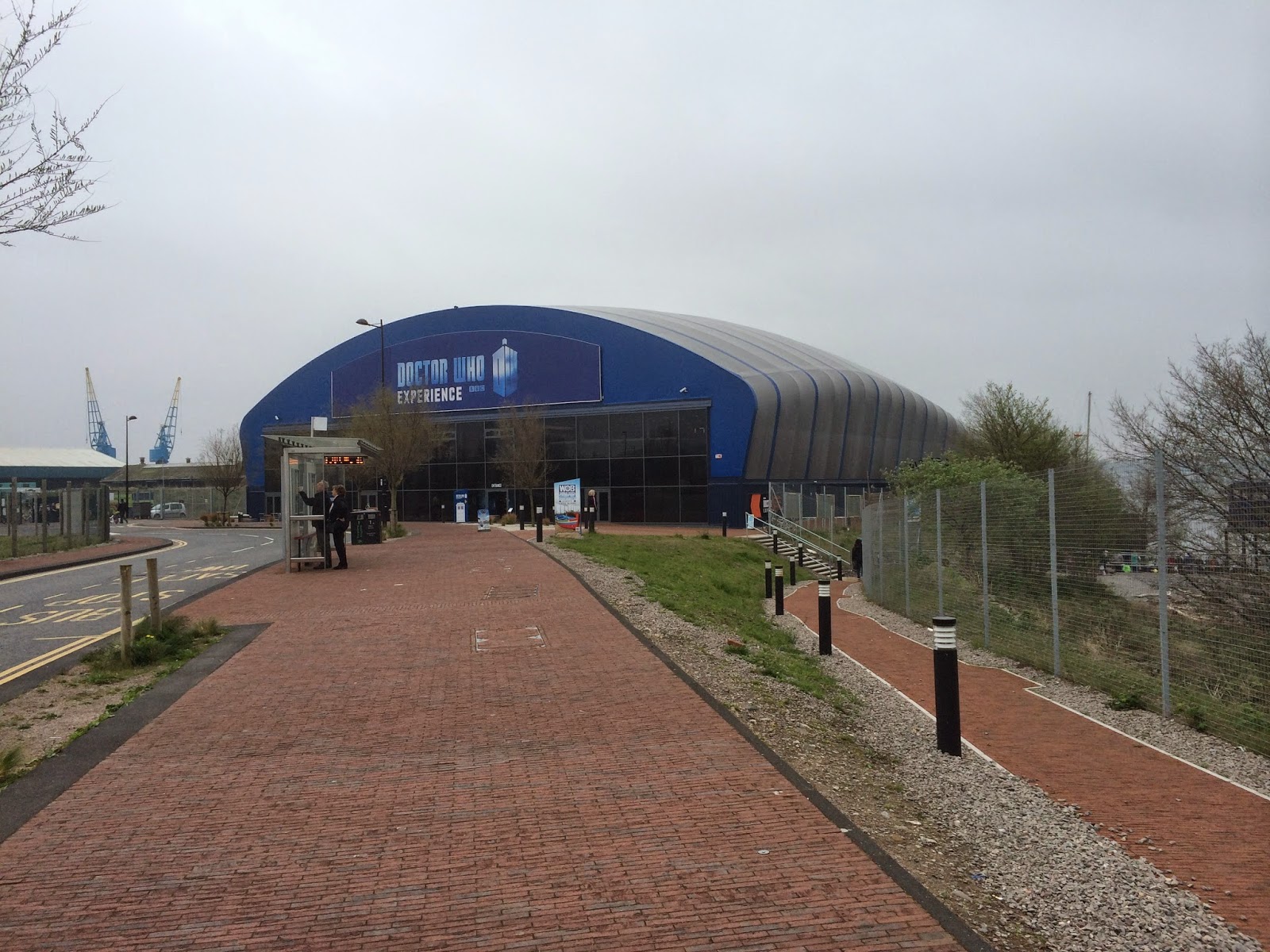 This is a relatively new (2012) attraction where they built this non-regular building and stuffed it full with Doctor Who things.

Why here in Cardiff? Good question, but I believe it's because this is where they shoot it (and also Torchwood of course).

First you go through the Experience where you are guided by the 11th doctor (on screen) and a companion (in flesh) through some of the scenes from the new series; you'll see the Starship UK, the TARDIS, a Dalek ship, a forest full of weeping Angels; all to get the Doctor out of the Pandorica - his enemies have managed to put him in there again... 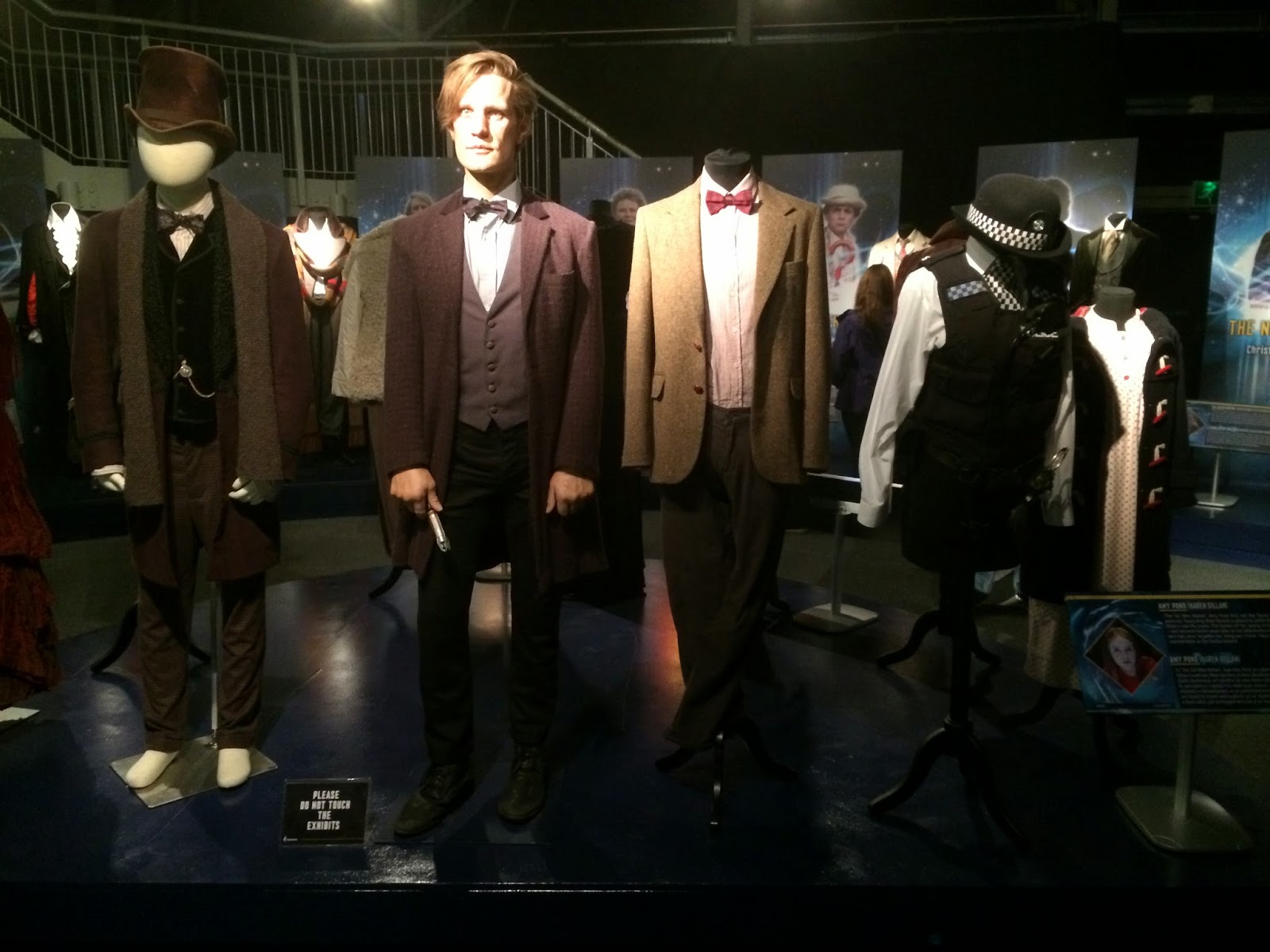 After this fun (walking-)ride you were let in to the exhibition hall; where there were Doctor replicas, TARDISes, clothes, sonic screw drivers and loads of aliens from the show. 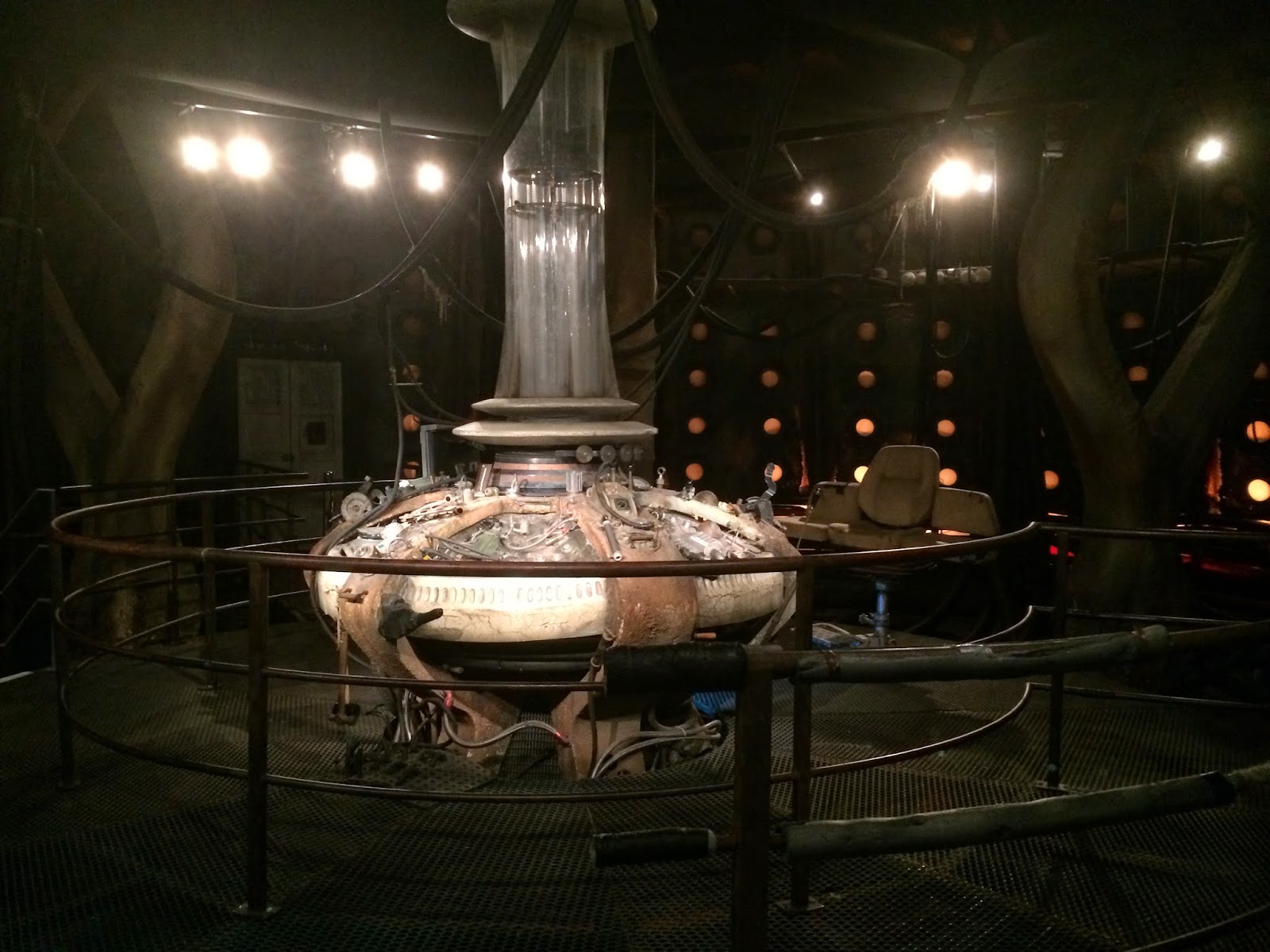 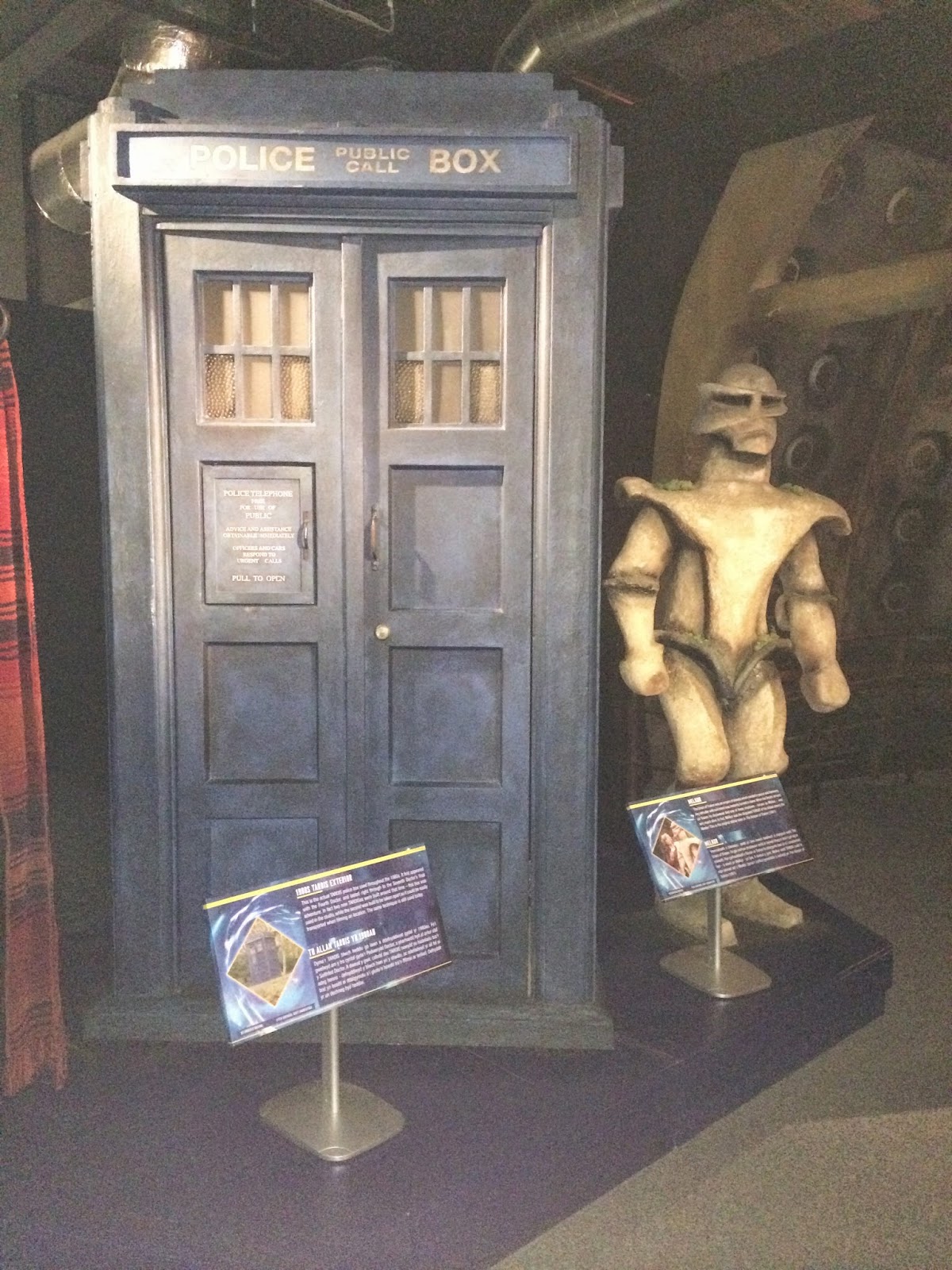 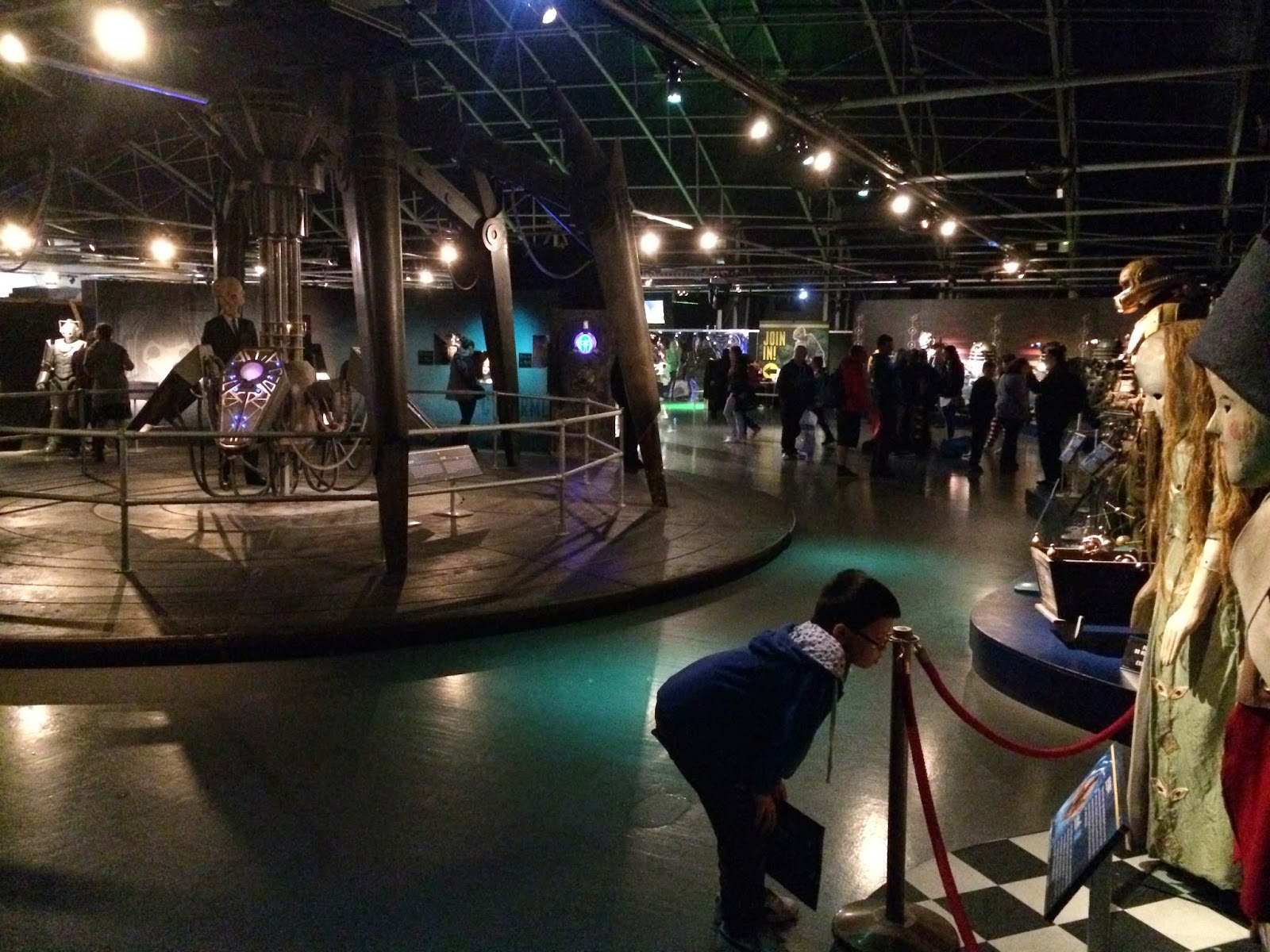 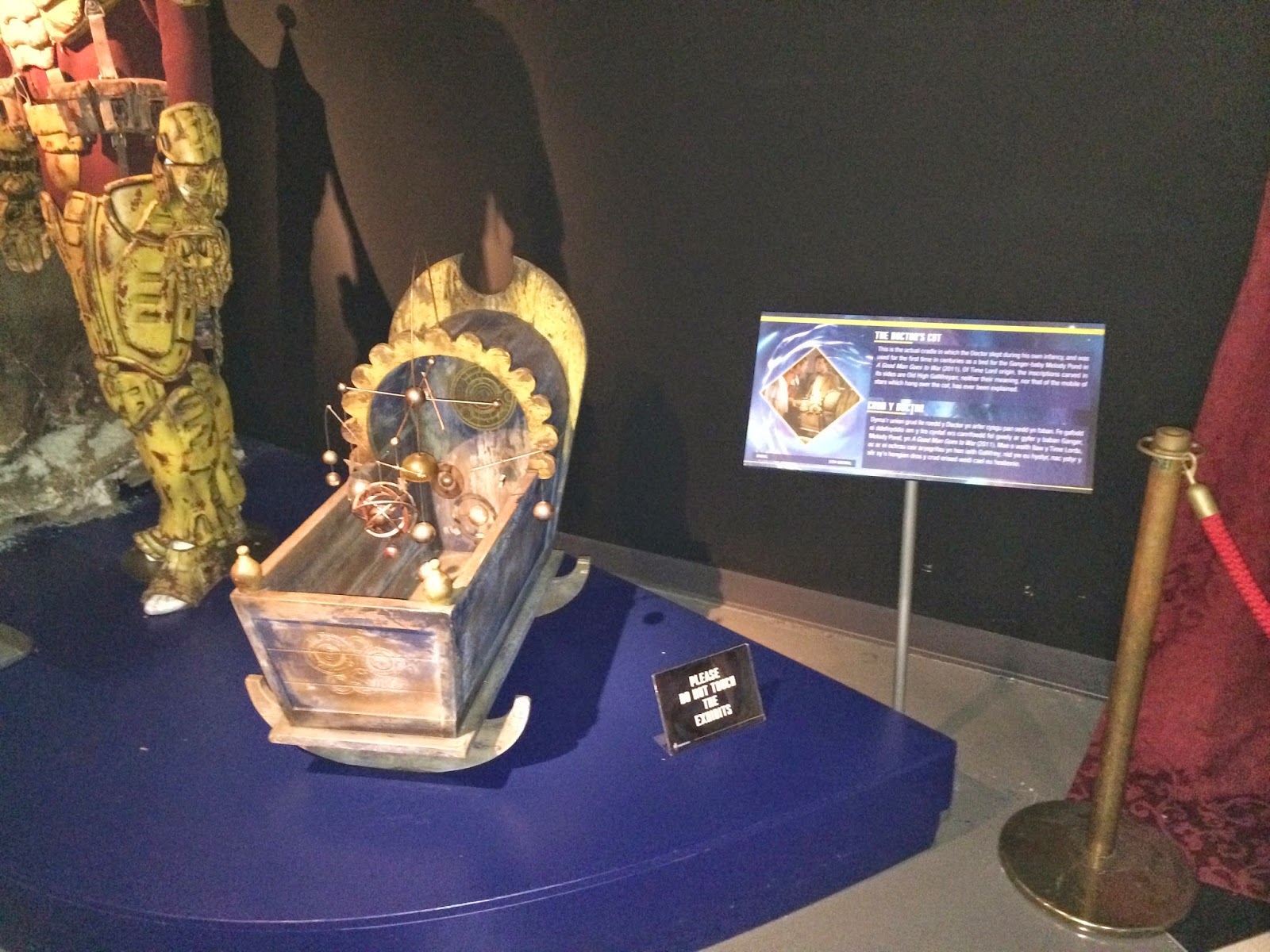 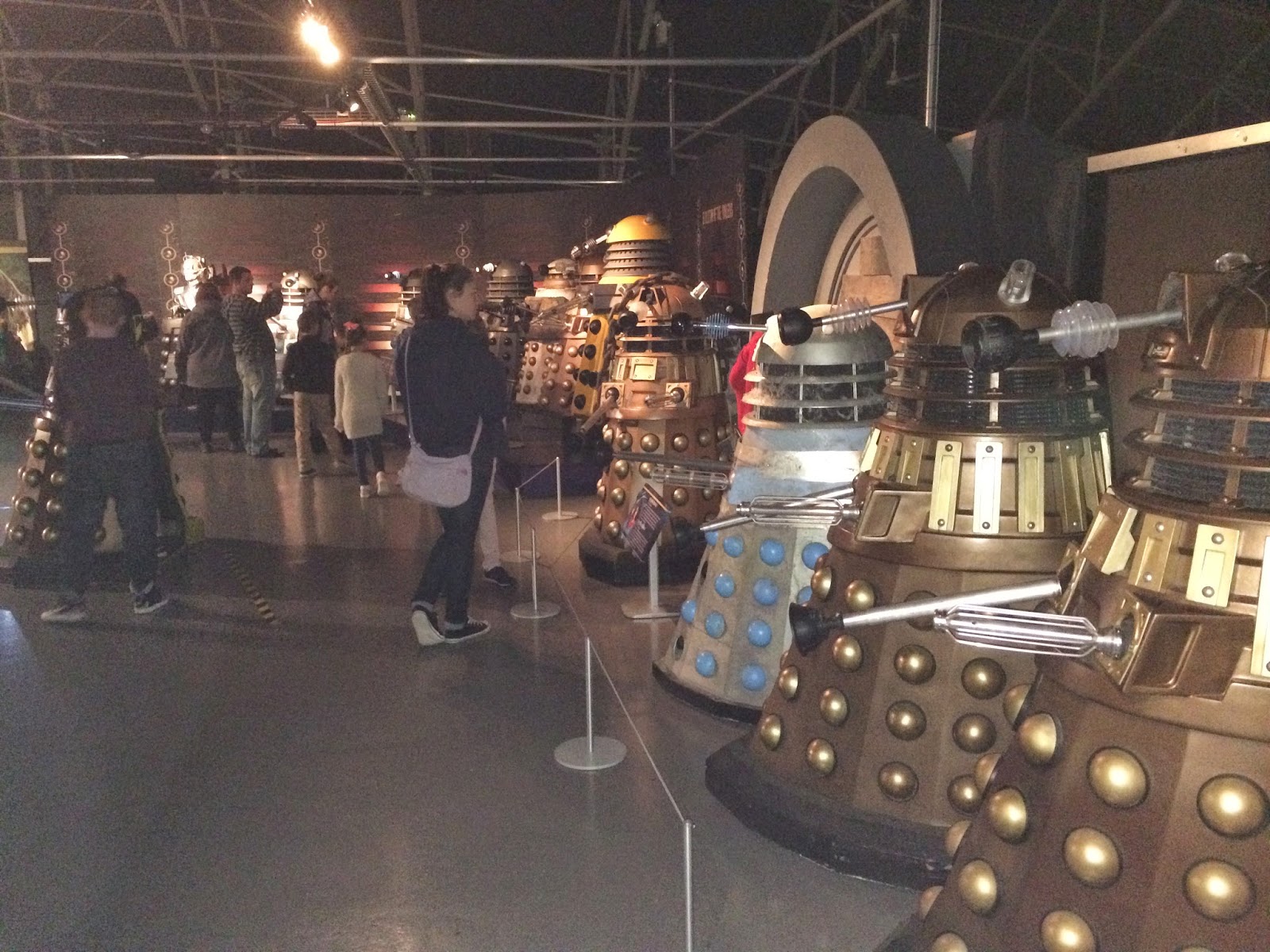 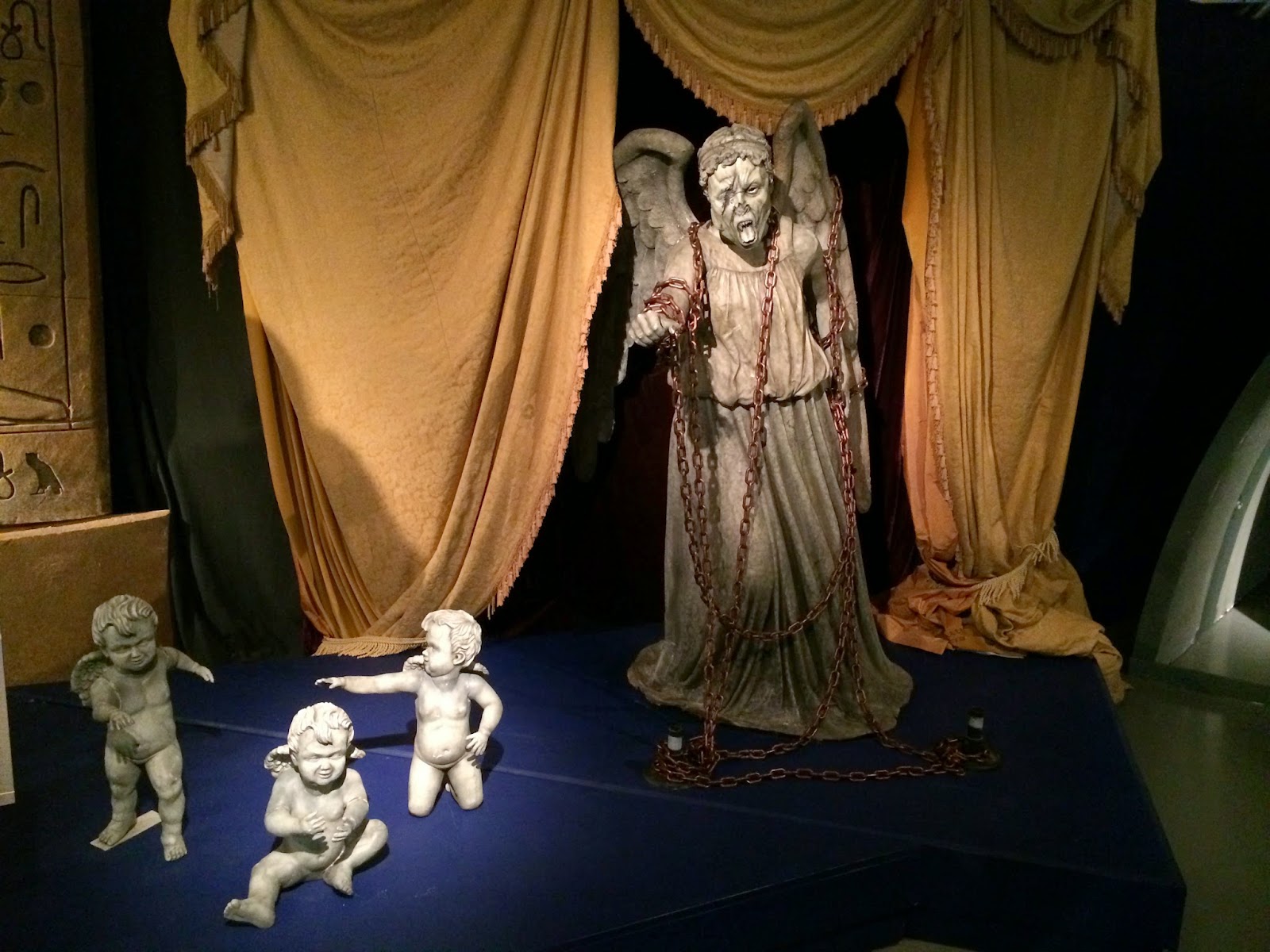 After this I went to through the gift shop and out again.

The BBC Wales Studios were close by so I walked there too.
I didn't expect much, but I did walk into the lobby and got to talk a little bit with the security guard there (a very nice chap!). He even took this photo of me and a Dalek they had in the lobby.
Apparently they are shooting Doctor Who in four of the nine sound stages they have here! 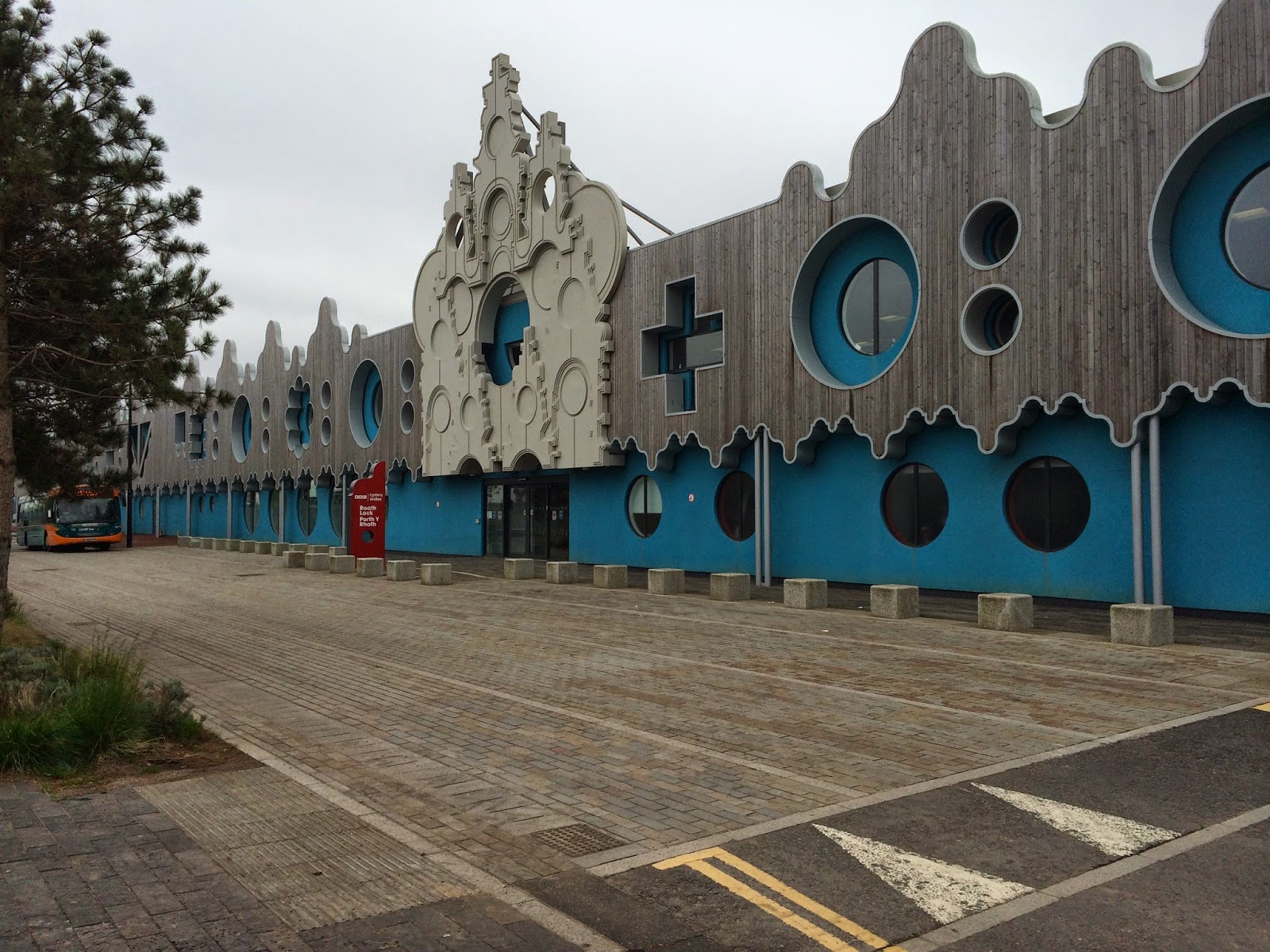 Now I felt that I was finished with Cardiff and took the train to London again.
I travelled through a rainy Wales & England, but the rain had stopped once I got to London.

I am staying at the Wellington Hotel next to the Waterloo station. I looked for the hotel reception and it was actually inside the pub as an extension of the bar. I got room 10 at the third floor which looked like this: 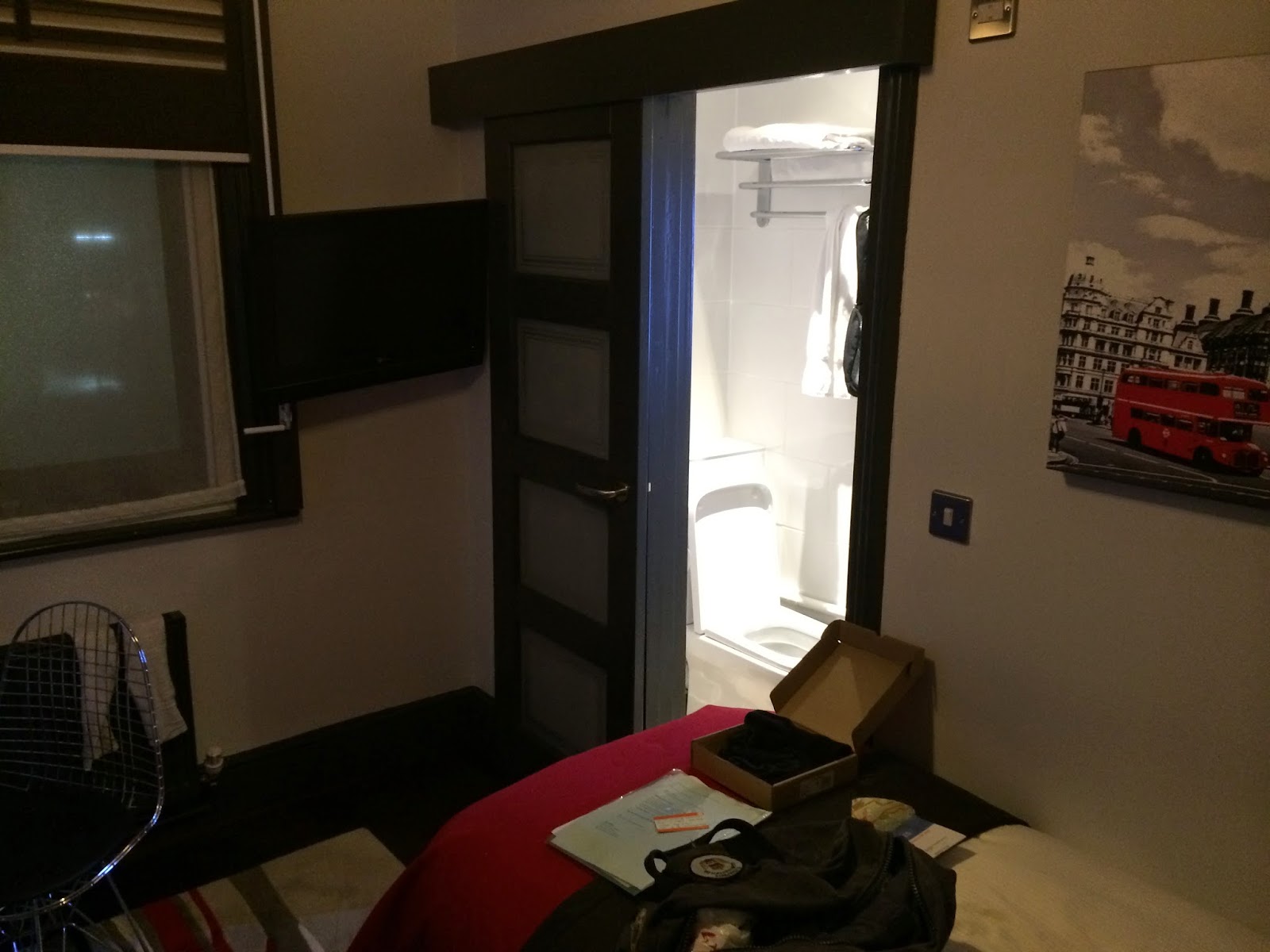 After a quick stop I headed out again. No rest for the wicked - or me!

First stop: the Freemasons Hall or as I like to see it; the entrance to Thames House in the fantastic TV-serie "Spooks": 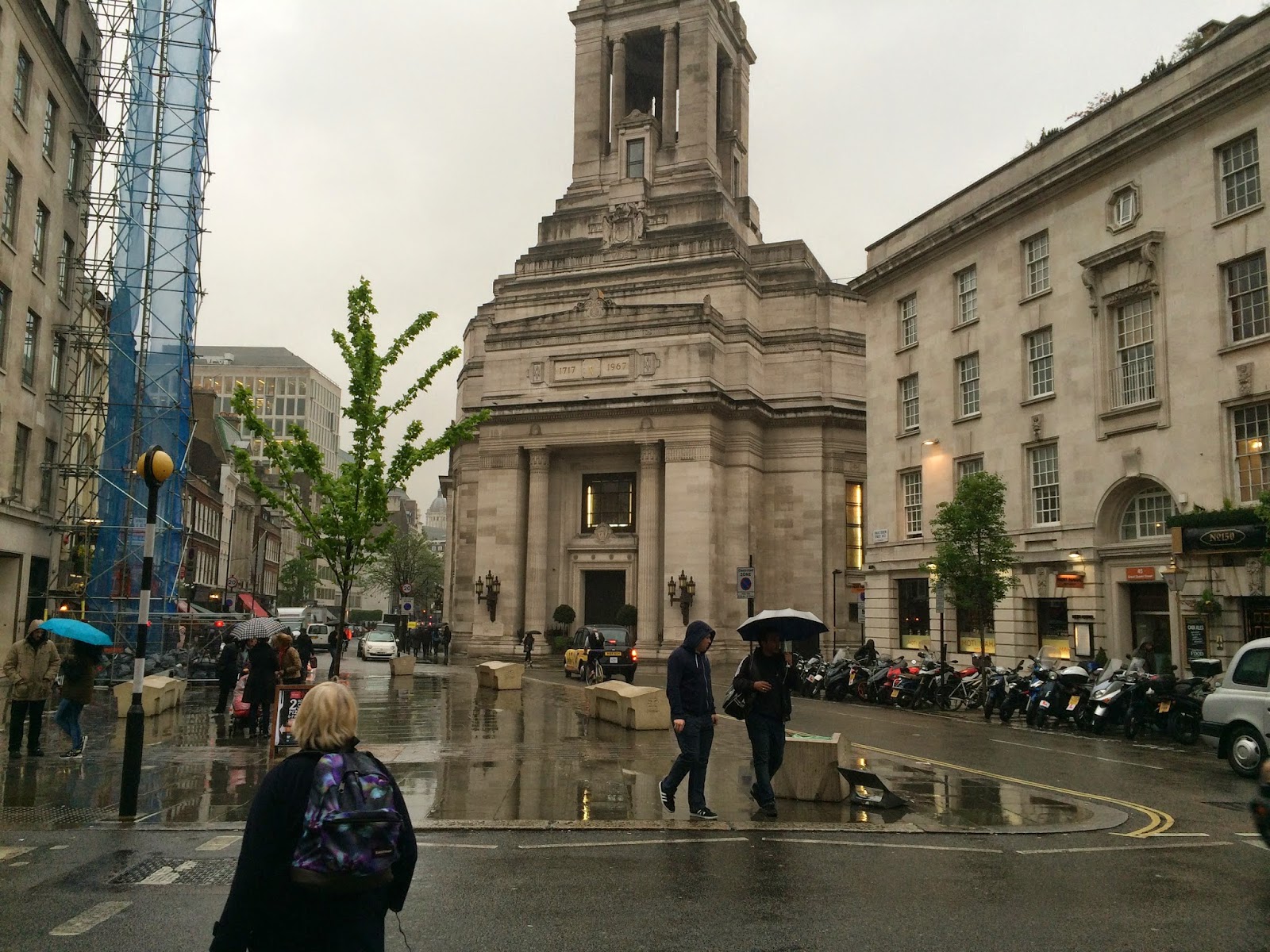 Then to my favourite store in London; Forbidden Planet. I looked around and bough a Doctor Who short story collection (one story per Doctor). Then I ate at the Angus Steak House, which is always nice.

Heading home again, I did remember seeing an IMAX theater close to the hotel. I went there and realized that they would screen 'The Amazing Spiderman 2' in about an hour.
I figured that I could not miss this!

So I saw it. On UK's largest cinema screen. It was truly Amazing, the sound, the screen, even the 3D looked good. I want to do it again! 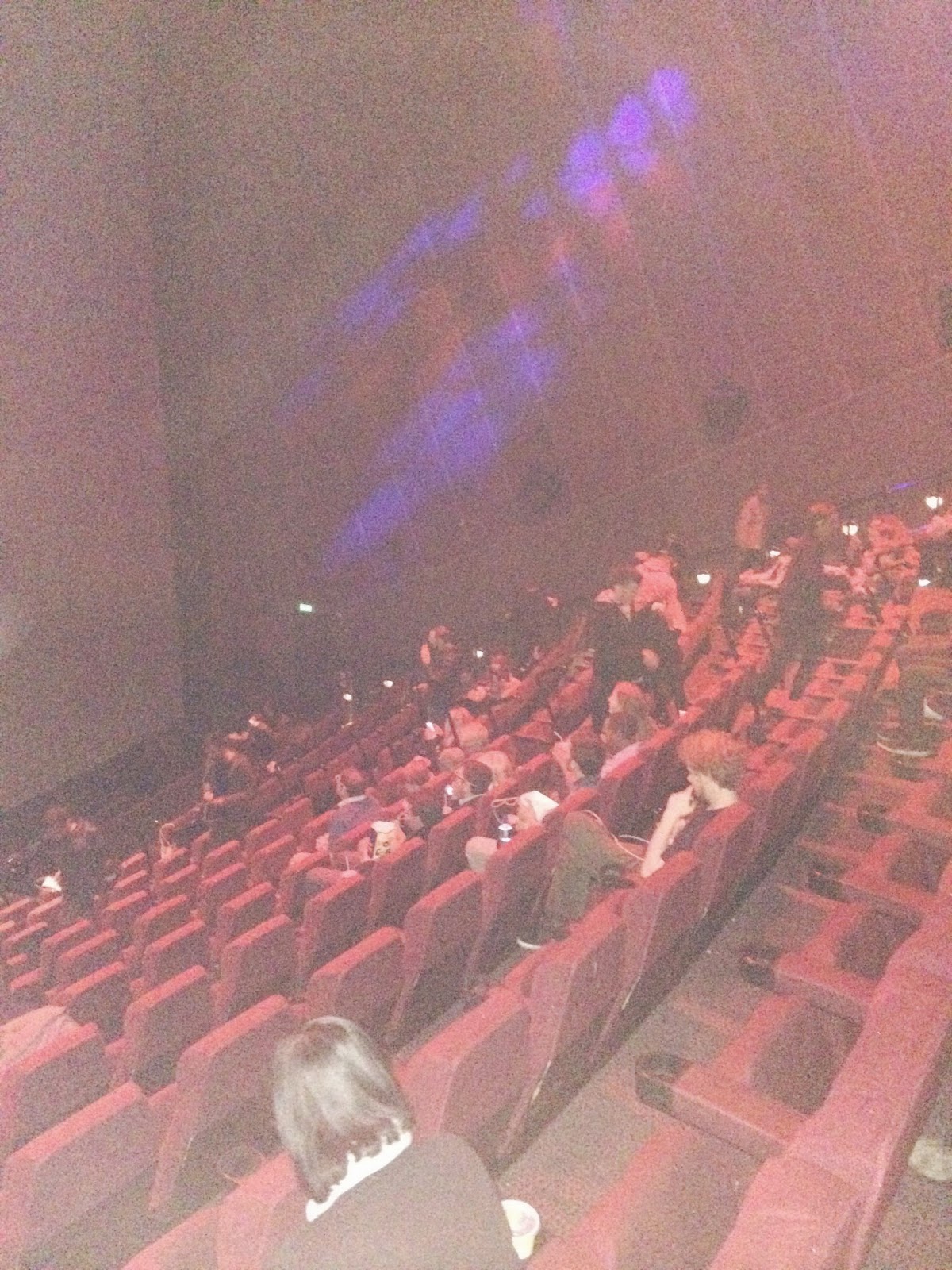 After that experience it was time to go to the hotel, write this and get some sleep.
Good night!
Posted by Halo at 2:08 am 2 comments:

Meh! I was so tired this morning. I didn't want to get up at all.
But what does that matter when there are things to see - and no people to do!

After a poor breakfast at my hotel, I went to Camden to buy some boots. I buy all my boots here, at the British Boot Company, so also this time. I found two pairs for me (3 & 10 eyes), but none for my daughter, but they recommended me further up the road to another genuine boot store, Office where I found a pair of pink boots to the offspring.

Happy with this good start of the day I continued to Earl's Court. I was looking for a box - and possibly a mad man to go with it.
The box was easy to find; it's just outside the underground station at Earl's Court Road. 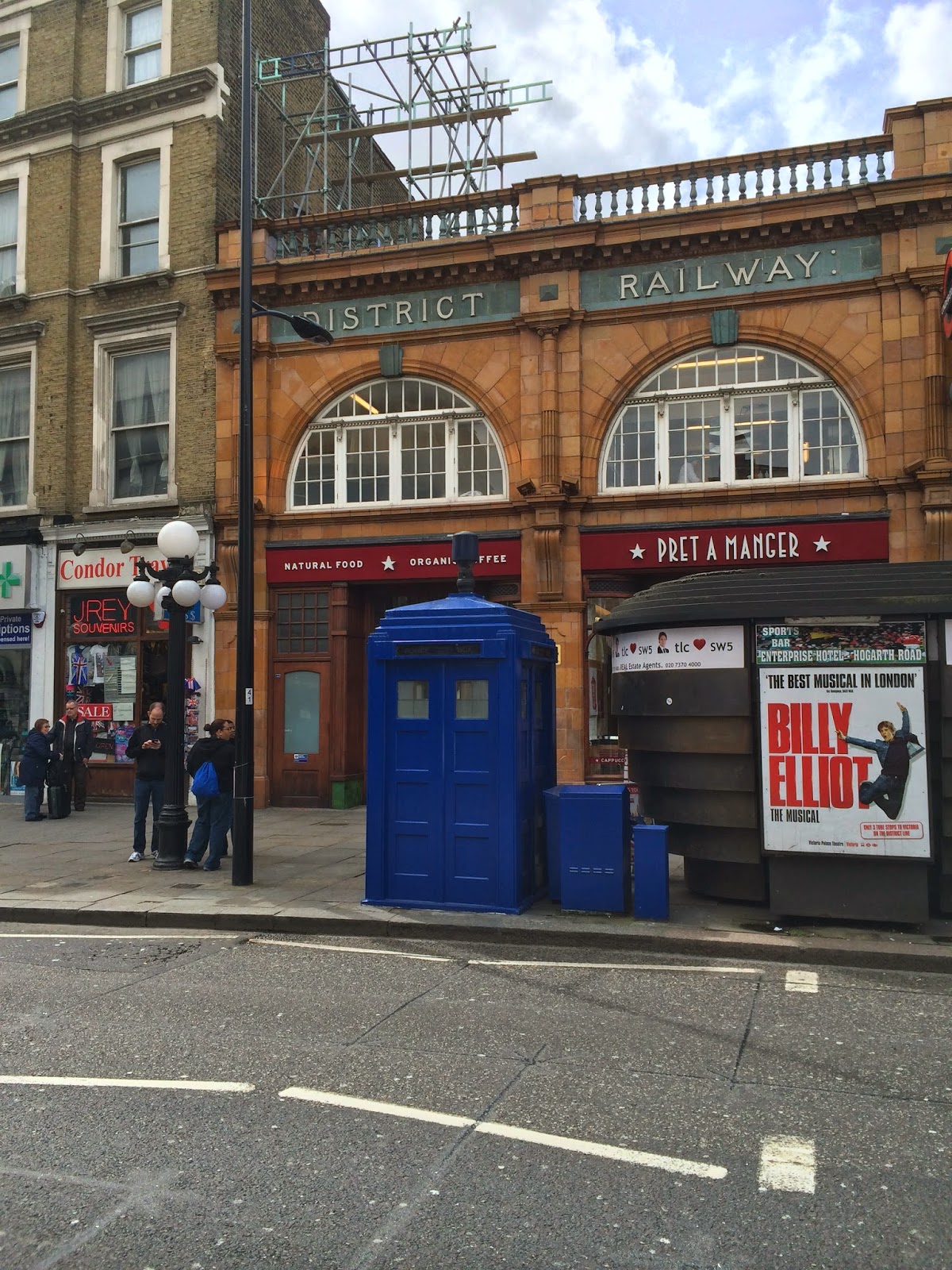 Amazing; the TARDIS in the middle of the sidewalk! :)

After this I went to capture my second 21-monument for this trip; the Big Ben.
Seen it a lot of times before, but I might as well take a picture for the bucket list. :) 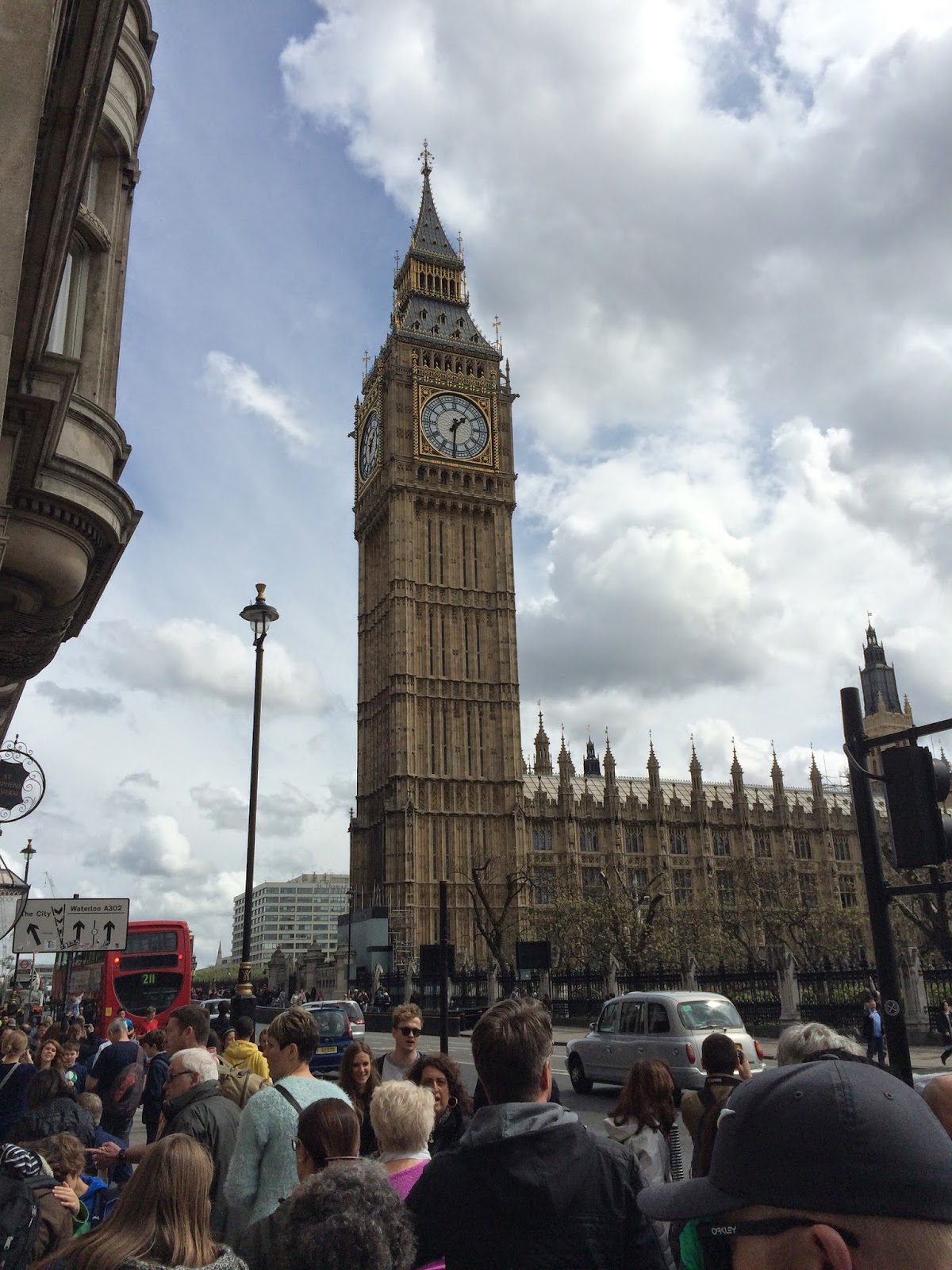 Then I walked to Tate Britain, but on the way there I happen to see this house: 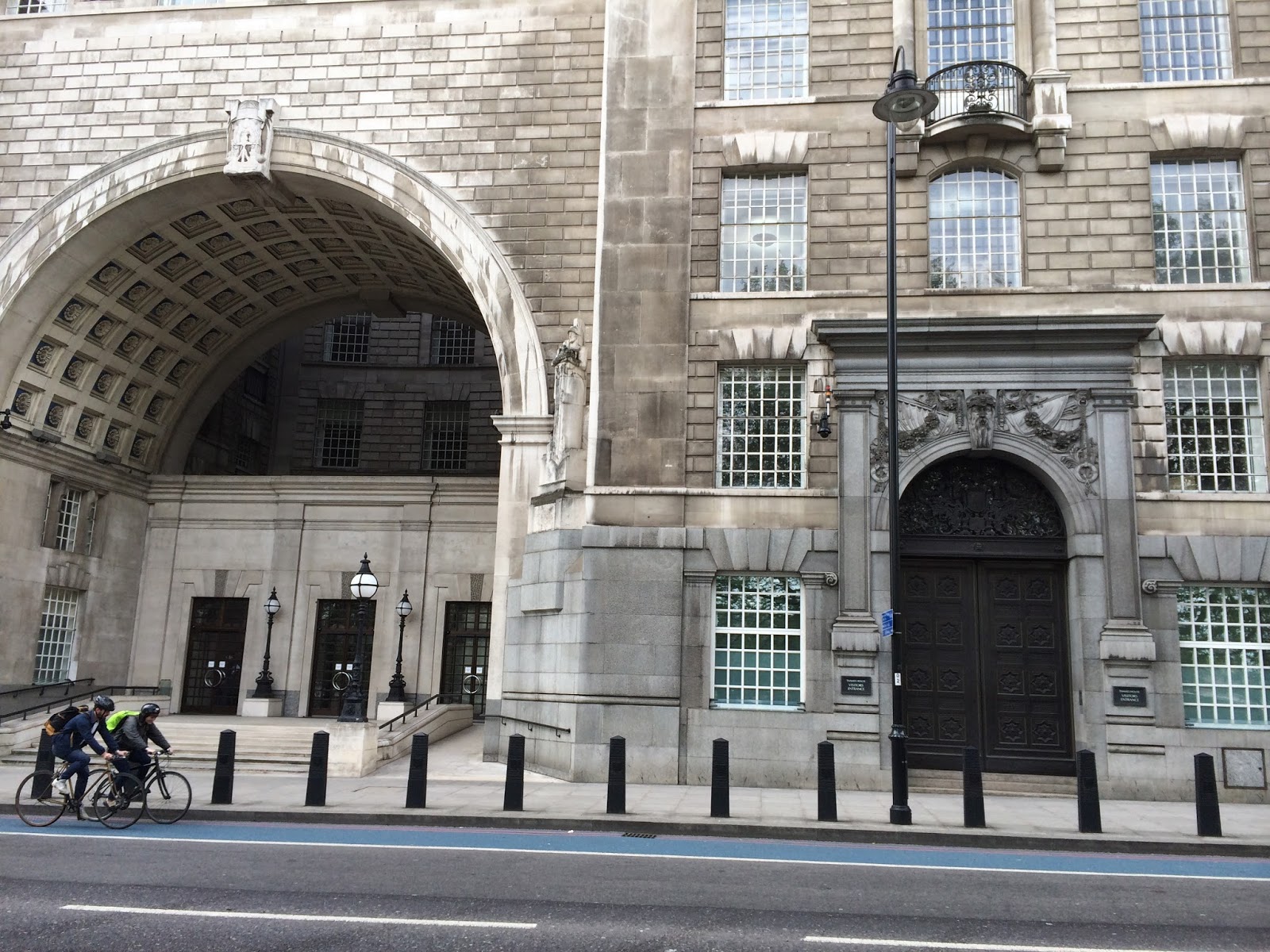 The actual Thames House (home of MI5). I knew it was here somewhere, but wasn't looking for it. A nice tie-in for the Spooks photo I took yesterday. :) 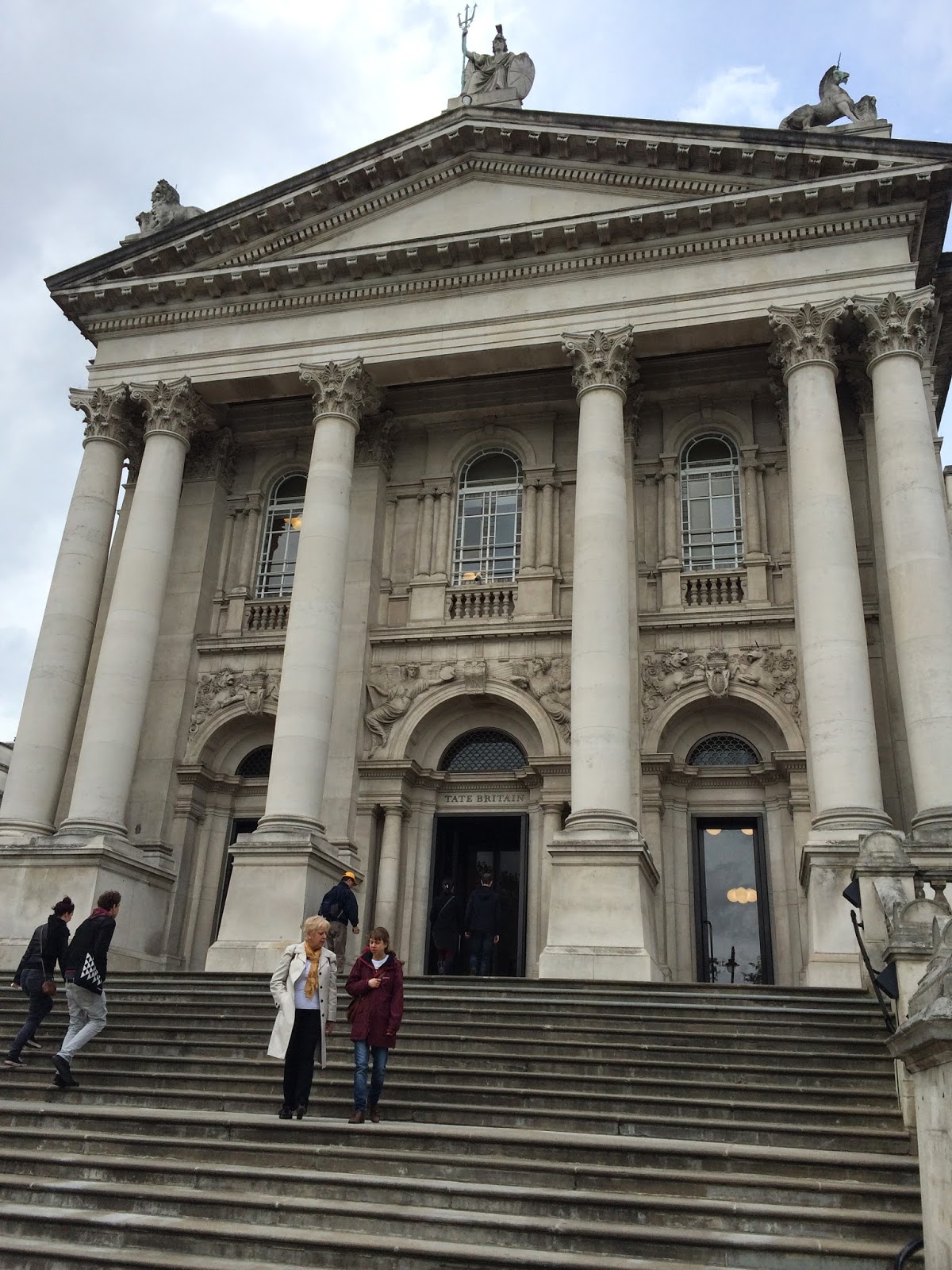 I did Tate for a while and after that... well nothing useful really. I ended up at a Burger place close to Waterloo and then went to the hotel.

I am not planning to leave this building any more today. Luckily there is a pub just a few floors below.

Labels: England, Some Rocks and the Doctor, The 21s

After a better breakfast this time at the hotel, I checked out and headed for Liverpool Street Station to leave my luggage there so I didn't have to carry it around.

Then I travelled to Pontoon Dock to see the mighty Thames Barrier; the construction that keeps London safe from floods. 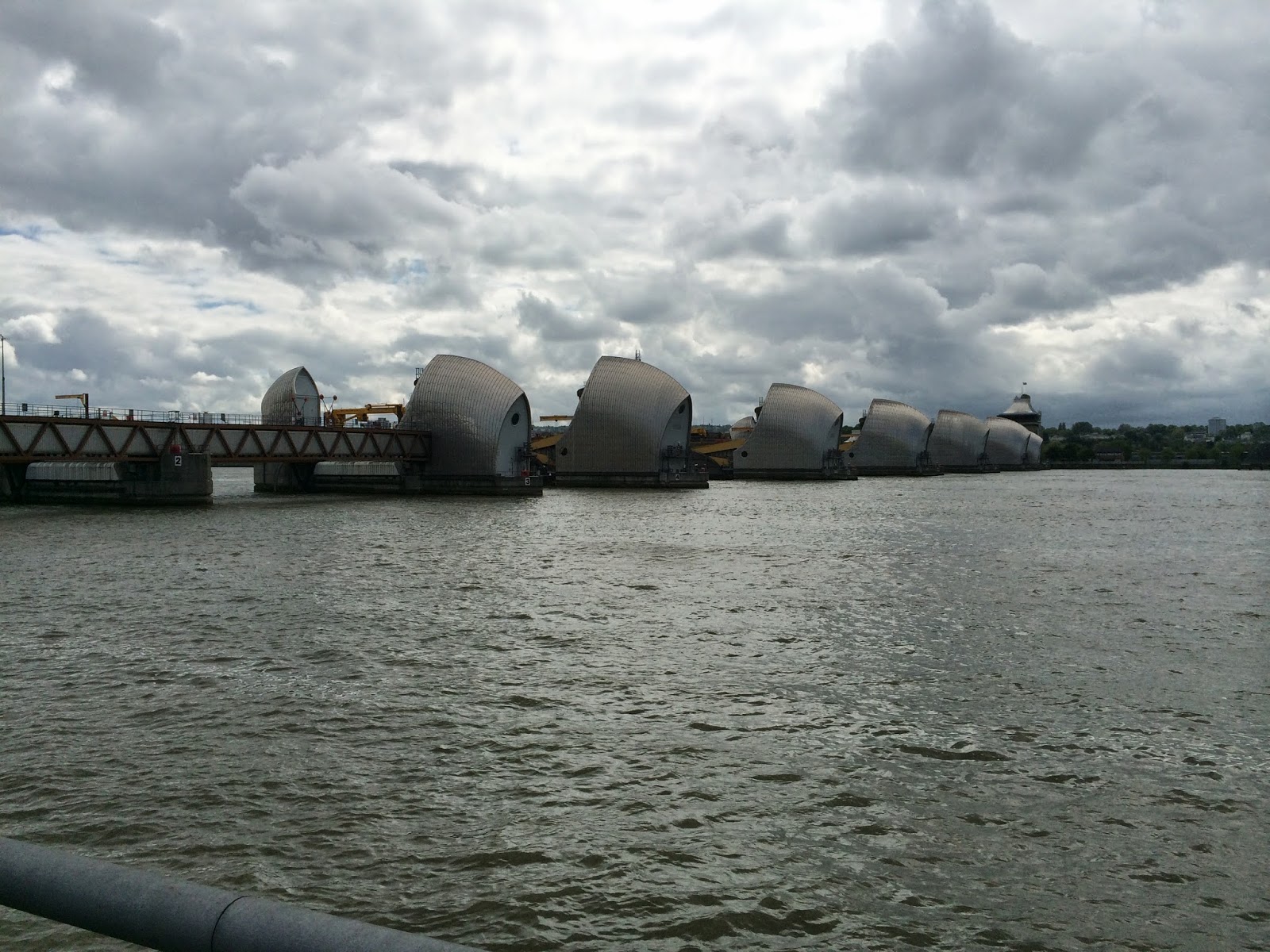 It was nice to look at, but unfortunately the information centre was on the south side - and I was on the north - and there were no way of walking over (which I hoped for). 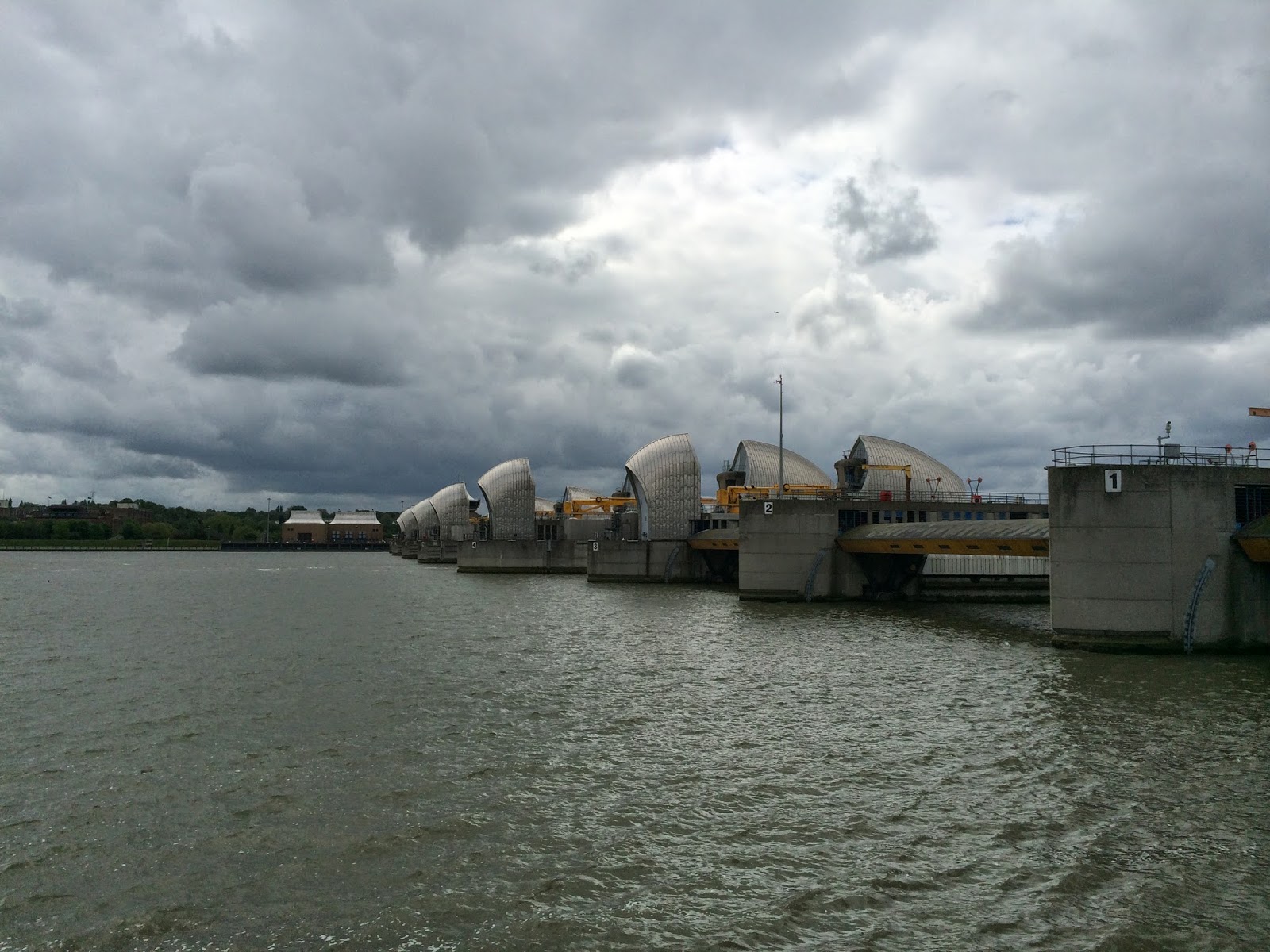 So I didn't get all I wanted, but it was nice to see it anyway.


Next up was a quick stop at Forbidden Planet again. My cousins kid's birthday is coming up and I needed a present (didn't know about the invitation to the birthday party yesterday when I was here).

Then back to Liverpool Street Station again and on the train to Stansted. I am going back through that airport instead of Heathrow.

No incidents at the airport and I was home again around eleven in the evening, safe and sound.

And I am already looking forward to my next trip! :D
Posted by Halo at 11:27 pm No comments:

Travelling with the Doctor

Some reflections from my recent trip to England.

Normally I probably I wouldn't blog from a trip like this, but since there were two 21's in it, I decided to do it.

This was a normal smallish trip for me; I've been to England a lot of times before and I have always liked it. So also this time.

I got to see Stonehenge which was interesting, but the highlight was The Doctor Who Experience - and to take a (brief) look at Wales.
London was London and you can not go wrong there.