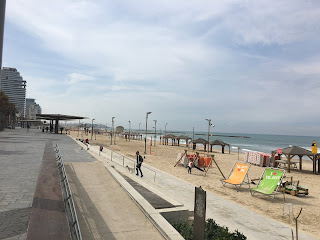 
A great journey came to its end. I have finally seen all seven of the New Wonders of the World!

I am glad we took the detour to Israel.
I have never been that much into Jerusalem and the religions around here, but it is an interesting place and it was fun to see it.

I wanted to avoid going to Petra in the summer heat so my initial plan was to go during the winter.
The trip ended up being in March and it was surprisingly cold and (in Jerusalem) rainy.

Since we walked around a lot in Petra, the cold wasn't a problem, but my plan of wearing T-shirt and shorts was a no-go. The wind at the top of the mountains was chilly.
The sun still radiated so a sunhat would have been good though.

Something I did have issues with was the buses and its problems of keeping time. I need more punctuality when it comes to travelling.
Apart from that, the buses to/from Israel was nice. Not sure what the better option would be.
Airplane (to Eilat) and taxi can be too uncertain and too much hassle with transfers.