My Day in India


I was going to another business trip to China and wanted to a detour to give me motivation for it.

I compared the map with my Travel-ToDo-list and found... India! :)

So be it.
I arranged for a 24 transfer in Delhi and started making plans.

A colleague of mine, Mats, found out my plans and joined me on this trip.
We had a driver (Mukesh) for the whole day and he picked us up at the airport 03:00 am and started driving towards Agra.

After several hour (where Mats and me slept most of the time) we got there.


There was lots of cows and monkeys in this town: 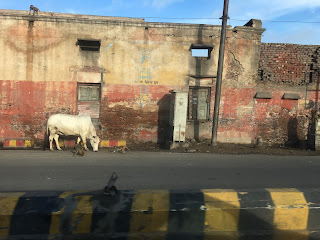 Anyhow, we started off with the mainattraction; Taj Mahal!! 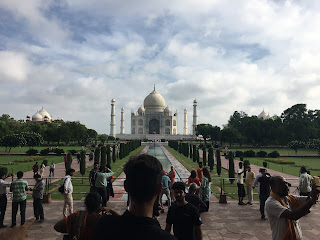 
The Taj Mahal with its leaning minorets: 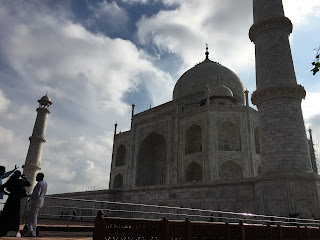 It's not that super-much to see so, after a while we continued to Agra Fort. 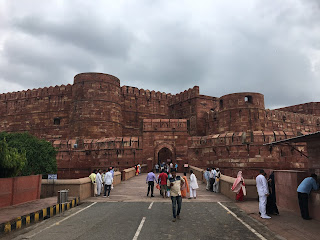 Bonus for the day was a James Bond location! :)
On this balcony (not accessable for the public) a very short clip was filmed for the movie 'Octopussy' (a flyby of Taj Mahal to make sure the audience understood that Bond went to India). 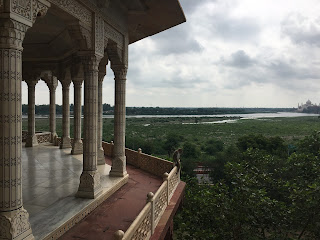 After walking around in the heat (43 degrees Celcius today) in the fort, we decided we were done with Agra and headed back to Delhi. It was then only 10:00 am.


Once in Delhi, our first stop was the Lotus temple. It had been suggested to us by an Indian colleague of us (who also got us our driver).
We googled it and it's architecture intrigues us so we went there. 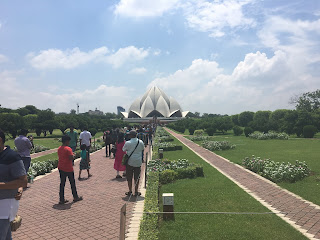 Of course it had pools around it for the lotus to float "on": 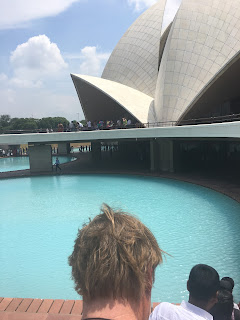 Then we went to the India Gate, a war monument for the Indian soldiers who died in World War I. 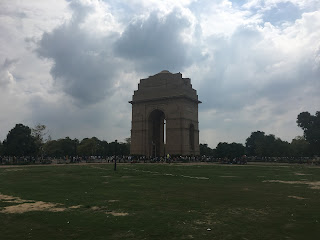 We also visited the Raj Ghat (memorial for Mahatma Gandhi) and looked at the parlament before we went back to the airport.