Finally slept in to day with no real plans.
We did think about going to Tulum for the day, but with this hotel - it's a crime not to use it.

So after the magnificent hotel breakfast we went outside in the hotel area to sit in a chair, getting some shadow to read and relax. 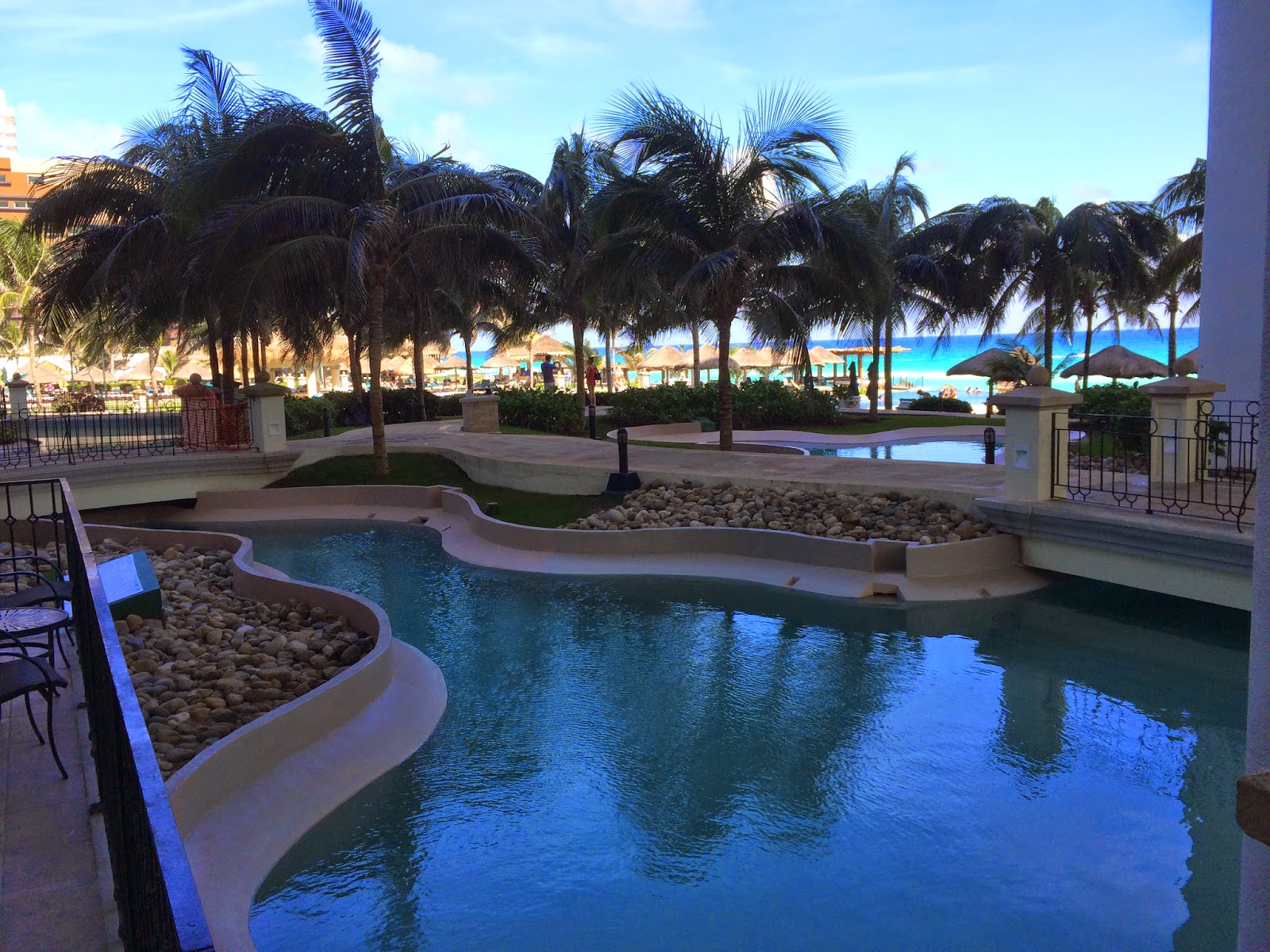 After not too long we went down to the ocean for the obligatory dip in the ocean. 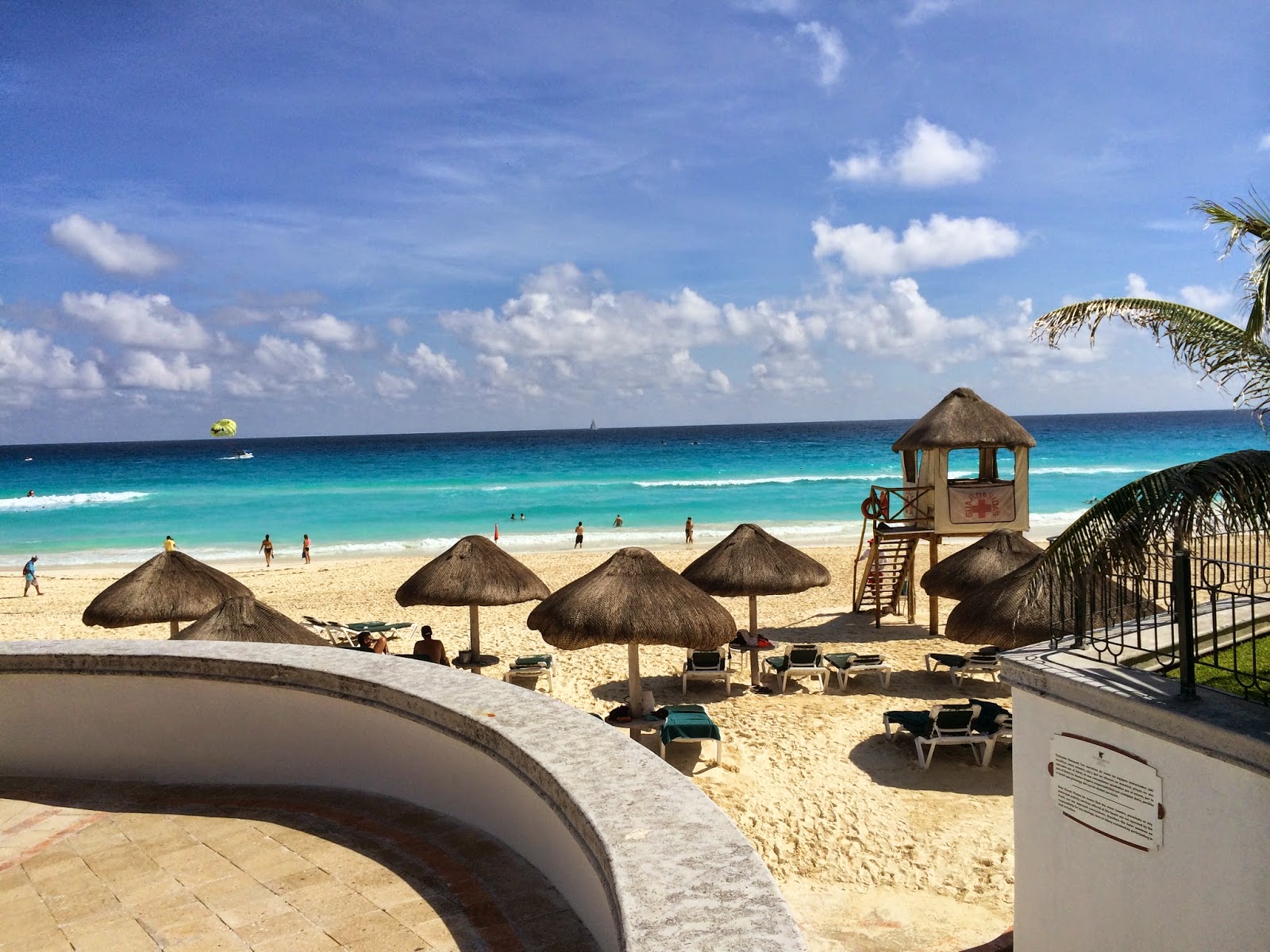 While being down on the beach we decided to go parasailing - because why not?

So we went with Parasail Center ($60 / person) and first rode on a jetski to get to the boat (boarding while both crafts are moving fast forward - interesting! :)).

The jetski experience was easy to get addicted to...

Unfortunately the wind wasn't strong enough today, so me and Henrik had to go up one at a time. 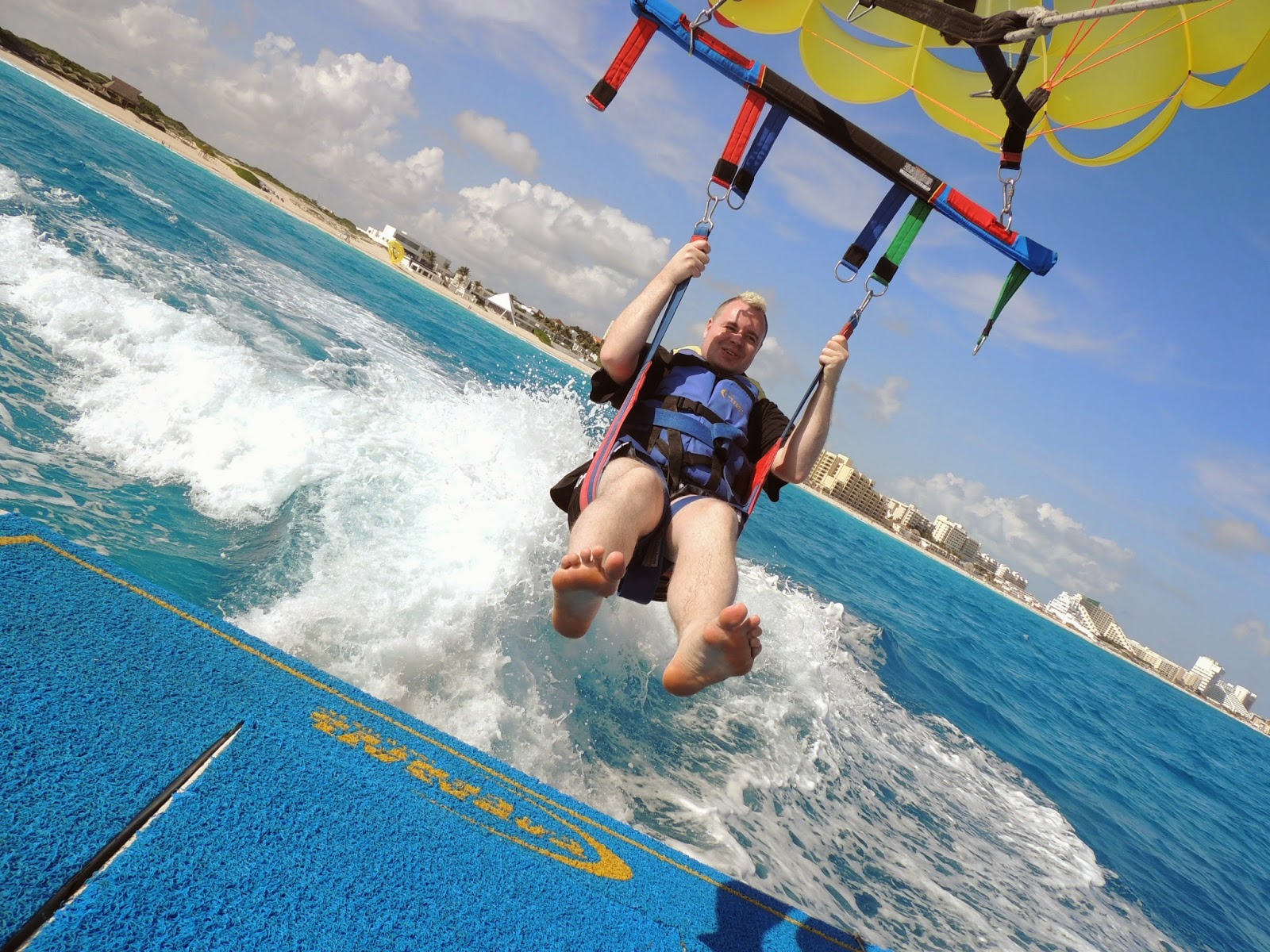 They hauled me out of the boat and up in the air. I topped at about 100 meters - sitting in this small harness... 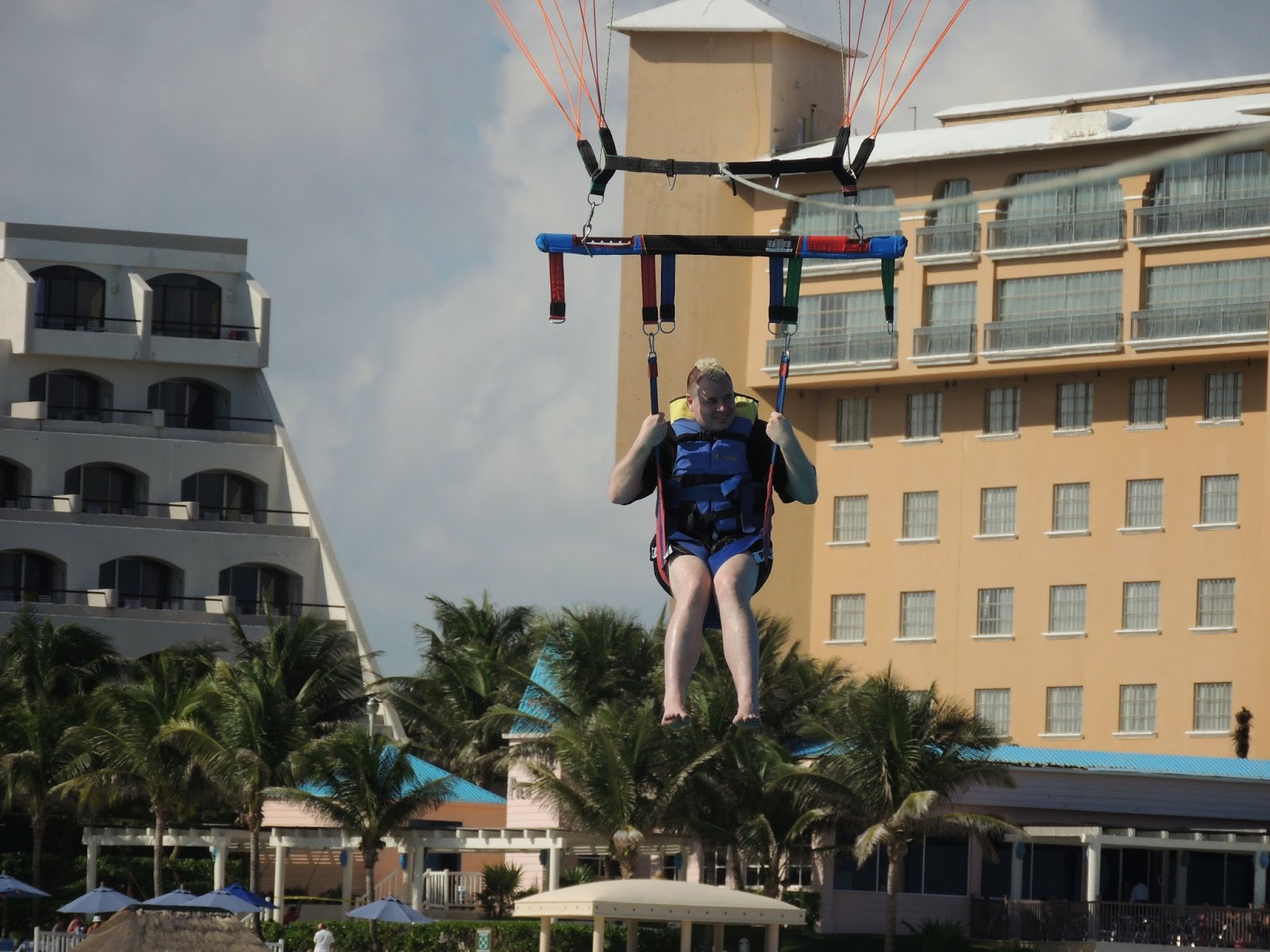 I could see pretty far - and the roofs of most hotels nearby. 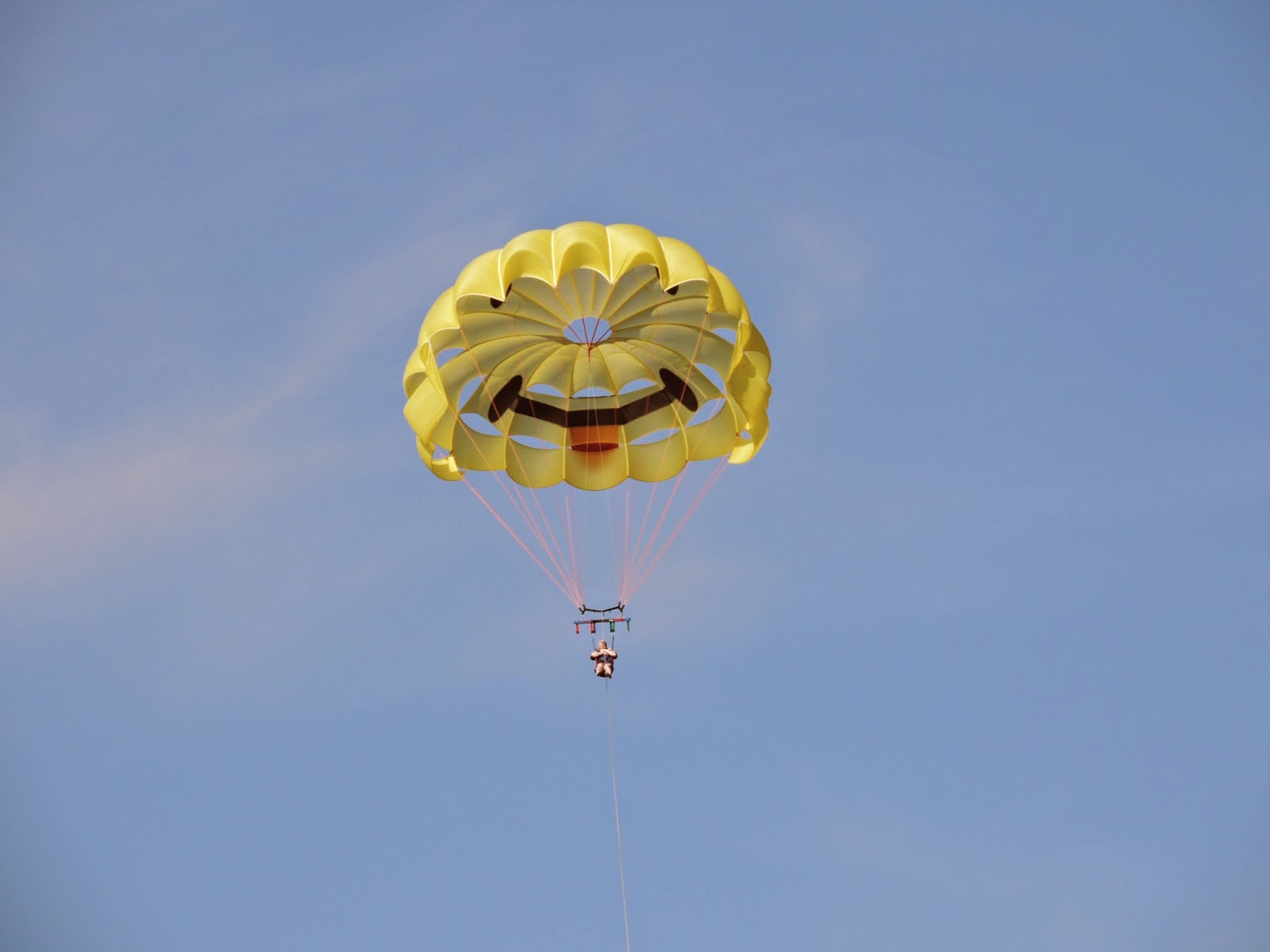 On the way down they (purposely) dipped me in the ocean as well. Very smooth and refreshing. :) 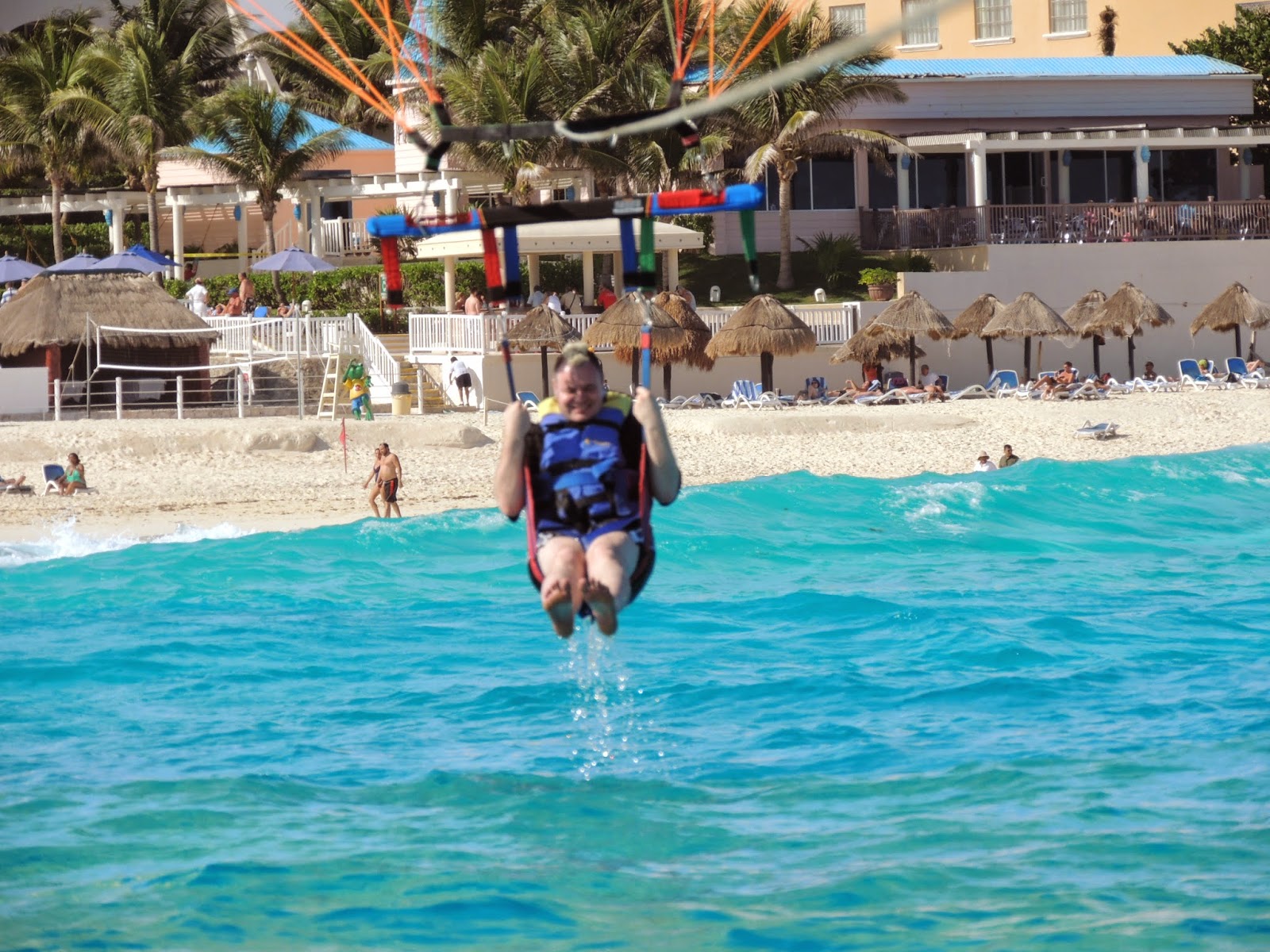 Then Henrik went up in the air. He seems to enjoy himself also. 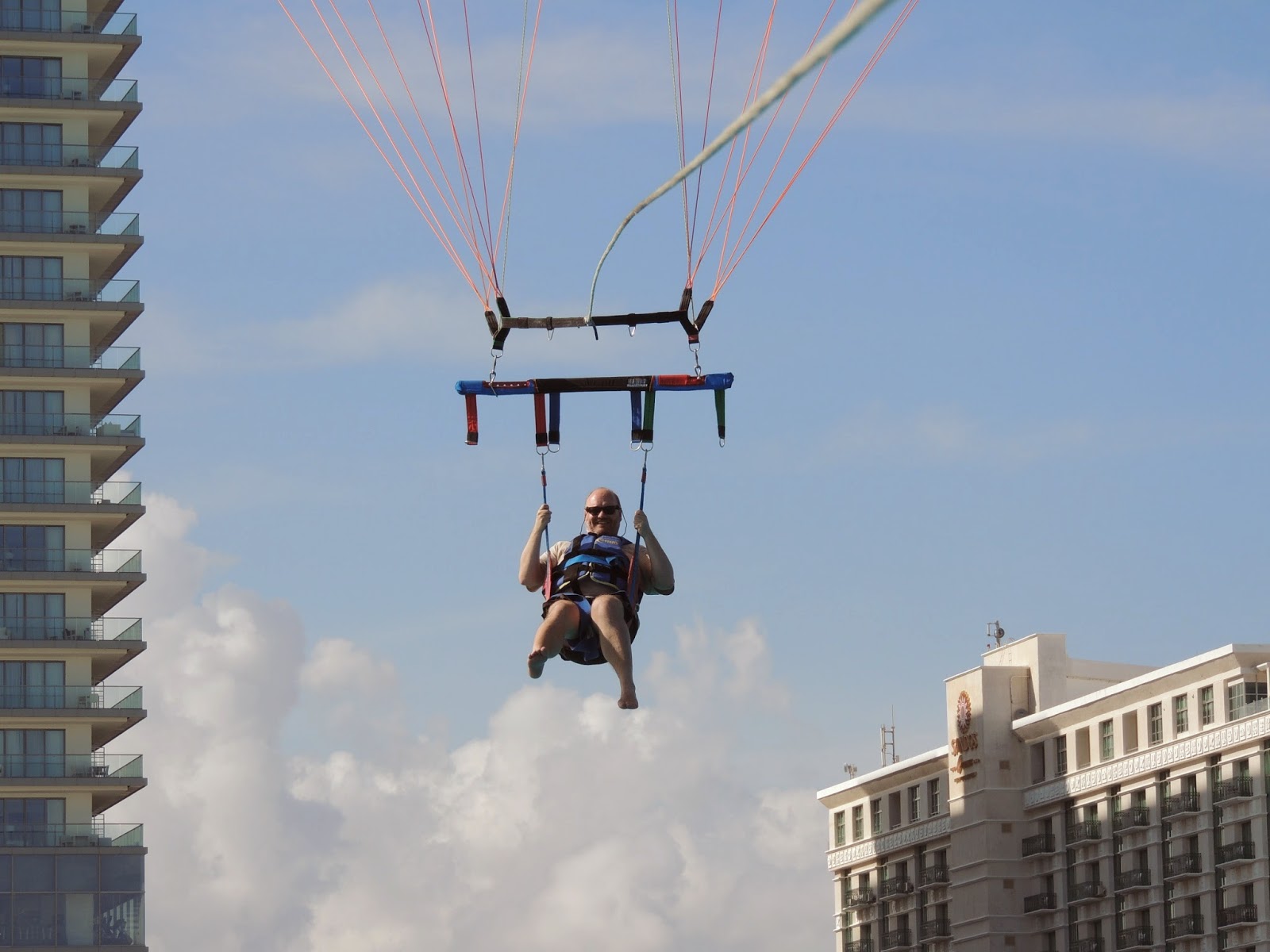 Back via the jetski - and on the beach again!

All in all, it was a fun experience - and not at all scary as one might think. It was very calm and beautiful up there!

Then we chilled on the hotel area again, drinking some drinks, eating snacks, swimming in the pools and reading for a few hours - until it was time to get a massage. 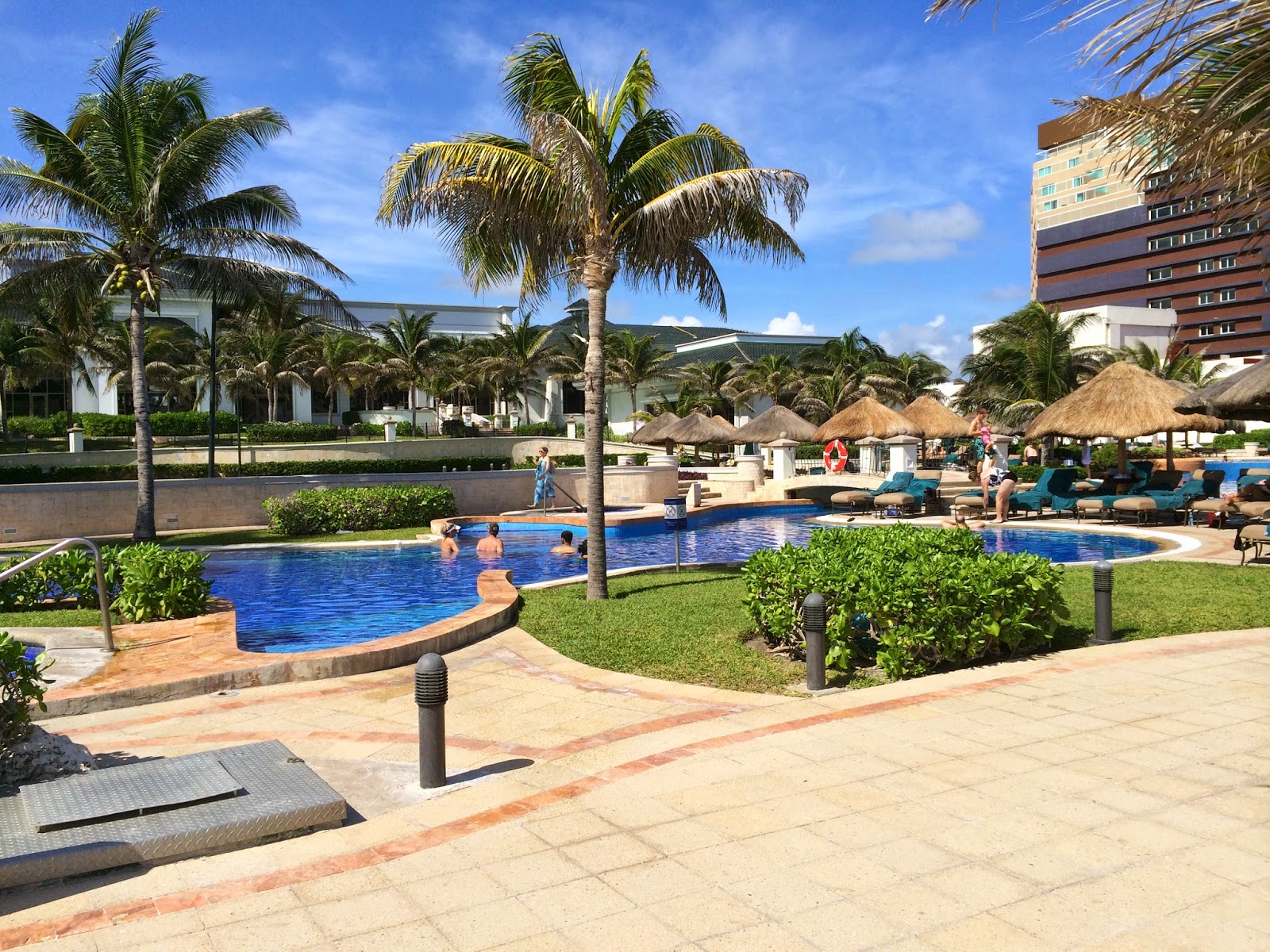 I wanted one - and I convinced Henrik also to get one.

80 minutes later, relaxed (and around 1300 SEK/persons less in the wallet) we were suppose to join up. But I waited 20 minutes - and no Henrik.
So I went to our room, but no Henrik there either.

About an hour later he finally showed up (just as I was going to make a full search with headlights and hotel staff).
For some reason he got a longer massage than me so I just missed him after my wait - and he was down at the spa waiting for me.
But finally he did something sensible and checked the room.

Then, finally dinner (at 9pm)!
We went to another hotel restaurant; Mikado for some Japanese food. We got a cook that made and served the food for us by the table. Very cool. 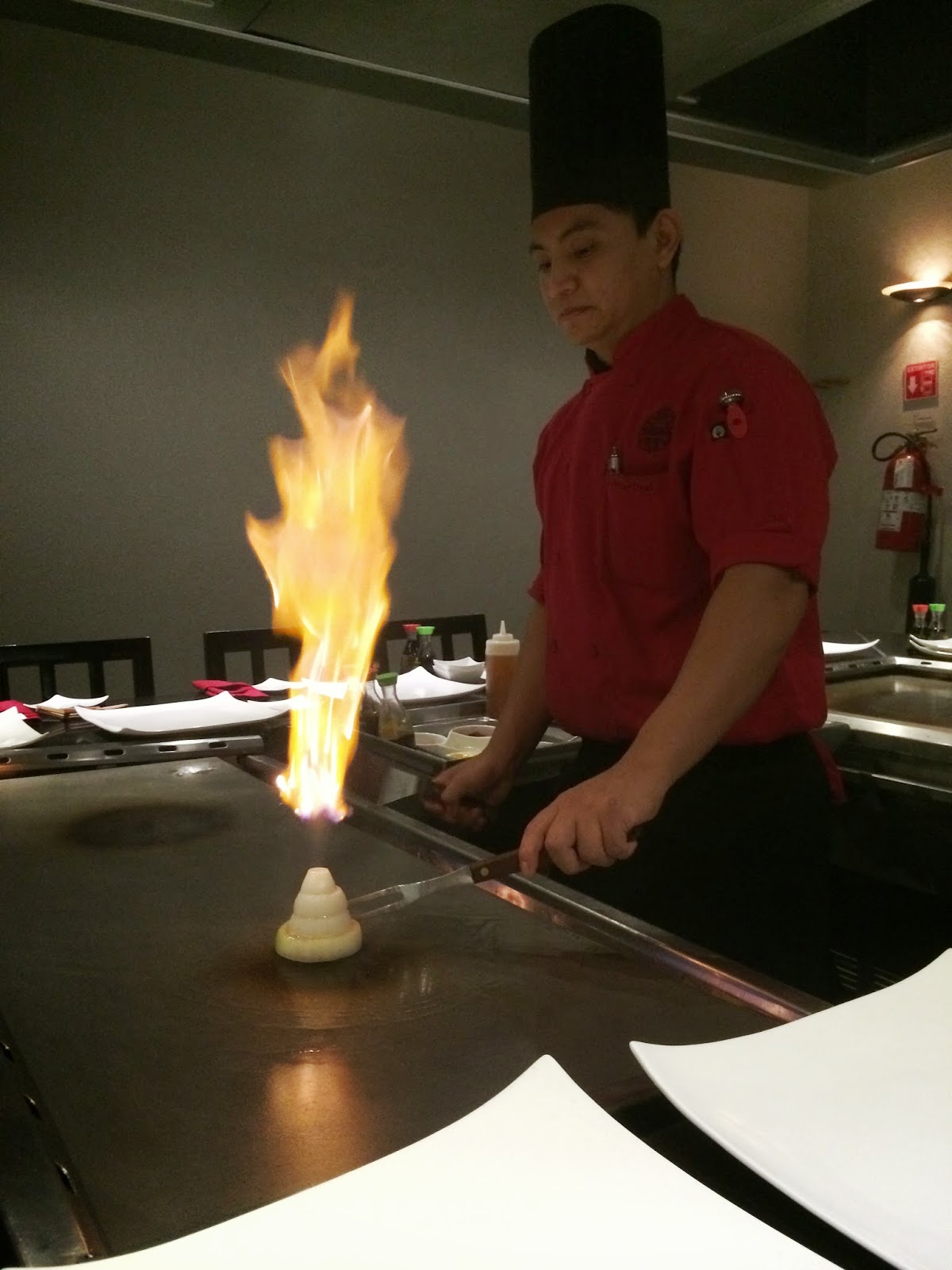 The food was also very nice. As was the sake!

Before heading for the room again, we went to buy some water and stuff in a nearby 7/11. On the way back we got to star gaze a bit on the beautiful starlit heaven.