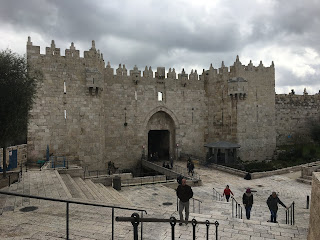 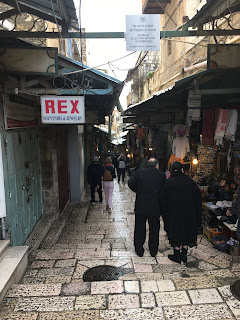 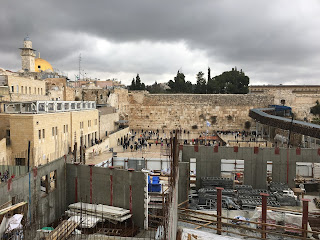 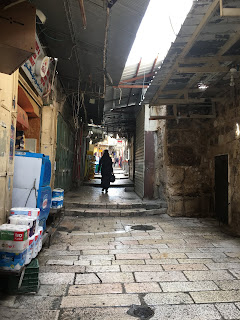 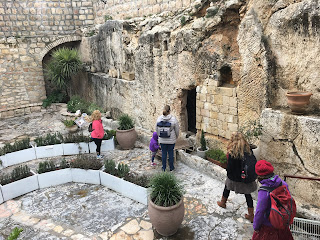 Then back to the hotel. We went straight to bed since we need to go up extremely early tomorrow.
Posted by Halo at 7:50 pm

We had a nice day in Old Jerusalem. It was like going to King's Landing or something. :-)

The one thing I noticed during the day was how many soldiers we saw, on post or moving around. Beginning at the breakfast in the bad hotel, we saw three soldiers with their big automatic rifles hanging casually over the shoulders together with us at the buffet. A very rare sight in an environment like that - the breakfast buffet.

The encounter with the security guys at the gate leading towards the great mosque was a big surprise, something of a jump scare actually.

Very interesting how different the feeling were in the different parts of Old Jerusalem. A new narrow street, and it was like you had been transported instantly to another country...