Started the day by going towards the Asakusa district to see the Asahi brewery (or so I thought).
It turned out to be their headquarters only - and some Asahi owned resturants. The building looked cool enough though: 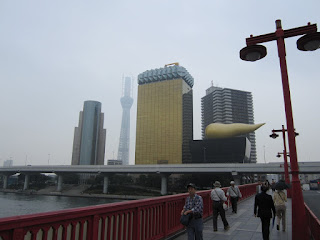 In the background you can see the new broadcasting tower, Tokyo Sky Tree, being built. It's already Japans tallest building, but it will reach 634 m when it is finished in Spring 2012.
It will replace Tokyo Tower which broadcasting capabilities has decreased due to all the skyscrapers that has risen around it since it was completed in 1958.

After this I planned to go to the Edo-Tokyo Museum, but apparently it was closed today so instead I went to Akihabara. 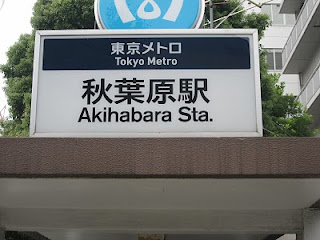 The Tokyo district famous for the Kirsten Dunst music video "Turning Japanese" (search for it on YouTube, they usually remove it after a while so no meaning of me linking it).

Oh, and it's also famous for the Electric City - a place where you can buy almost everything electronic; from capacitors to refrigerators. 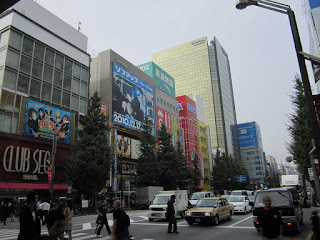 I bought some small stuff, then went to a "Maid Café" and got me an ice cream that looked like this: 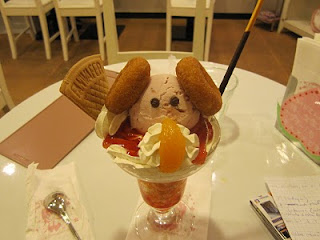 After Akihabara, I decided to wait for the darkness of night (which comes early, about 6pm) by eating dinner, then head for the Tokyo Tower to look at Tokyo by night. 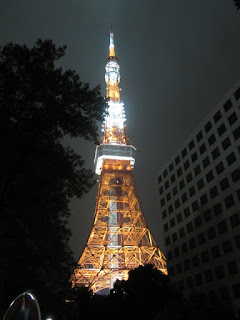 Tokyo Tower is Japan's copy of the Eiffel tower (but a little bit higher of course - 8.6m to be exact). 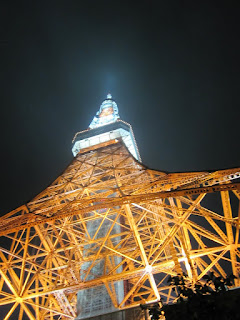 The view from the main observatory (at 150m) was great. 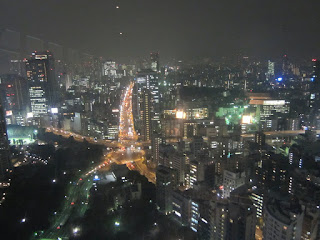 And then you could also go up another 100m to the special observatory. Heading up there, a voice on the elevator speakers said, "You may hear a cracking sound, but this is perfectly normal".
OK..? 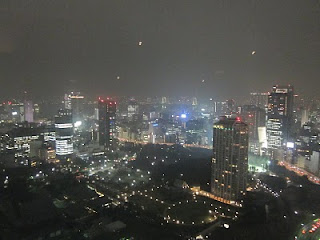 You could pretty much see the whole Tokyo from up here! 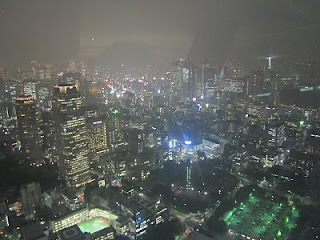 After this, back to my capsule hotel. I am really tired.
I think it's jacuzzi time (the hotel has both a hot bath, cold bath & jacuzzi - I tried them all).