First day in Reykjavik. We slept a little longer (to nine-ish) because we felt we deserved it.

After breakfast we went out on the town (which isn't very big).

First stop was the Hallgrímskirkja, 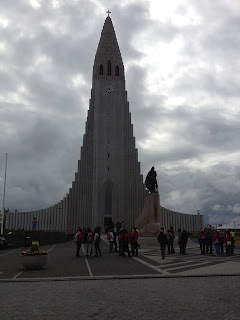 which gave us a beautiful view of the colourful city. 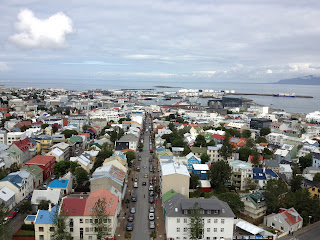 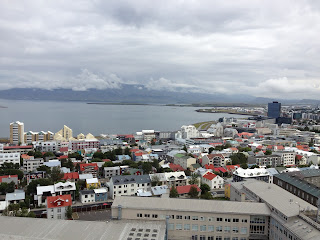 The church bell rang 12 times when we entered tower. Not sure if it was a warning - or just that the time was 12 o'clock...

One interesting thing inside the church was that the benches was reversible. 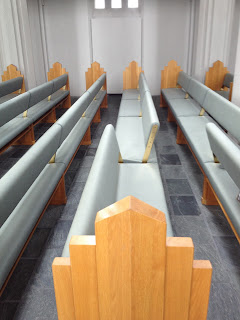 You could easily change them if you wanted to look towards the front of the chuck for a sermon - or backwards towards a concert on the church organ.

After that we walked around and ended up at the National Museum, which had a nice display of the history of Iceland (and the famous chess match between Fischer and Spassky which were held at Reykjavik in 1972).

More walking took us to the Ráðhús (City hall) and Alþingi (the Parliament) - and something to eat. 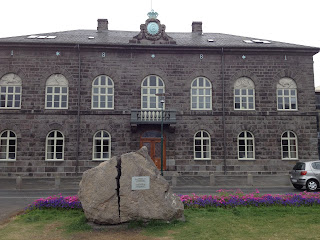 After a short stop at the hotel we went out on a whale watching  with the Whale Watching Express tour. 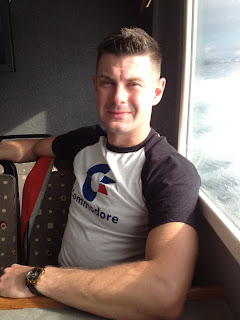 (Jörgen, not seasick, on the ship)

Major disappointment; we never saw one single whale. :(
(and yes, the irony of us eating whale two days ago and today not seeing one is not lost on me) 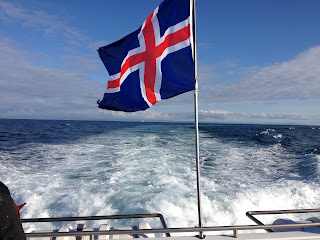 However we did see some white-beaked dolphins. 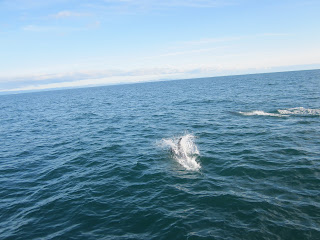 However I did see dolphins in Gibraltar - and much closer so I wasn't too impressed.
Jörgen seemed to like it though so that's good.

Back on land we went for something to eat at a very nice restaurant (which I of course have forgotten the name of) and then it was time to hit the pubs. FINALLY!

We started at the very fine Micro Bar which had some nice Icelandic beers. The pubs after this is kinda a blur, but we did have fun.
Posted by Halo at 12:19 am