Just to shown you how small our car is that we drive around in.
This is the trunk. 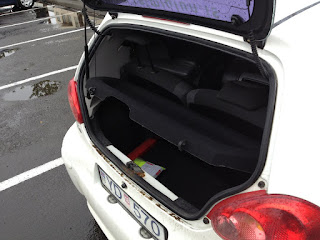 No space for any kind of suitcase.

So instead we have them in the back seat: 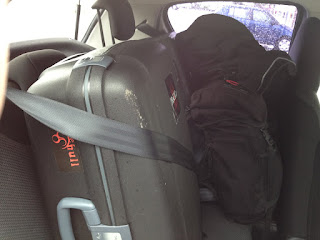 The major drawback with this is of course that we can not pick up any female hitch hikers. :(

Anyway, driving out of Akureyri and towards our first stop of the day; Hestasport just outside of Varmahlíð. 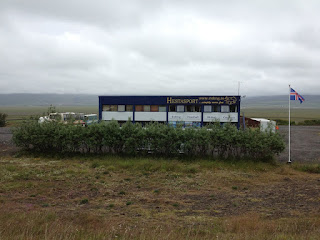 Here we geared up... 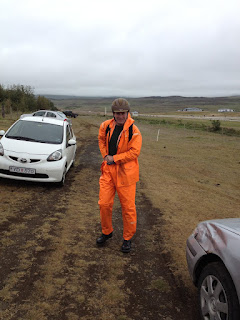 ...and headed out on the horses into the Icelandic terrain. 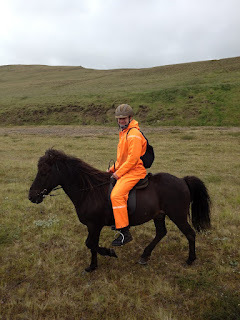 (Jörgen on these pictures) 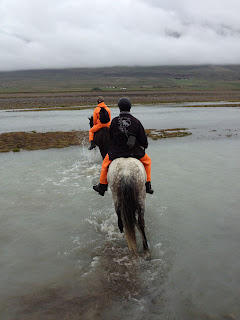 It was a very nice 3 hour ride (although maybe a little too beginner-ish).
It brought back a few pleasant memories from the old days. :)

On the tour it was only our guide and me & Jörgen. No big tourist-rides here, which of course was exactly how you want it.

I highly recommend HestaSport if you want to go riding on Iceland.

After the ride and some food we headed south.
The plan is to do the "Golden Circle" tonight. This was originally scheduled for our first day here on Iceland, but due to the delay we had no time.

And to reach our destination even earlier we took a "short cut" calculated by our GPS.

It might have been shorter, but driving 55 kilometres on a dirt road isn't really recommended in a Toyota Aygo. 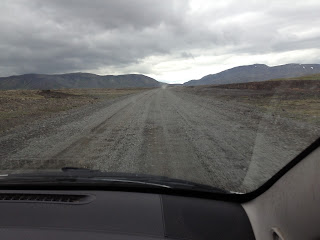 But somehow we got to Þingvellir in one piece. 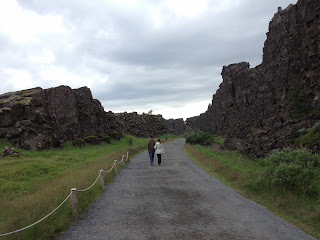 This is the place where the North American and Eurasian tectonic plates drifts apart. 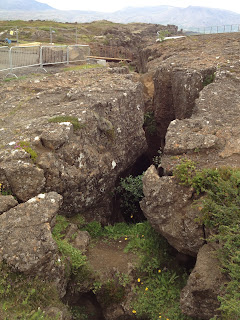 It's also the place where the (world's) first parliament was founded; Alþingi.

Before I came here I was thinking something like an Icelandic Grand Canyon so I have to admit I got a little disappointed, but it was still OK to see.

After this we drove to the Geysir area which contains several geysers.
Unfortunate Geysir itself is pretty still these days (only erupts after some earthquakes - last time was 2000 and then it only squirted a few meters). But it must have been something to see back in the days when it reached around 70 meters.

Instead we saw another active geyser just beside Geysir; Strokkur. It hurled its water about 25-35 meters up and it was quite amazing to see that. Oh, how nature has its wonders! 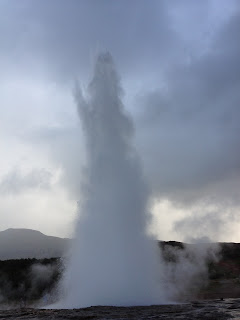 And speaking of the wonders of nature; our next (and last) stop of the day was Gullfoss.

This beautiful waterfall is really a sight to be seen. 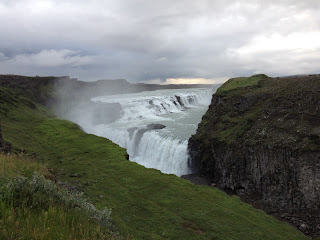 With two stages it reaches 32 meters. 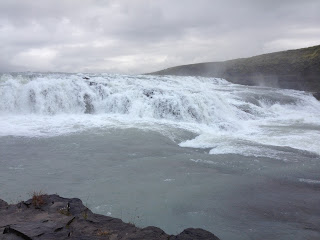 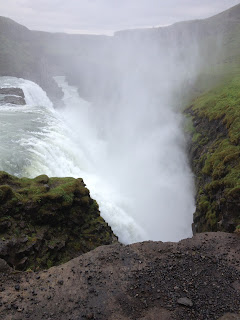 Then we headed for Reykjavik. The trip around Iceland was over.
It was a lovely ride with all the different landscapes and adventures, but now it's time to abandon the car and stay in Reykjavik.

The Route 1 (The Ring Road) was in better shape than expected. We only had to drive on dirt roads twice with a total length of about 30 kilometres. The rest was happy-happy asphalt.

And the car rental service was superb. They really did everything they could to accommodate us and help out. And it was also cheap!
We highly, highly recommend them: Rent Car Iceland.

Now all that's left of this day is pizza and sleep.
Good night!
Posted by Halo at 6:18 pm