Time to leave Tokyo for this time and head out for a one week tour outside the capital (and to go to some other, older, capitals).

I have bought a Japan Rail Pass, which gives me free access to all JR trains around the country for a week. Funny thing, this pass can only be bought by foreigners.

A proof of Japanese efficiency when waiting for the train to leave; the doors of the train didn't open until five minutes before departure time - and we still drove out from the station on time. These queues the Japanese form really works. :)

I was really excited for this train ride, my first on a Shinkansen, Japanese express trains. This one was a HIKARI and makes the 550 km distance in three hours despite several stops on the way. 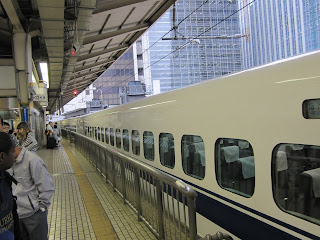 The start of the trip made me a little disappointed though, I had expected The Kick™, G forces pushing me to the seat and everything outside the window going to a blur. High hopes, yes - and they didn't come true. But it was noticeable that the train was going faster than any other train I had ever been on. So of course it was cool :) 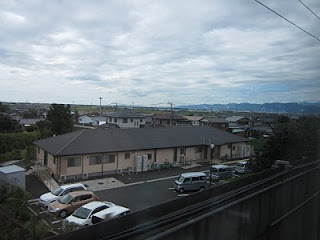 Something I never though of before was that the Japanese landscape has a lot of hills. It just goes up and down in layers...
I hope I will get better pictures on that on another train ride. 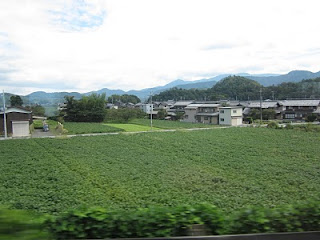 One thing that was different was that the train personnel always bowed to the passengers every time they entered or exited a train car.
I want to see them do that in Sweden!

During the train ride I started reading - and finished - Neil Gaiman's "Odd and the Frost Giants". Luckily the book was so short! ;)

After arriving in (Shin-) Osaka, I went to my hotel, the Hotel Monterey Grasmere Osaka - and almost got lost looking for the reception, where was it? Oh, there - on the 22th floor. OMG, I seem to have reserved room at a very fancy hotel, here is a peak on the reception (way in the background) among relics (they had a museum there as well) plus two restaurants and who knows what else. 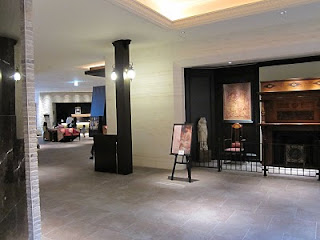 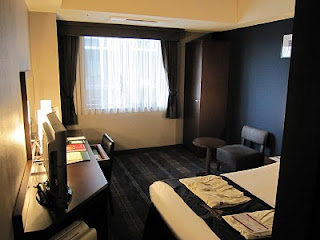 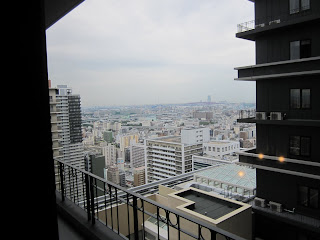 But no rest for the... tired/spoiled/goodlooking. I went out again almost eminently so I would be able to look at some attraction before the day was over.
Even though it had started to rain, I decided to go to Osaka Castle, the building I had read so much about in my youth - and now I finally got to see it!

A side note about the Japanese; they really love their umbrellas, as soon as there is a hint of rain, everyone pops one up. They are everywhere!

Here is the outer moot: 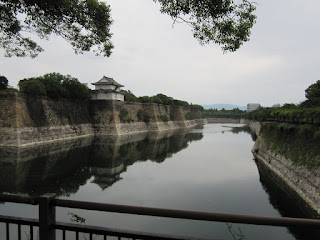 and the inner (without water these days): 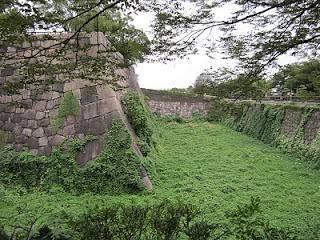 Headed for the large port (on the inner bailey) 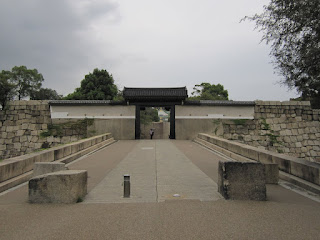 and there it was: 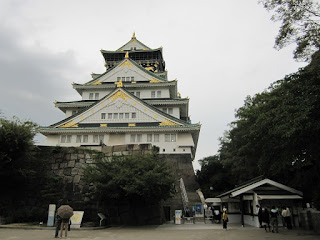 It was really nice to see with its white colour and ornaments and stuff all over!

I also went inside and looked at the view from the 8th floor: 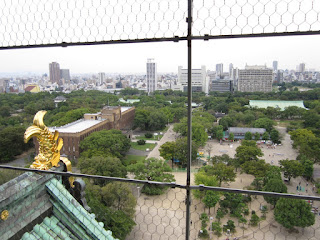 There was also a museum on the inside which was nice.

Going back towards the hotel I went through Shinsaibashi, a place with youth culture and clothing (hey, I openly admit it, I try to be younger than I am) and in this part of the town there is a looooong street with roof above with a massive amounts of stores, called Shinsaibashisuji shopping arcade: 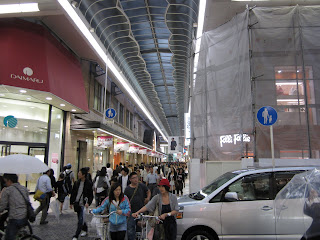 Note that this goes for as long as you can see - and this is only a fifth of the street - at most!

After that I came to the hotel - and time for a rest. Finally.

Tomorrow I think I will head over for another ex-capital; Nara.
Life is good.
Posted by Halo at 11:31 am