So last evening/night wasn't so much fun.
This really looks like a Japanese house and I noticed last night that this wasn't always a good thing. It looks just like a Japanese horror movie!
I was expecting to see Sadako any second. Or that girl from Shutters!
It was seriously creepy!

Anyway - today I decided to please my engineer gene and took a local bus up in the mountains to the Miho Museum.

I think it must have been 10 years ago I saw this program on Discovery channel(?) about a museum they had build and incorporated it as much as possible with nature. It was very interesting to watch and somehow it stuck in the back of the head.
When I got to Kyoto I saw a poster for the Miho Museum and realized it was the one in the program so many years ago.

That is why I went there. I don't know whats in the museum, but that's of less importance. However the whole thing turned out pretty interesting. It wasn't an ordinary museum at all. 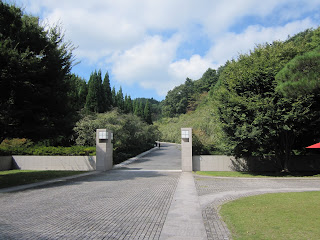 The museum was ordered by this spiritual organisation (*coughsectcough*) called Shumei. They believe in happyness for all in the world and that you should always try to surround yourself with beauty (kinda "if you only see beauty, you will do beautiful things and be happy"). 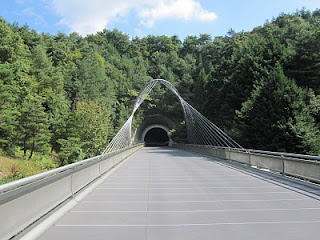 They asked the famous Japanese architech I. M. Pei to design it and he did a marvelous job.
The whole structure plays well with nature (about 80% of it is below ground). 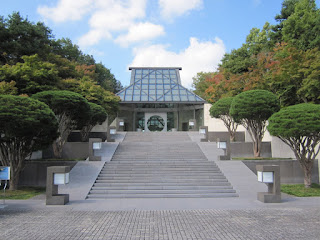 So what's in there then?
Well, beautiful things.

It could be anything from pottery, statues, artwork and the like. Unfortunate it wasn't allowed to take photos, but if you are interested there is a little more information here: (Miho Museum) 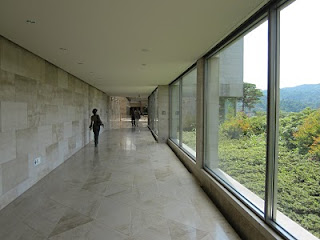 It was a different, but very pleasing tour in the museum, but also outside. Worth the trip!

So instead I went to the nearby Heian Shrine, maybe the largest in Kyoto. 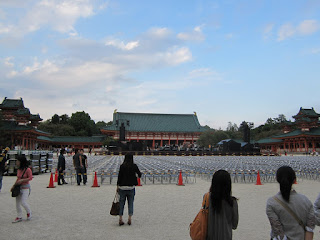 It certainly has the largest Torii gate! 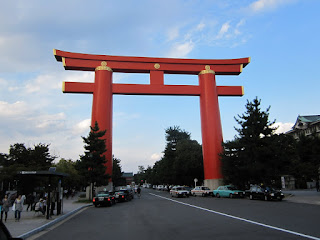 It's about 24 meters high. One of the largest in Japan, if not the largest.

Before I continue, I would like to talk to you about vending machines. They are everywhere in Japan! 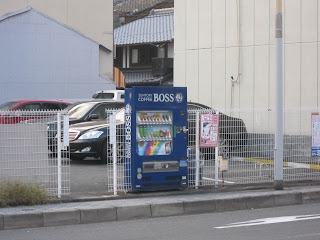 And it's not just water, soda and juice. Some also has beer! 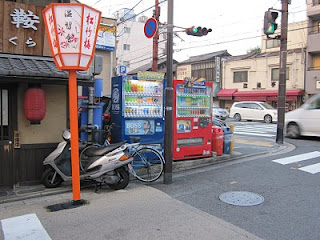 Does the Japanese drink so much that so many vending machines are needed? Apparently so.

In the evening I headed for a part of Kyoto called Gion, home of Geishas. 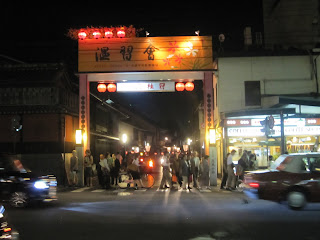 There were some walking down the very nice looking streets and I since I was hungry I decided to eat at one of the restaurants here. 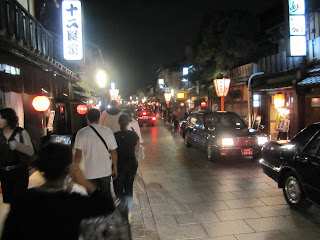 It was nice to be served by Geishas, but unfortunate that was all they did (no, I am not thinking of that - I was more thinking about playing music, dancing or doing the tea ceremony - things that real geishas should be doing).

But they looked nice. 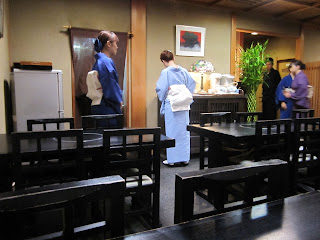 I took this picture without them noticing it. It was probably OK to take photos, but didn't want to ask.

After the meal (which was good, but also very expensive), I went home to the hotel again. Last night on the road. Tomorrow I will be heading back to Tokyo again.

I am soon going to sleep. Fun times. Hello there Sadako, are you in my closet?
Posted by Halo at 12:56 pm