Woke up at four from a text message from someone who didn't know I was in Japan and after that I couldn't go back to sleep (I will be sleeping with the phone in silent mode from here on so don't worry if you want to send a message).
So first I started to read a new book, William Gibson's classic novel "Neuromancer". I've read it several times already, but this time it will be in English. Not sure why I never done that before.
But after a while I decided to head out early instead, I had a full day in front of me and might as well get a early start.

I took the train to Nara, an old capital of Japan (which is celebrating its 1300 anniversary this year). 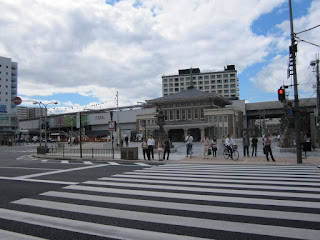 I walked to the Nara Park (and walking I was doomed to do this day - I walked for hours and hours in this park...), which is famous for several temples, old houses and stuff - and its deers.
These animals walk freely in the park and gets food from the tourists and could be very pushy sometimes in their quest for it - and still they were not fat. Wonder how they do it? 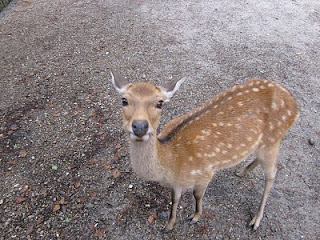 But returning to the buildings...
The most impressive was the Todaiji Temple which had a mighty big gate in front of it: 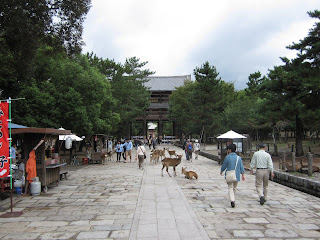 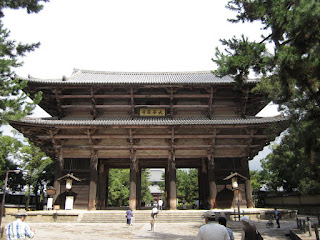 and then the temple itself: 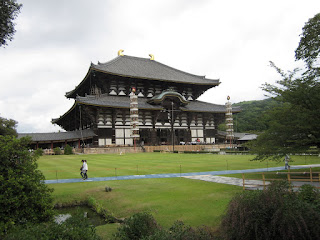 Inside where were severals statues, among them Japan's largest Buddha statue. It was huge! 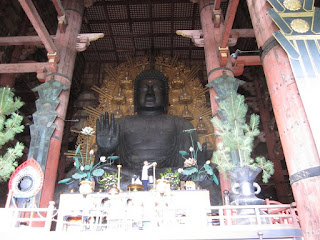 (note the old man in front of it).

This cultural exchange has been interrupted by a new toilet story:

I wanted to use the facilities in this park and found this toilet: 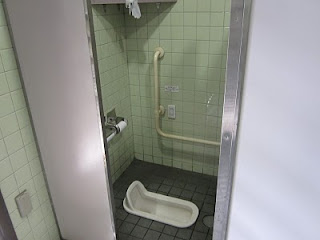 Seat? We don't need no seats in this country!
In my efforts of testing new things (and me really needed to go) I tried it out, but realize midway that I had my back towards the toilet paper. Luckily it all turned out well in the end anyway (later note: I actually encountered this type of toilets in other places in Osaka as well - apparently they have both kinds). 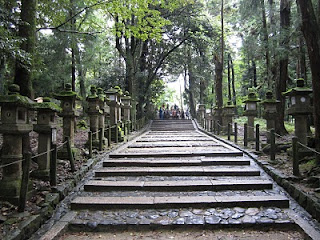 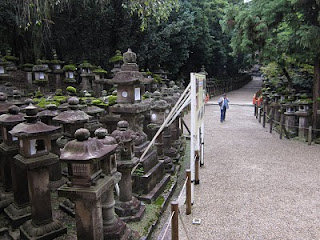 Lanterns - and deers, of course: 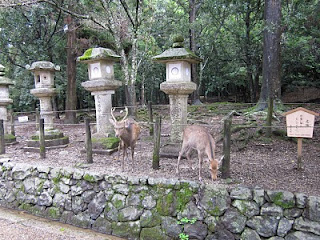 After killing my feet several times over, I decided it was enough walking in this place and headed back to Osaka.

A funny thing I noticed on the train platform was this: 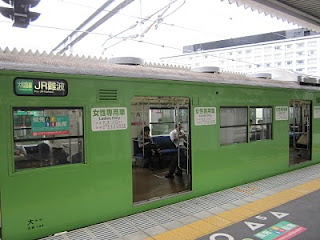 A train for women only (at certain times of the day). Never seen that before, maybe not a bad idea?

OK, we are back in Osaka!
I went straight to Kaiyukan, one of the largest aquarium of the world. 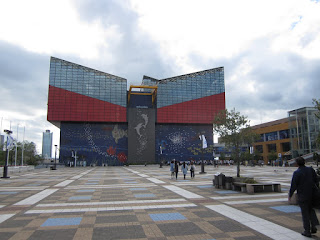 I seriously don't know why I always visit aquariums where ever I go. I don't care that much for fish or water animals - and if you have seen one aquarium, you have pretty seen them all.
So what new things did this bring to me? Not much, however I enjoined the layout of it, you went up to the 8th floor and walked on sloping floors downhill. And since many of the tanks were very deep, you could see the same tank several times on different levels. That worked out neatly.
I also liked the Whale shark. It was probably the biggest fish I have ever seen. Real nice. :) 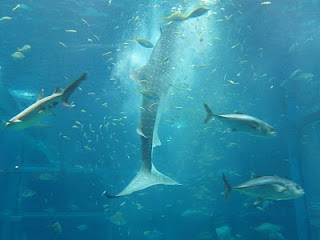 OK, so I have to do one more toilet story today, sorry for the perhaps inappropriate topic, but I blame it all on the Japanese.
So I went to the toilet here as well - and the seat was warm! And I don't mean "someone was just sitting here" warm, it actually was heated. Very strange! And nothing I really liked.

However one cool thing they did have; when I washed my hands, they had this sink where the left outlet was liquid soup, the right was water - and closest to you, there was a dryer! And of course they all where activated with sensors.
You gotta love the Japanese and their ingenuity! 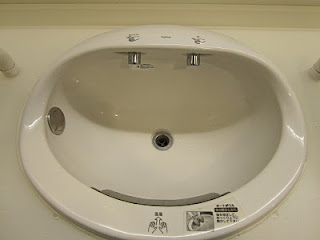 On my way back to the hotel I wanted an ice cream and the only flavour this place had was... green tea.
Uhhh, it didn't taste absolutely horrible, but I only ate half of it. And I am not going to buy me a new one any time soon. 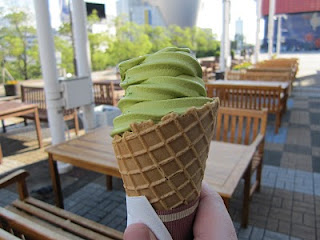 A side note about Osaka, something that I noticed yesterday when I arrived here, but it was confirmed again today. For some weird reason the Osaka people ride their escalators on the right side, while in Tokyo they ride it on the left side. *shakes his head*

Back at my luxurious hotel, I have discovered that they have a church build inside it - which is also on the 22th floor!
Apparently this hotel is popular to get married in. 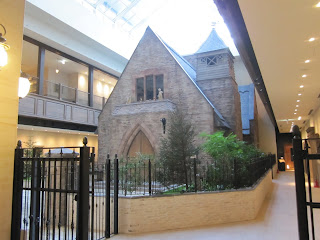 Time to enjoy my last night in this hotel!
Night all!
Posted by Halo at 10:47 am