This day didn't start well - I overslept and the reception had to call me at 15 mins past checkout time (11am) to wake me up.
I got ready real quick, but I didn't have to pay for an additional day which was good.

But it also ment I was in a hurry to get to Las Vegas in time to return my car.
So at noon the car was newly gased and ready to go - I had even filled the tires with more air (had a warning light on it and I wasn't take a chance I would get stuck in the desert).

And off I went.
And desert I saw. Like this: 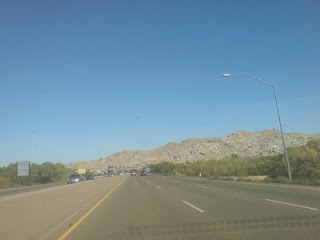 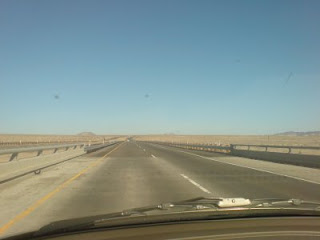 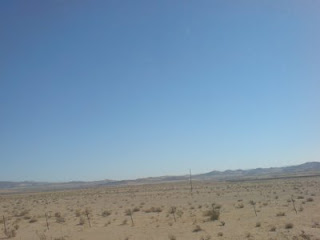 But I have to admit it was a bit fun to drive in the famed Mojave Desert. :) 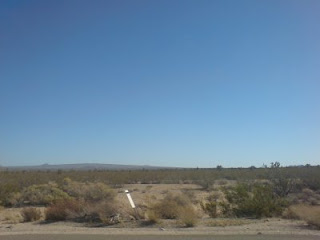 At about 4pm I was there ("slightly" faster than legal speed) and after spending 45 mins to find where to park the car - and where to return the key (the GPS I had couldn't tell me the exact location, so I had to ask several people...)
I got there 15 mins before they closed, so no extra charge there either. :)

And then to my hotel, The Excalibur! 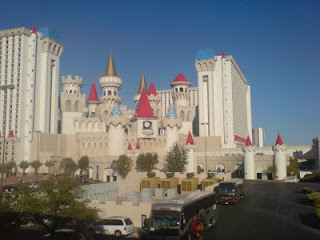 (and this is just the backside of it...) 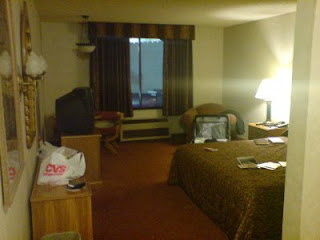 I went out to see the famous Strip (Las Vegas Blvd) right away -and saw several recognizable hotels:
The Luxor pyramid and Mandala Bay is just close by: 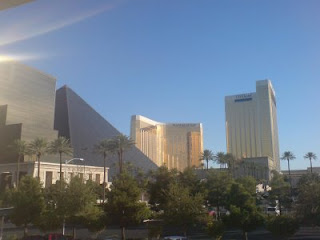 As is New York New York: 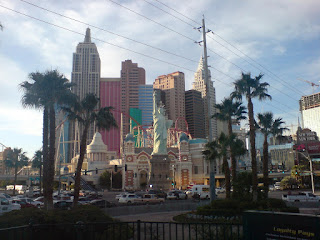 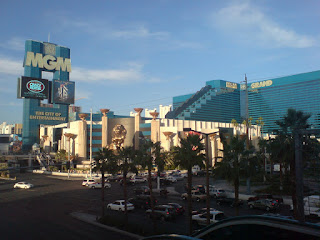 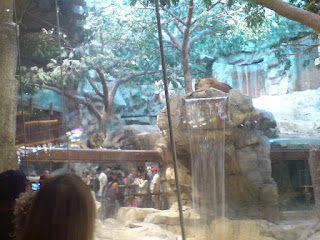 Here we have the Monte Carlo 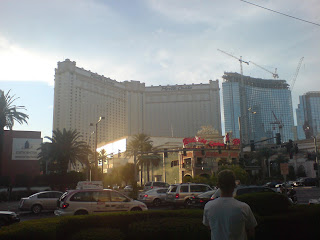 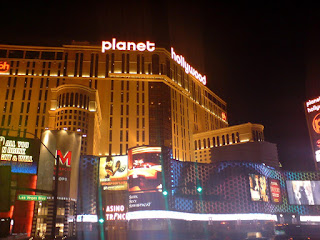 and Bellagio and it's fountains: 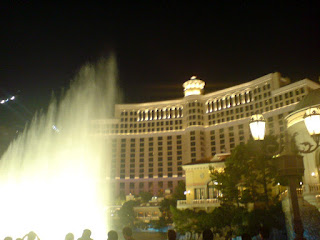 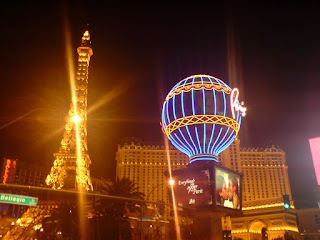 and the good old Ceasar's Palace. 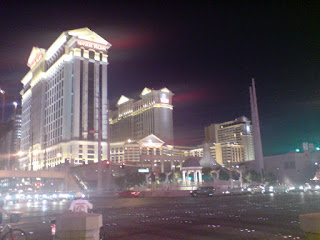 Here I also went in (to eat at the Planet Hollywood resturant, which strangly enough is not in the hotel of the same name).

The sights I saw there...
I thought I was prepared for the whole Vegas thing - but OMG, I am still amazed.
I am also amazed I didn't get lost in there. :)

Apart from a giant casino, they had stautes, fountains, a ship(!) 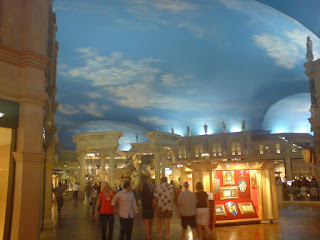 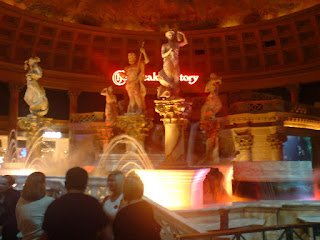 and a big Tojan Horse: 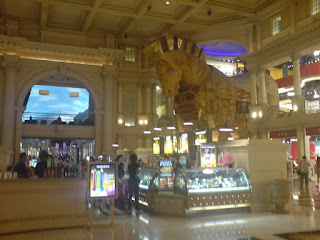 An amazing place!
Will be interesting to see what the other hotel will be like. I will go to several during the week I am here - and take photos of course. :)
My plans in Vegas so far is Grand Canyon on Wednesday and Blue Man Group on Thursday or Friday. I still haven't decided what to do tomorrow, but will do that before I go to bed.
Night!
Posted by Halo at 9:27 am