So what happened at Universal Studios really - and how was it?
Gather around and let me tell you...

I got to Universal Studios in time well in time for when they opened (which was 9am). 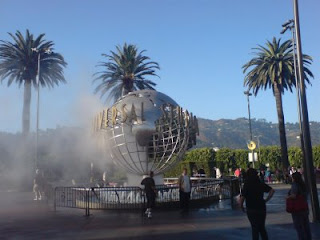 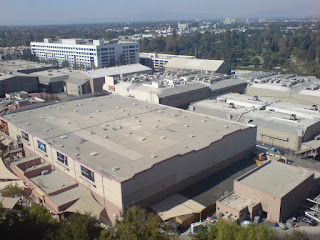 and the outdoor sets at the backlot. 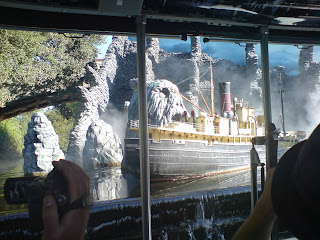 
The village of Amity from Jaws.

They had the whole Desperate Housewifes set here where they did the outdoors scenes (indoor scenes is of course made in the sound stages). Not that I watch the show, but maybe some of you recognize the houses: 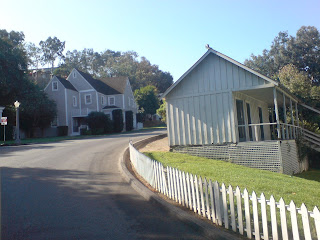 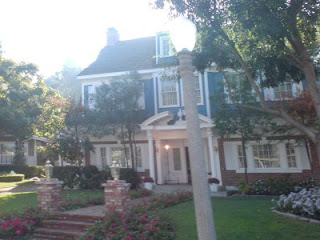 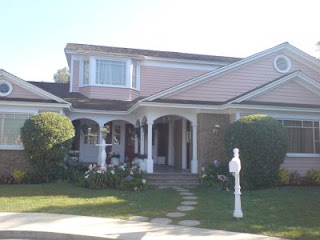 They also had the set for the original Phycho movie: 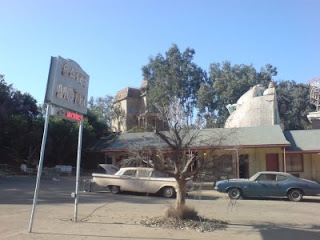 as well as the set for the plane crash site from Spielburg's version of War of the Worlds: 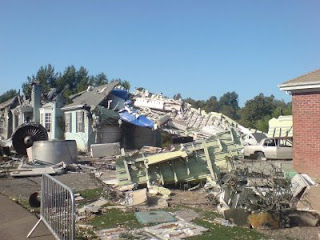 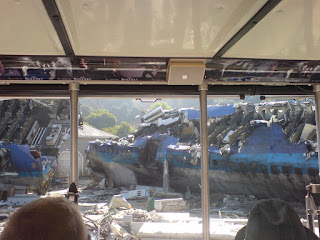 During the night (when the park is normally closed) they were going to have a "Halloween Horror Night" thing with a lot of different horrifying stuff. Here are some photos of the props for that (I will of course go on that as well, but since my camera isn't as good at night, I figured I better photograph some of it during the day): 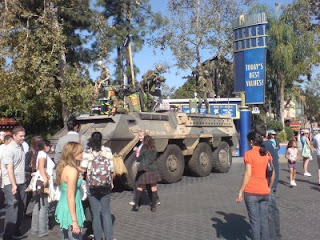 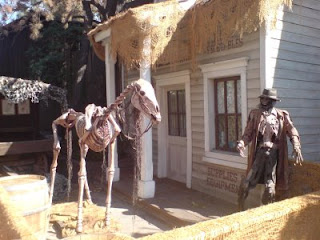 There were a few zombies out during the day as well (but not as many as during the night! :) 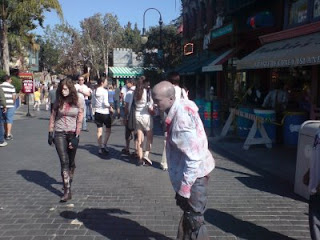 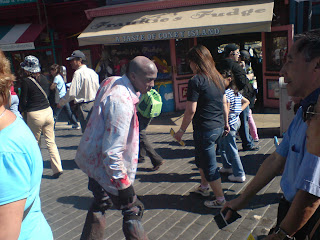 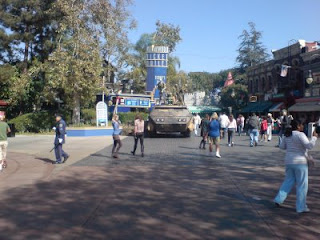 I found this dead girl very hot. Does that mean there is something wrong with me? 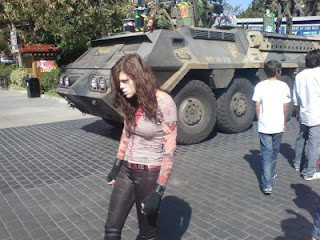 On to the shows and rides I was at! 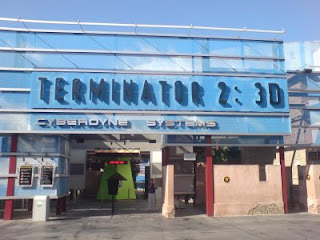 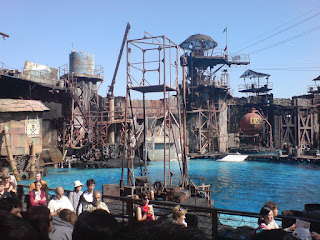 and the Simpson ride: 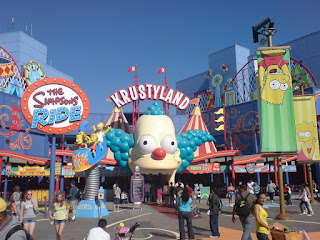 Here we have the Jurassic Park ride. I didn't go on this during the day though. I waited until the Horror night ride - when it was made in total darkness! :)
It was a raft thing again - just like in Gothenburg and San Diego Sea World - with the additional dinosaurs. 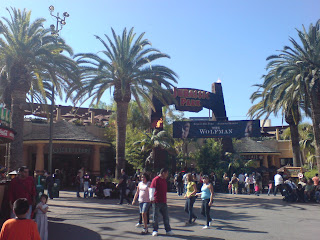 After all this (was done at about 4pm) I bought some stuff (T-shirts and whatnot) and returned them to the car.

Then back to Univeral Studios for... 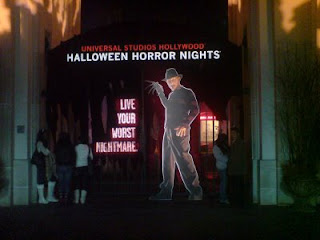 
All around the park they had people with different horror make-up moving around scaring the people walking by. Some was real scary - with chainsaws and the lot.

They also had made 4 different mazes (walk around in a house and see scenes from the Elm Street/Friday/TCM/Various movies) with people jumping at you and scaring you half to death.
They were pretty good (especially the Friday the 13th house).

I also went on the "Bill and Ted's Excellent Halloween show". It was really good. They made references to the movies being shown this past year + some song/dance numbers.

Some regular rides were also open, but some had a Halloween twist to it (like the "Jurassic Park in the dark").

The main ride was a "Studio Tour on the backlot" - just like the one on the day.
Only problem is that it took you in (to the crash site seen above) - and made you get off the bus. Then you had to go back - with scary people all around you in the dark.
It wasn't bad at all - but I must admit it wasn't as good as it could have been (or as I imagined it). The problem was that they had too many people doing it at the same time. It's hard to get scared when you are walking together with hundreds of people in one long queue. Often you see the actors scaring someone up ahead - then you know they are there.

To summerize the Horror night, I have to say I really liked it - but it would have been an easier scare with company - especially someone who scares easily.
Being alone you are more on the look-out then walking around talking to friends. And having someone screaming at your side also hightens the feeling.

Apperently Jennifer wanted to join me, but I didn't get her email until I got home :( (which actually was as early as 11pm).