Today I took the bus to Hollywood and spent most of the day on Hollywood Blvd. 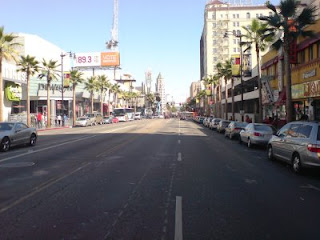 I started with looking at a map to find out where some of the interesting stars were on the Walk of Fame (Arnold: 6764 Hollywood Blvd and Winona: 7018 Hollywood Blvd ).
While looking for them I popped into a few stores on the way until I got to the more interesting part of the street.

I found the Capitol Records building: 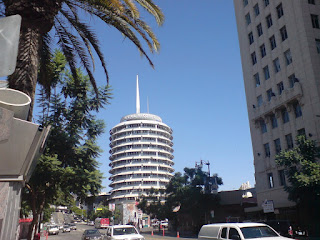 as well as Kodak Theater - where the Academy Awards (Oscars) has their award show. 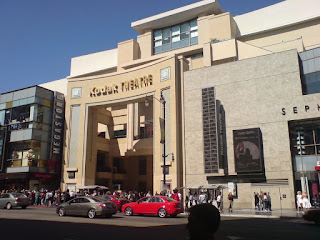 Here I also found the stars I was looking for: 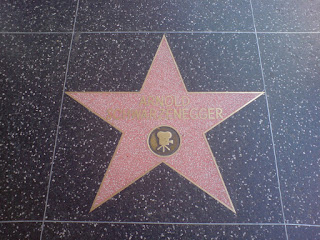 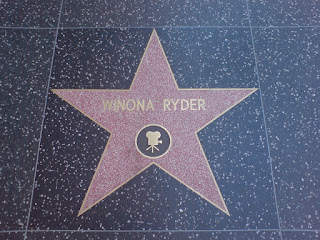 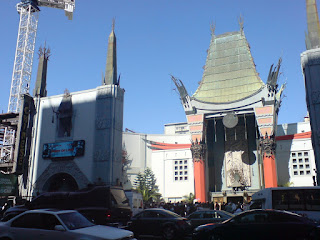 but also watch the movie that was played there (I like going to the movies in other countries :)
The movie this week was Body of Lies, an American movie about terrorists and whatnot.
I also found a Horror Movie Festival playing at the regular cinema-plex part of the Chinese Theater called Screamfest. Maybe I'll go for a movie there later on if time permits.
After the movie I headed for the bus stop to take the bus home. However, while waiting for the bus, I found this gem: 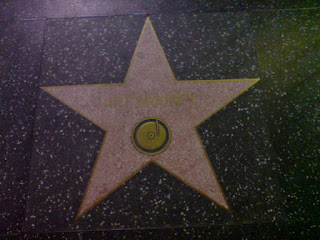 Anyone recognize it? ;)
(it says "Art Mooney")
Now I am back at the hotel to try to figure out what to do tomorrow. Still not sure.
Posted by Halo at 6:48 am