Today I was going to do most of the Strip. Starting furthest away and work myself back to the hotel.

But first a few pictures of the Excalibur: 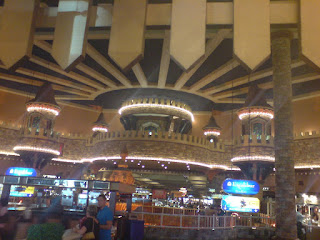 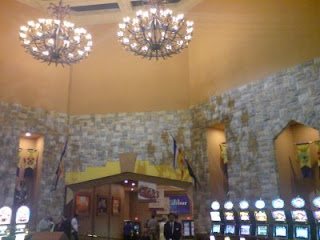 and from the outside: 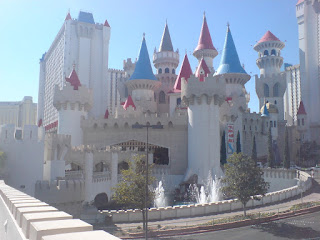 So at the end (or the beginning?) of Las Vegas Blvd (The Strip) is Stratosphere - a hotel with a high tower, making it the tallest building in Las Vegas). 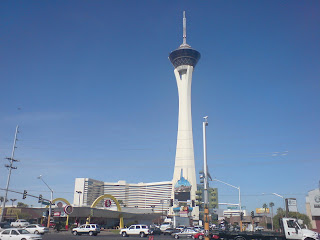 Now, here's the thing. On that tower - they have three rides.
Up I went!
Just the view was scary... 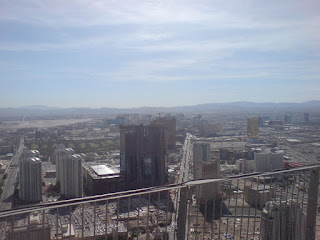 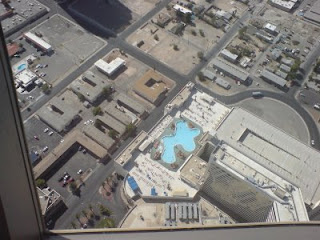 I was high up! About 260 m/866 ft.
I had decided to do two of the rides, Big Shot (shots you up the air and then free fall back again) and Insanity (an arm that spins you around, while hanging outside the edge of the roof).
The Big Shot took you up to a high of 350 m / 1149 ft. Intense!
But then unfortunally, the Insanity ride was temporarily closed due to heavy wind. I can't really say I was sad about hearing that.
I almost soiled myself just seeing the pictures of it, while being up there...
Here is one promotion picture of it, but they had others (real photos) that was way scarier. 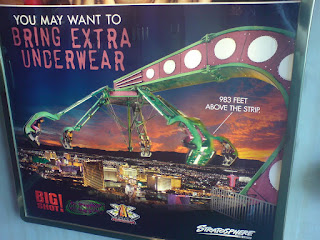 I moved on down the Strip and got to another hotel with rides; Circus Circus. 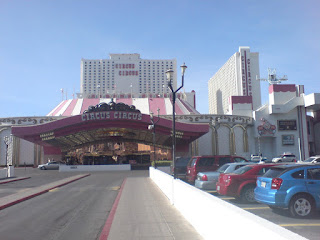 Here all the rides were indoors. 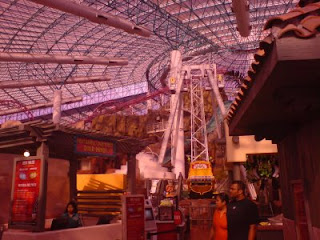 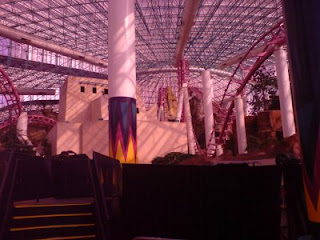 I tried the roller coaster, which was ok for being indoors. However my sunglasses went flying on the first loop of the ride.
I looked for them "just in case" after the ride and actually found them on the floor betweeen two game machines. And they were intact! Can't believe it held for that drop.
Well, well - I can only say thank you for that. :)
Next stop of the day; Treasure Island! 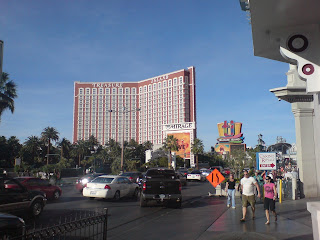 They had a cool ship on the outside where they had "sirens" preforming in the evening. 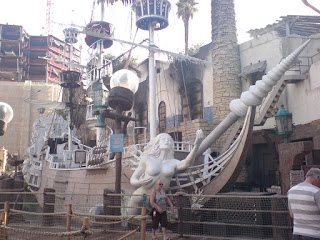 Maybe I will go back there to see that one day...?
Then I came to the most amazing hotel today, The Venetian. 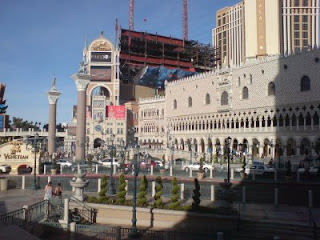 They had Venetian buildings on the outside and on the inside! 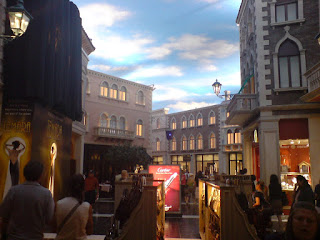 They even had a canal with gondolas you could ride, while the guy sang italian songs. 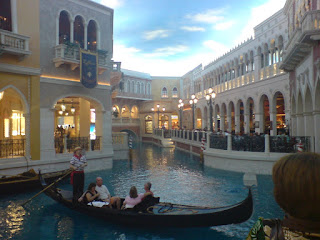 and their own Marcus Square: 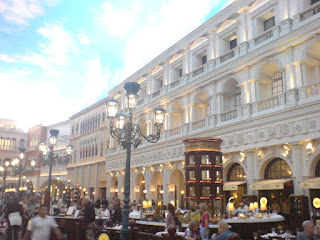 Really nice place!
The Bellagio wasn't too bad either: 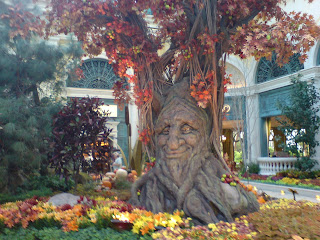 This was a interesting piece they had; the worlds largest chocolate fountain! 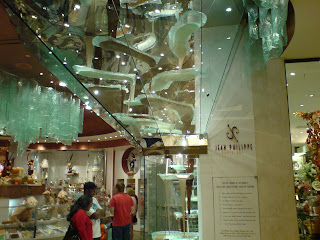 After that I went back to the hotel. Got to get up for the Grand Canyon tour tomorrow, so I should be in bed early today - no shows for me.
But I might go over to Mandala Bay and see the Shark Reef tonight. In that case you will hear about it tomorrow. :)
Posted by Halo at 3:22 am