Tuesday October 21st - part II
I did indeed go to Mandala Bay yesterday evning and looked at their Shark Reef.
It was pretty nice. Especially the part where they had made a sunken ship you went into and could se all the fish around you (including several sharks).


Wednesday October 22nd
Up very early - 6am to get on the bus to Grand Canyon at 6:30.
And I waited for the bus. And waited - and nothing came.
Finally I called them and they sent a mini bus to pick me up. Seems they had forgotten me.
The mini bus took me to a meeting point in downtown Las Vegas where several other mini buses had picked up people from other hotels to go on a larger bus that would take us to our destination.
Anyhow - I got onboard and off we went.

First stop was at Hoover Dam. 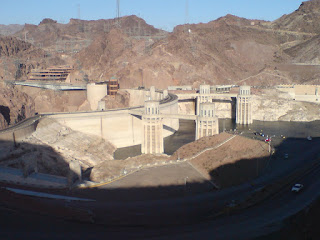 Unfortunately we only stopped to take photos. I would loved to go to the inner parts of that dam. It was mighty impressive!

Then the trip continued. We ate lunch at some place on the Route 66. And a few hours later we arrived at Grand Canyon. And Grand it was! 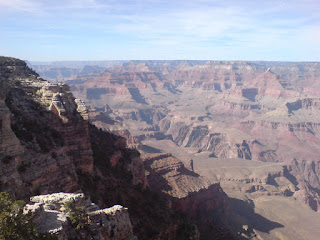 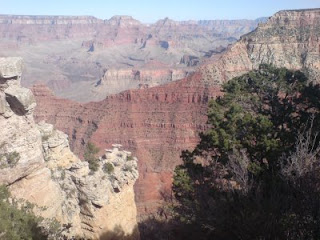 It was really huge. And we could only see a part of the whole thing! 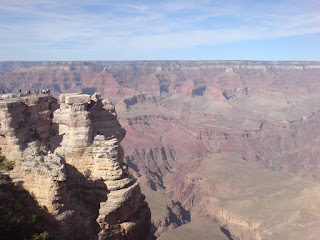 And it was pretty deep as well - and not really much fences that protected you.It's a wonder not more people fall down and dies here... 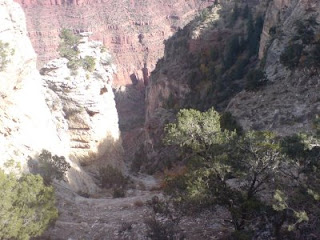 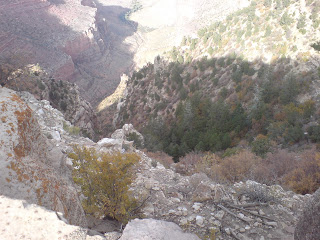 You have seen it on film, pictures and painting. But you haven't really seen it, until you are standing there looking at this wonder. 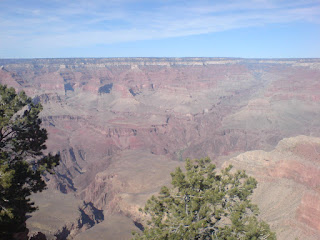 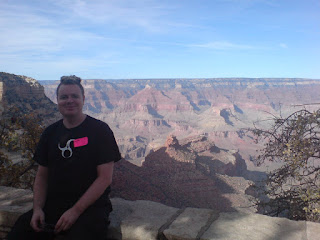 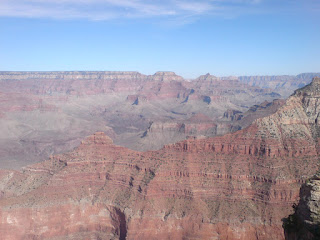 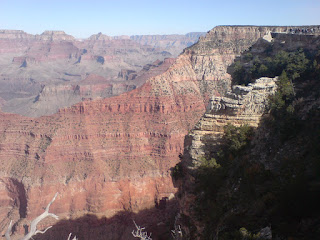 Anyhow - that was fun to have seen it - but then we were heading back again.

I had planned to see my first Vegas show today and I it was going to be one of the six(!) Cirque du Soleil shows they have here in Las Vegas. Unfortunately my first choice, Mystique, wasn't available (we came back too late today from Grand Canyon and it's dark Thursday & Friday), so I went to my next choice; Zumanity at New York New York.

This was the first time I entered this hotel and just as you would expect, they had build mini New York inside the casino. 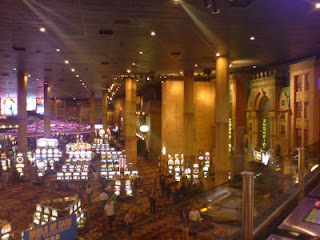 I plan to go on their roller coaster ride tomorrow.


The Zumanity show was pretty good. Especially the acrobatics. This show focused on sensuality and sexuality and had a fair share of that. I didn't complain.

After the show I actually gambled a little for the first time in Vegas.
I put the staggering five dollars at risk, but - believe it or not - I won a total of 10:47 (more than doubled my money!). Then I bought a beer for my winning. :)
Posted by Halo at 10:52 am

yay for winning! now odnt gamble again whilst there and you can say you beat Vegas!