Last night when I was in my bed reading, my neightbors decided to have loud sex. Twice.
Not frustrating at all...

Anyhow - today starts the third week of my vacation in California... :)

Since I wasn't going to Mexico, I had to do something else. Looking through the tourist stuff, I found that they had an Air and Space museum in town. Just that info decided what to do, but right now they also had a section dedicated to Star Trek. Done deal - I headed over there! 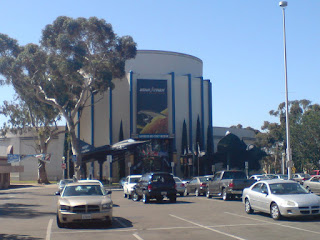 Some models of different Enterprise's & some other Star Trek ships (just like in the movie "First Contact"): 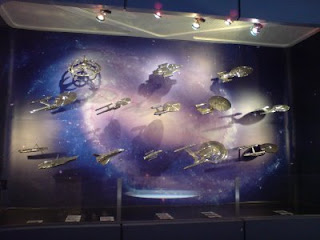 A replica of the Original series bridge: 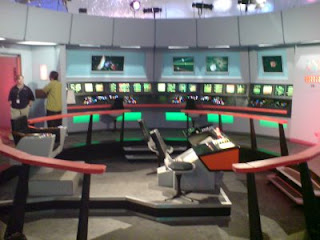 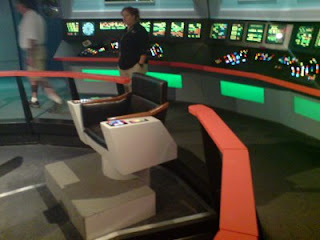 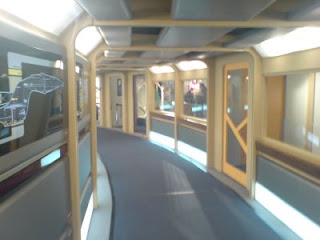 The captains quarters, with some things from his travels in TNG (can you spot the flute from Inner Light? :): 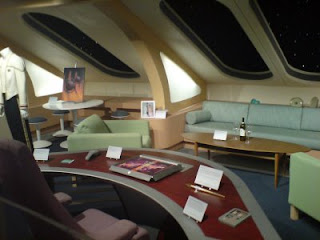 They had many different stuff from all series 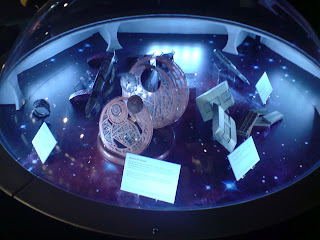 as well as clothing: 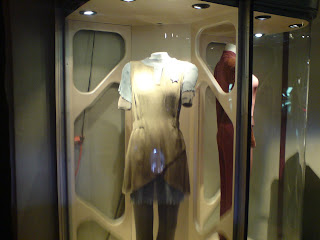 A transporter pad had been built! 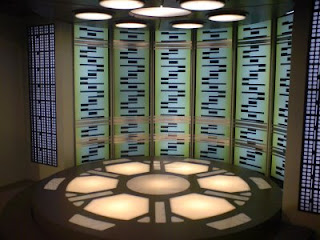 and a replica of the Guardian of Forever (from the TOS episode "The City on the edge of forever" of course, but you know this): 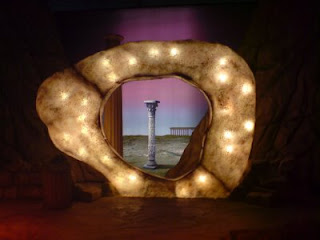 The museum had many nice "normal" aircrafts as well, but I won't public any of those, because it got better later on during the day when I went onboard the USS Midway - a aircraft carrier that now serves as a museum in the San Diego harbour:

Some photos from the flight deck: 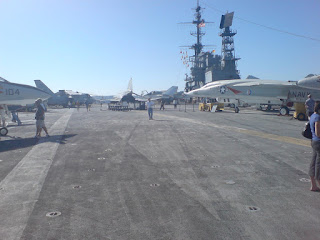 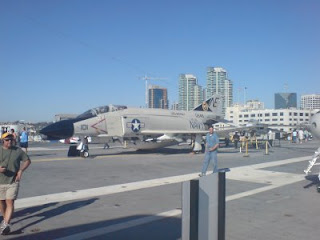 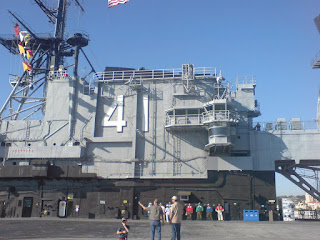 San Diego from the flight deck: 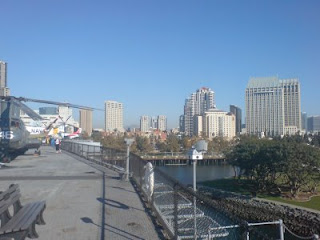 I stayed on the Midway until it closed at 5pm and then went to see San Diego the city. I walked along the 4th, 5th and 6th street a bit and looked at the shops and resturants.
A nice town this is. :)
I ate at TGI Friday and then drove to the hotel.
Going back to LA tomorrow morning.
Apperently my plans involves a play to be seen and then go partying, but more of that in the next blog.
Posted by Halo at 5:36 am