My second week in California starts in a Motel room in San Simeon. 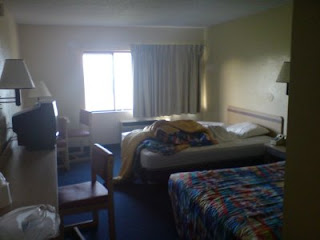 I go up early this morning to catch the first tour (8:20) in the nearby Hearst Castle.
This is an amazing place - and an example on American culture and how they like to take things from the old world - and put it all together in ways that sometimes work -and sometimes don't.
William Randolph Hearst was a big newspaper man in the early 20th century (1900-) and he had a lot of money. So he decided to build a big place for himself and his friends on his family's ranch in mid-California (miles and miles from anything that remotely looked like a civilization).
And he bought some ancient things he found at auctions in Europe and New York and so the buildings took shape. A ceiling from a old french house here, several chairs from an italien church to serve as a wall here, some old statues from Egypt here and some huge tapestries from Belgium here. The buildings are really a story of a man with too much money on his hands. But still it is facinating to see - and it is not at all as bad as it could be.
In fact it was amazing to see it all - and to visit the place for a weekend back in the days would certainly be a vacation to remember.

Let me show you some of the things:

The mainbuilding, built like an old spanish church on the outside: 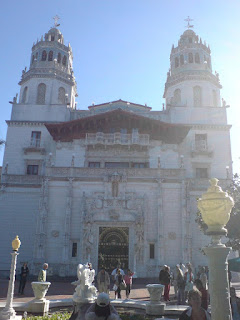 but inside a display of ancient furnitures: 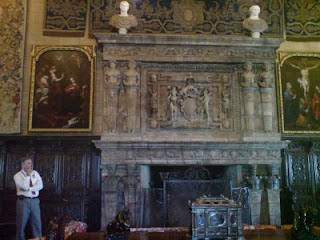 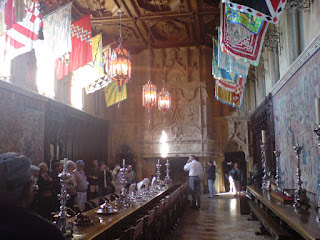 He of course had an indoor pool (with goldplated tiles on the floor): 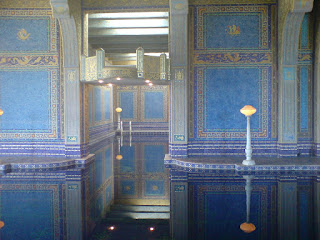 not to mention is outdoor pool: 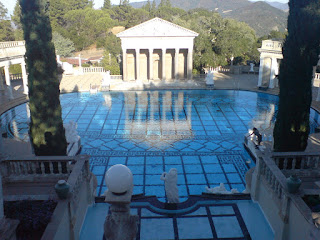 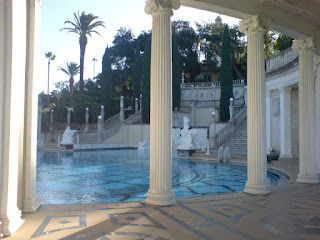 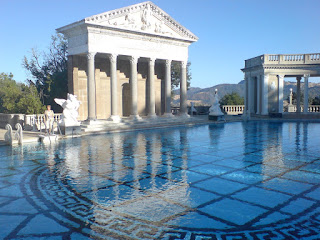 Tennis anyone? There was two courts next to the house: You have some old stuff in your backyard?
Hearst's had statues that were 3500 years old: 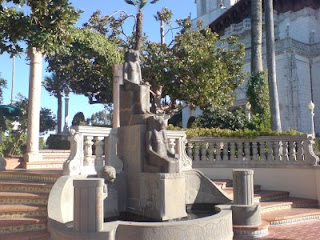 One of the guest houses: 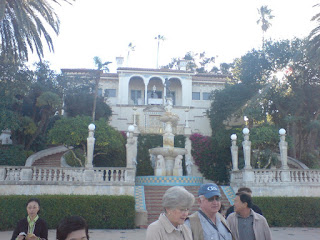 And he build it all high up on top of a hill (8 miles from the road) - just to be able to catch the wonderful view.
You like oceanview: 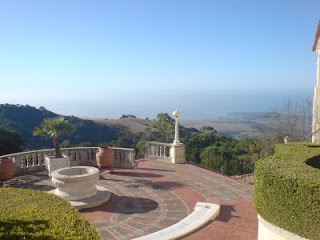 or mountainview? No problem at Hearst Castle! 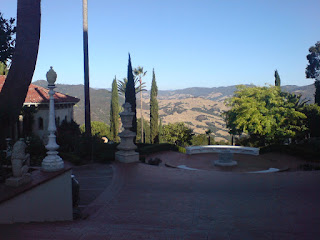 And my favourite place (of course), a real cinema: 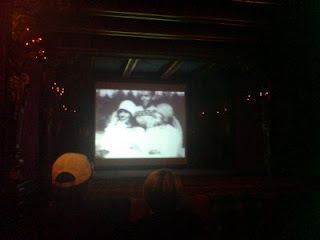 Hearst even used to have a zoo with different animals. Most of them are gone by now (like polarbears!), but the zebras still roam freely on the estate. Unfortunally I didn't get to see them though.

After the tour, I headed south again.

I ate a late breakfast at the lovely city of Cayucos, where I also dipped my feet in the ocean - and had a chat with the lovely girl in the beach/skate store - forgot to take a picture :( 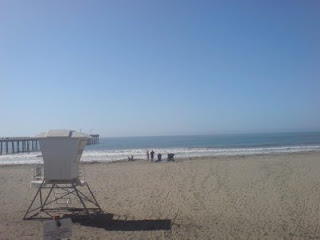 Onwards and ... downwards!
Drove a few hours and took some more photos on the way: 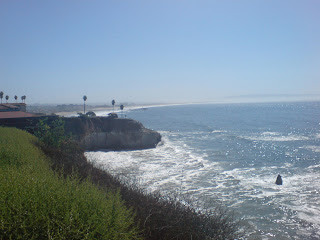 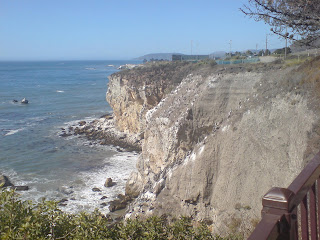 and yes - it is many many pelicans in the second photo.


I finally got to Santa Barbara, where I took a walk in a small suburb which I guess was really a outlet in disguise.

Back on the road again - almost there!
After Santa Barbara, the traffic started to be thicker, but it wasn't until I got only 15 miles from my hotel that the roads got stuck for real. Those 15 miles took about 40 minutes.
But after that - I was finally there. In LA - City of Angels!

Well, to be honest I am in Glendale, but for now - I consider myself being in LA.
(I checked Google Maps of the things I wanted to see in LA and noticed that most things were close to Glendale, hence the location)

Here I stay at Brandwood Hotel, a small, cheap hotel, that seems pretty good so far. :) 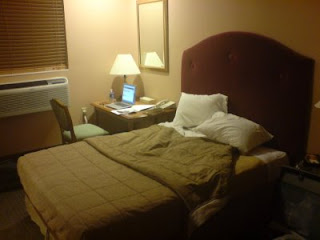 I checked in and went out to see the surroundings (stil haven't seen the Hollywood sign by the way - a bit dissapointed, but will see it tomorrow for sure).
I ended up in a small mall-ish place where I bought a few things and ate at a place called Frida - a mexican resturant that was really good. I ate Taco Campechanos and got really full - even if it was just three tacos. Oh, and I did it again, guys - I gave over 100% in tip! :)
This time it was actually intended (it was so cheap anyway). I had a young black man as a waiter - and he did a really good job. That should be awarded. He was probably the best waiter I have ever had. The best breast-less waiter anyhow. ;)

And do I have friends or do I have friends? Not only does my wonderful friend Jörgen act as my bank, he also checks out cheaper car rentals for me.
I might have a much better deal on the way, which mean I will keep the car all the way to Las Vegas. I will inform you how it went tomorrow.

And speaking of Las Vegas, I have now booked a room there. I was choosing a long time between the Luxor or the Excalibur - but I finally went for the old medieval castle for my residence in the desert city.

Hmm... I think this was all for today.
Good night everyone - tomorrow I will explore Tinseltown!
Posted by Halo at 6:44 am